De De Pyaar De actress Rakul Preet Singh is enjoying a bicycle ride and we too want to go on a ride. Check out the whole story to find out more.

Amid India slowly unlocking, actress Rakul Preet Singh was seen having a good time. She went out cycling on the streets of Mumbai. Rakul took to Instagram Stories, where she shared a string of videos of her cycling. In the videos, she is seen wearing a mask and dressed in a black t-shirt. "This is so much fun. So, I'm out cycling today," she said in the first clip, which she captioned "First time cycling". On the second video she wrote: "Dont Let your heart rate go up when you have a mask on". Also Read - Doctor G first look out! Ayushmann Khurrana aces the look of a surgeon with his geeky avatar

Rakul said: "Some form of cardio I haven't done before... for everybody who thinks that I am wearing a mask and not giving myself a breathing space. I am because yesterday there were a lot of comments that I shouldn't be walking with a mask on. I am not doing anything which increases my heart rate too much." The actress, who recently gained a fan following of 14 million on the photo-sharing website, will soon be seen in a cross-border romantic-comedy with actor Arjun Kapoor. Also Read - Trending South News Today: Dulquer Salmaan swoons fans with his boyish charm, Nidhhi Agerwal SLAMS people for circulating her 'unwanted' pics and more 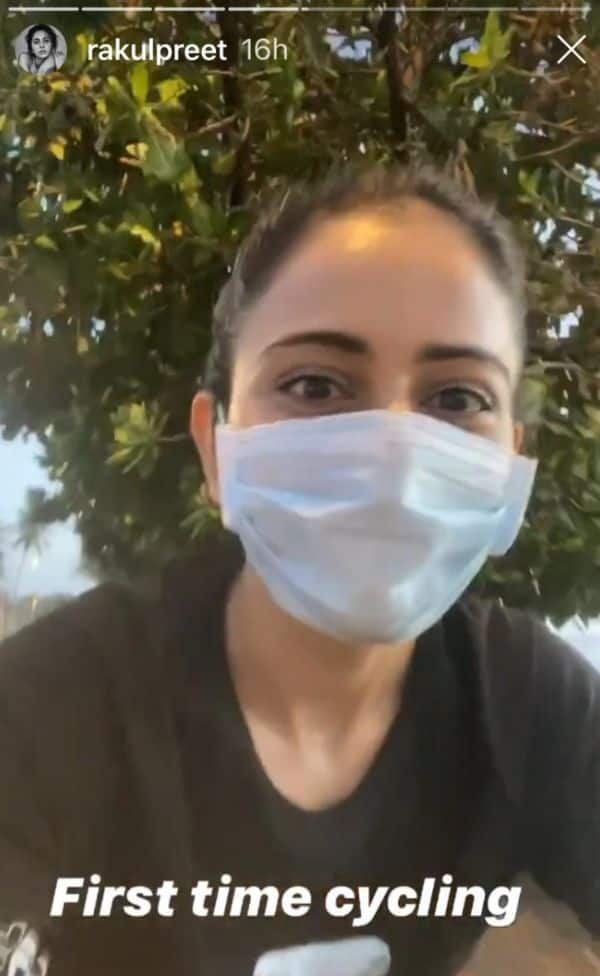