One of my colleagues got a private chat request from Boney Kapoor on Twitter, or someone masquerading as him where he asked for money.

Prolific Bollywood producer Boney Kapoor, we have a request for you. You better check your Twitter account, that you hasn't used since 20 September 2015 when you last retweeted your wife, Sridevi's post. Someone has hacked into your account and is asking for money from people. Yes, it's true and we have proof with someone close to our team. Also Read - BIG NEWS! Thala Ajith's Valimai to have a grand theatrical release during THIS festive weekend

One of my colleagues, based in Delhi, Amann Khuranaa got a chat request from Boney Kapoor on Twitter, or someone masquerading as him thanking my colleague for following him on Twitter. After my colleague acknowledged his thanks, the person who was faking Boney Kapoor asked him if he can help him. When Amann asked how, 'Boney Kapoor' requested him to send Rs 10000 to his account. When prodded from reason, the man replied it was for some Lucknow Show funds. My colleague agreed to this, and asked for his number which he gave one. Yup, we tried calling that, the phone rang but no one picked up the call. We checked on TrueCaller, but the result showed no name, just that it is a number from Gujarat. Also Read - Thala Ajith's Valimai, Rajinikanth's Annatthe and more: Check out the TOP 5 Tamil films fans are eagerly waiting for – view pics

Here are the screenshots of the chat conversation... Also Read - Valimai actor Kartikeya Gummakonda gets engaged to longtime girlfriend Lohitha Reddy; says 'my best friend who now is my partner for life' 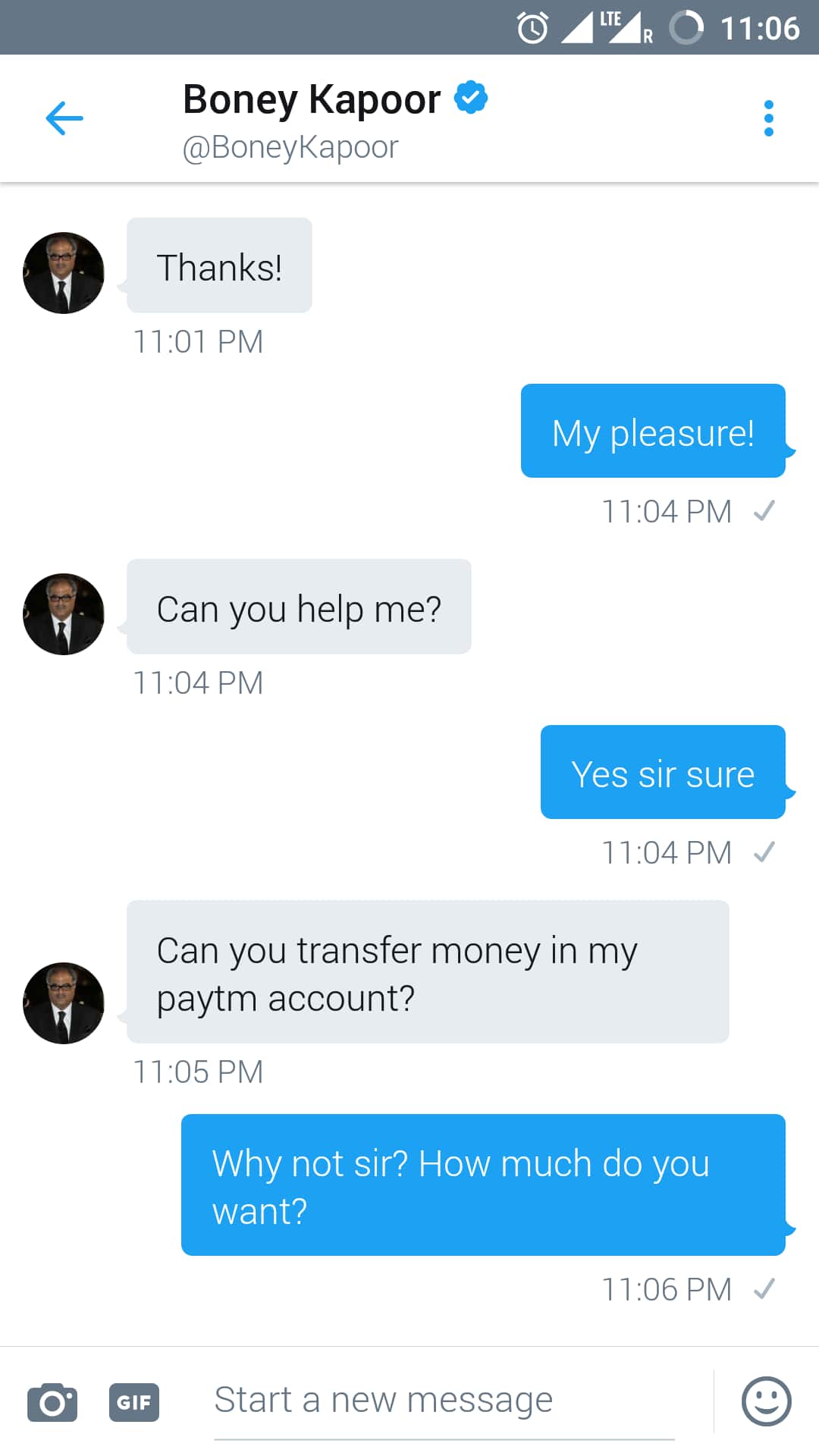 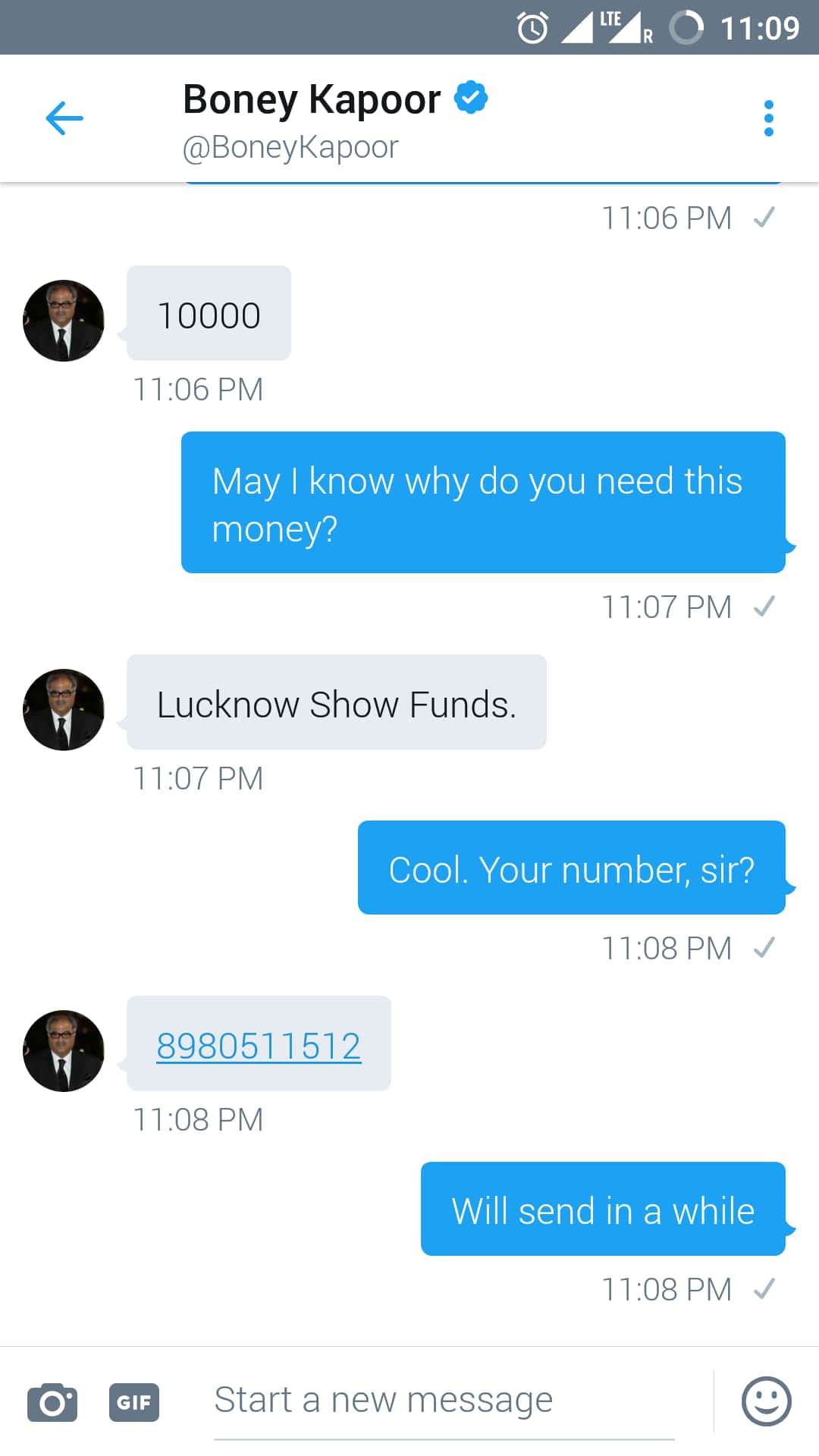 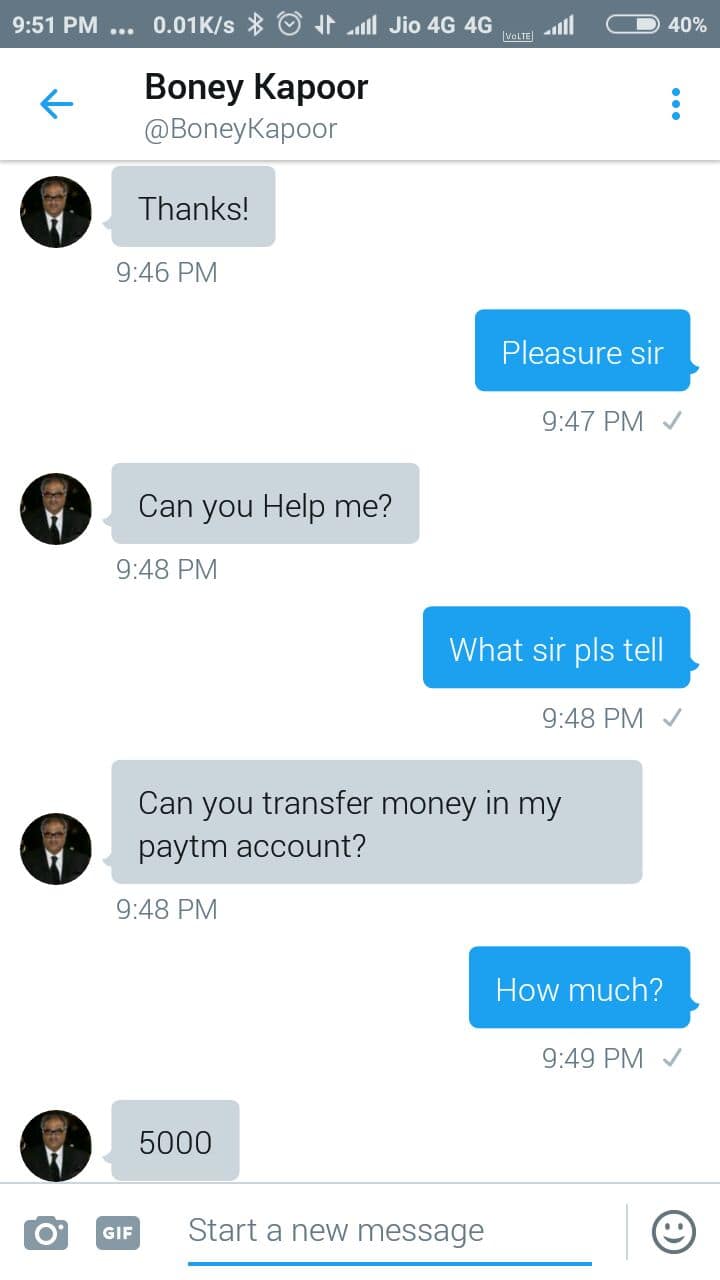 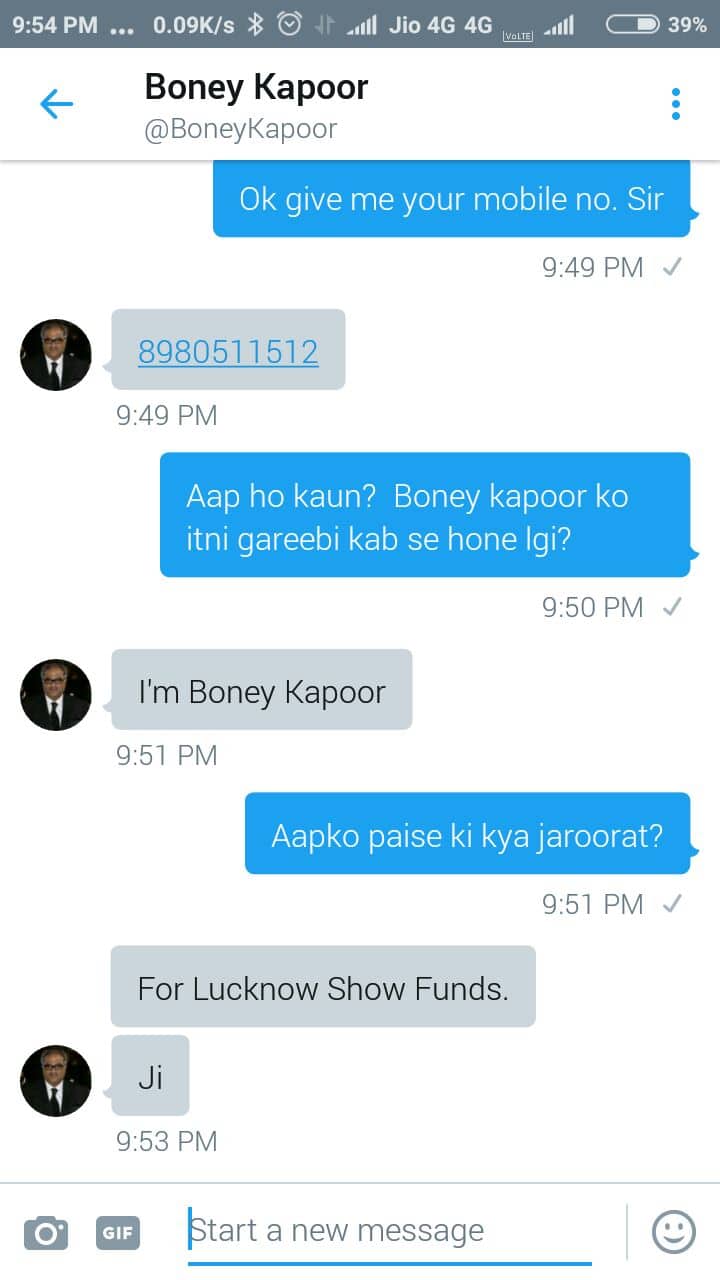 Thankfully my colleague and his friend were smart enough to understand that this was not Boney Kapoor, and they got to inform us.

People, please do not fall for these traps. We are sure Boney Kapoor hasn't fallen into such hard times that he has to 'beg' for money from his Twitter followers.

And Boneyji, please take the corrective action, before some poor soul does fall prey to this trap!