Music of Dear Zindagi is out and has total of eight songs which include a remix version and a classic reused twice in the album. 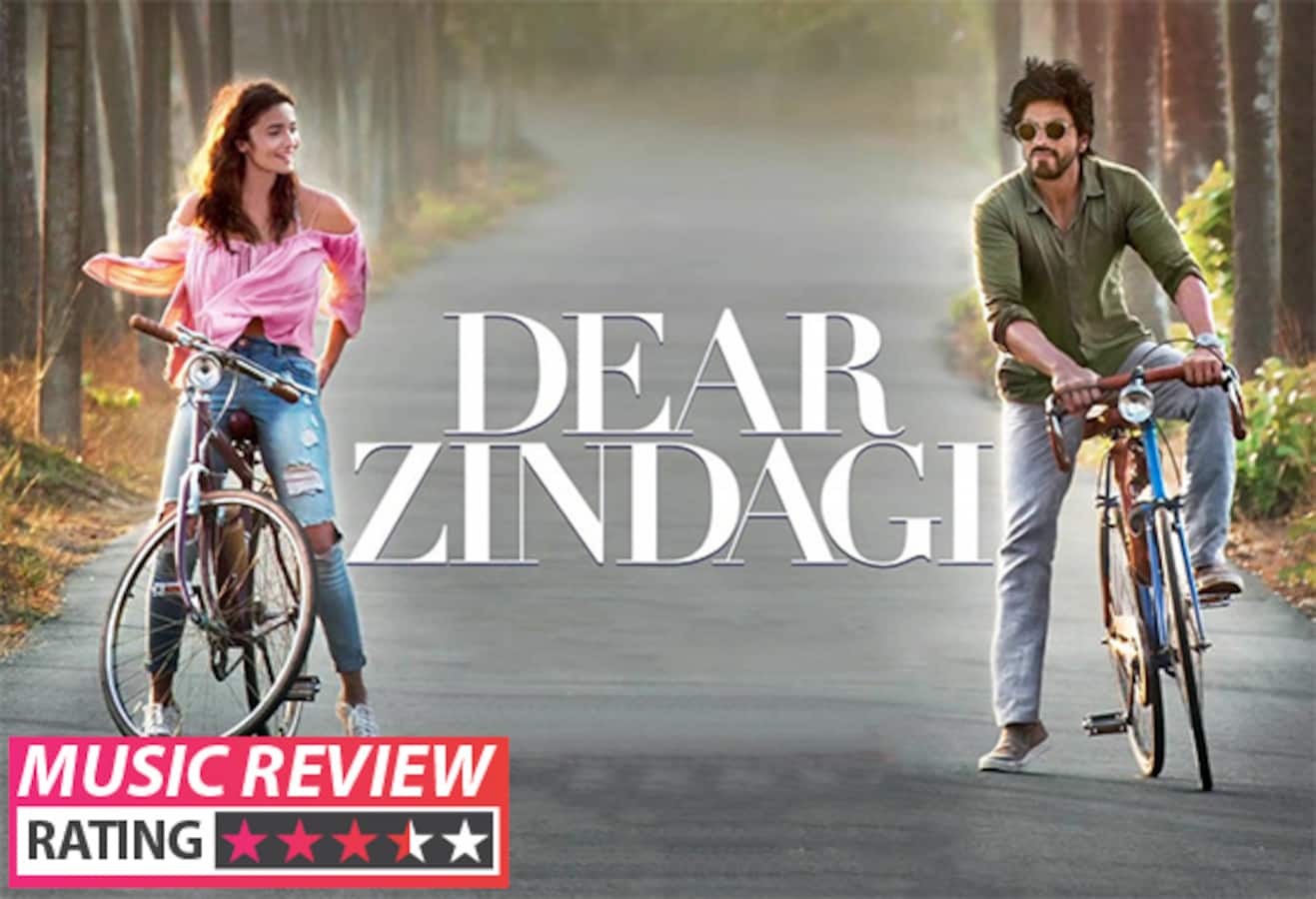 Music of Dear Zindagi is out and has total of eight songs which include a remix version and a classic reused twice in the album. Going by the trailers and the video songs seen so far, the film seems like a slice of life one and coming from a superstar like Shah Rukh Khan, it becomes more special. This will be his first film after Kabhi Haan Kabhi Na to have a similar feel. The film however has Alia Bhatt in the lead and also stars Ali Zafar, Angad Bedi, Aditya Roy Kapoor and Kunal Kapoor among others. The music of the film is by Amit Trivedi and has singers like Arijit Singh, Amit Trivedi, Vishal Dadlani, Jasleen Royal, Sunidhi Chauhan and Alia Bhatt. After a rather songless FAN, it's good to see Shah Rukh Khan have a cheerful and full of life film, with songs. Let's take one song at a time... Also Read - Trending Entertainment News Today: Ranbir Kapoor throws fan's phone, Gauri Khan sheds happy tears over Pathaan's success, Bigg Boss 16 elimination and more

This song is sung by Sunidhi Chauhan and has been ably supported by music composer Amit Trivedi. The song is about heartbreak and how one should deal with it. One of those moments when you have suffered enough and realise it's better to pick up your heart and move on with life. This song will connect with those victims of love. Sunidhi Chauhan's voice is heart felt but lyrics could've been better as it will only find takers in the young generation. Also Read - Pathaan: Kamaal R Khan claims that he urged Shah Rukh Khan to change title of the film but the superstar stuck to his guns [Read Tweets]

After the success of Raatein from Shivaay, Jasleen Royal is back again and once again her sweet, childish voice is music to the ears. The title track is ably supported by Amit Trivedi's vocals and in the time of Kaala Chashmas and Kar Gayi Chull, it's refreshing to have a tune and song in a slice of life zone. This song will make you love your life. This one's for those depressed souls. One life, live it.

How can an album be complete without Arijit Singh's presence in it? This quirky yet romantic track may catch up big time once the video is out as it seems like a situational track. The song however is not what we have been hearing Arijit Singh do lately. This song is perfect blend of those feel good songs of 70s and somehow reminds me of Mai Kya Karu from Barfi.

When you have Zindagi in your title, how can one do away without using one of the best songs on life, Aye Zindagi Gale Le from Sadma? At a time when classic are used, re-used, abused and misused often in different films, this is easily the best recreation. It actually is justified here and Arijit Singh is an apt choice for this one. However, the song is more of just the hook line and less of lyrics. But still this song will make you wanna go back to the original one, which is a good thing.

One song by Alia Bhatt in all her films has become mandatory now. More so when she has proved her singing prowess in the past with Samjhawan Unplugged from Humpty Sharma Ki Dulhania and Ikk Kudi reprised from Udta Punjab. Another version of Ae Zindagi Gale Laga Le is used here and is on the same lines as Khoya Khoya Chand from Shaitan. But I think she could have opted for a better song than a classic to go behind the mic this time round.

Okay, this club mix was not needed for an already cheerful track. The original song itself is refreshing enough. This one doesn't add enough to the mix. This song again doesn't do justice to Alia Bhatt's singing ability.

This is quintessential Arijit Singh romantic track and this song is my pick of the album. It is all about one's love for the girl of his/her dream. The apt use of saxophone adds to the greatness of this one.

After the The Break Up Song from Ae Dil Hai Mushkil, here's another song this year that celebrates breakup. It's rare to have fast paced break up songs and this is one of those rare songs of Bollywood. Sung by Vishal Dadlani, the song will find its way to dance clubs. Basically it's the hookline that does the talking. Also read: Alia Bhatt: I don't think Shah Rukh is supporting me in Dear Zindagi watch video

Overall, the album, like the movie's takes and video songs, are refreshing and will surely cheer you up at the end of a tiresome day. Amit Trivedi has brought something new to the table after Fitoor and Udta Punjab. As I mentioned earlier, for all those broken hearts and depressed souls, this is the album for y'all. Check it out here.