If you think Ranveer Singh looks irresistibly hot in any kind of makeover or avatar, you're absolutely right. The Padmavati actor recently attended Umang 2017 and it seems like he directly came to the event after shooting for the film. Ranveer looked completely different and we're very much talking about his face. The actor's face looked elongated because of the beard and he also sported kohl eyes. Now this only means one thing, this is what the actor is going to look like in his upcoming Sanjay Leela Bhansali film, Padmavati. Ranveer plays a negative role in the film and his look justifies it completely. Here's the complete look decoded for you guys. (ALSO READ: Umang 2017: Kangana Ranaut, Ranveer Singh, Tamannaah, Shahid Kapoor, Preity Zinta made the event a starry night – view HQ pics) Also Read - Alia Bhatt-Ranbir Kapoor announce pregnancy; these memes on Deepika Padukone-Ranveer Singh, Katrina Kaif-Vicky Kaushal will make you ROFL

Ranveer has applied kohl on his eyes which gives more depth to his character. It brings out his eyes prominently just like the original Alauddin Khilji. Also Read - It’s AWKWARD! Malaika Arora, Kiara Advani, Jacqueline Fernandez and other celebs caught off-guard 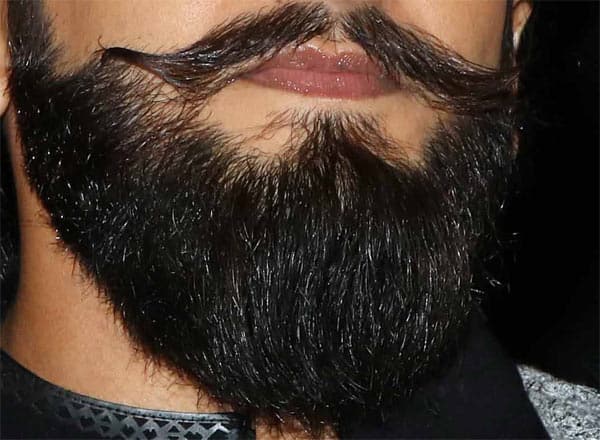 Ranveer also sports a double barrel moustache for the role. Not to mention, the moustache and the beard is just making him look sexier. 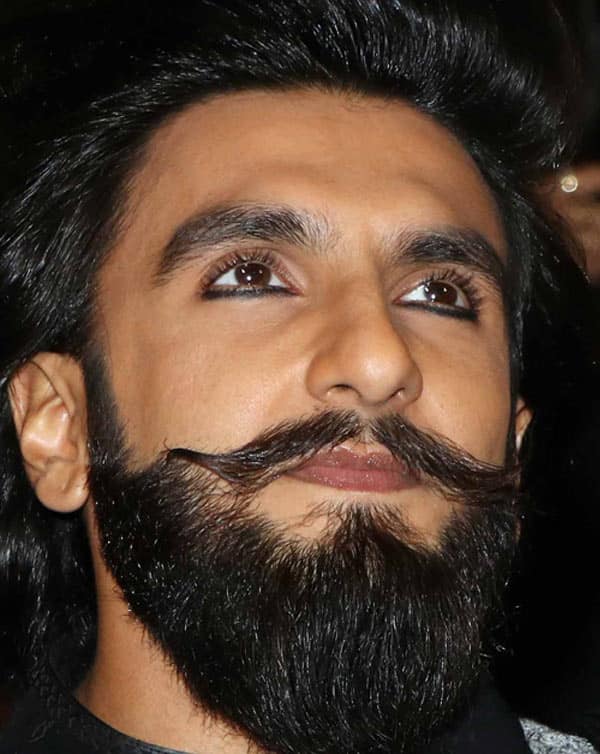 His face also looks unusually long because of the beard and some makeup, of course. The only thing that was missing was a turban or rather, a crown.

The outfit completes the look 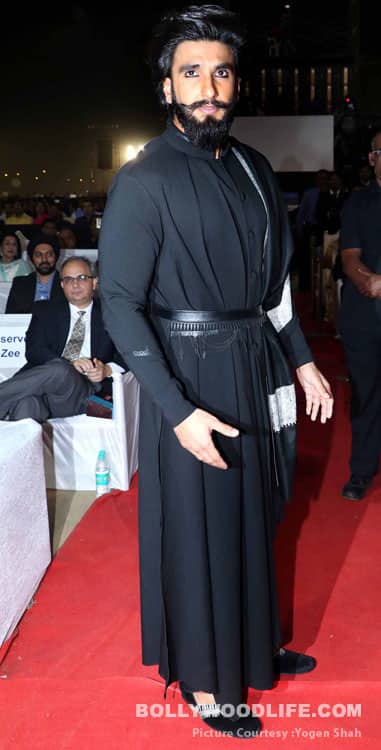 Ranveer was wearing robe-like outfit to the event and his outfit just complimented his look better. You can't help but notice how good Ranveer's hair looks in the pictures. In addition to that, his eyes just steal focus from everything else. Quoting Kareena Kapoor Khan from Kabhi Khushi Kabhi Ghum," Tumhara koi haq nahi ke tum itne hot lago." Obviously, I changed the dialogue a little to suit the situation here and this might be the third or fourth time I'm saying this, but Ranveer looks so damn hot as Alauddin Khilji.

Shahid Kapoor and Deepika Padukone's looks for the film haven't been revealed yet. We can't wait to check their look out for the film. Meanwhile, you guys check out these pictures of Ranveer Singh as Alauddin Khilji at Umang 2017. The event was attended by a lot of Bollywood celebrities like Preity Zinta, Shilpa Shetty, Shahid Kapoor and so on.