DECODED: This is the kind of pattern the Academy Award is following when awarding black artists!

In a span of three decades, we've noticed this odd pattern that the Academy Awards follows when awarding a black artist so take a look at our analysis!

Yeah, you'd be surprised to see this! Read on...

One of the most prestigious awards, the Academy Awards is something that everyone looks forward to. The movies or actors who make it to even the nominations list have something to be proud of! However, here's a fact about the Oscars that has always been disturbing. The racism that takes place every year while giving away the awards or even nominating for that matter. Now just was I was pondering over this fact, something struck my head like lightning. If you think about the whole way of functioning of the Oscars, you'll notice this pattern of how the awards are usually given to the black artists in a matter of two years' gap. Also Read - Oscar Awards 2016 Red Carpet: Priyanka Chopra, Lady Gaga, Rooney Mara, Olivia Wilde - are these beauties supporting #OscarSoWhite?

Now I'll explain a little in detail. The first black man to have won the Oscars in a lead role was Sidney Poiter for Lilies of the Field in 1963. Being the first black man to have won such a prestigious award was in itself something to be proud of. However, I won't get to the extremely old years. I'll start straight from the year 1989 when the pattern became more prominent. So in 1989, Denzel Washington won Best Supporting Male for Glory. And in the next year i.e. 1990 Whoopi Goldberg for Ghost. But post that, there was a major gap of almost five years before Cuba Gooding Jr. won an Oscar, again in a Supporting Male category in 1996 for Jerry Maguire. 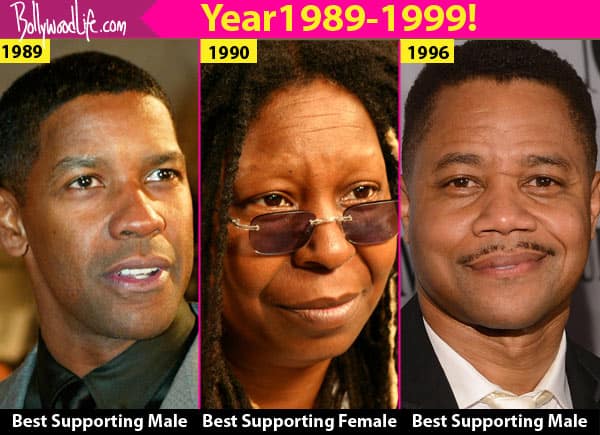 The next time instead of one black artist, two of them won in 2001 and that too for lead roles, Densel Washington for Training Day and Halle Berry for Monster's Ball. Again there was a gap of three years before two more black artists won in 2004. Jamie Foxx won for Ray as the Best Lead actor and Morgan Freeman won Best Supporting Male for Million Dollar Baby. In a two years' gap, third time did two black artists won Oscars in 2006. Forest Whitaker won Best Lead Male for The Last King of Scotland and Jennifer Hudson won Best Supporting Female for Dreamgirls. 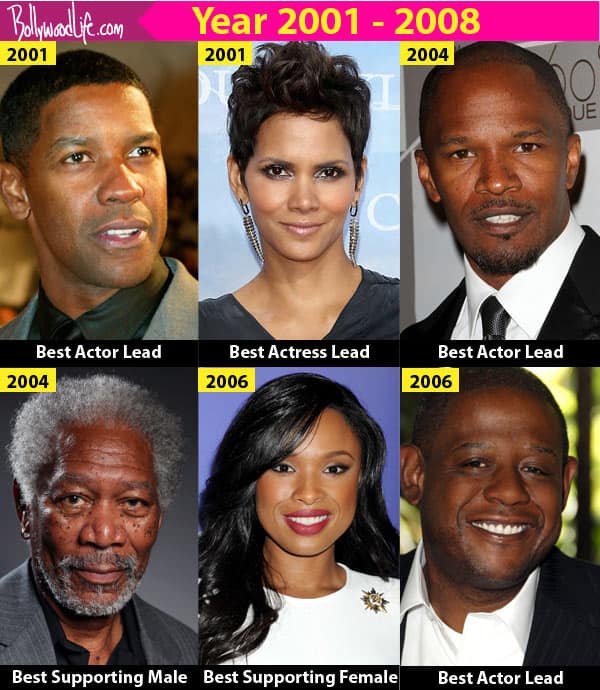 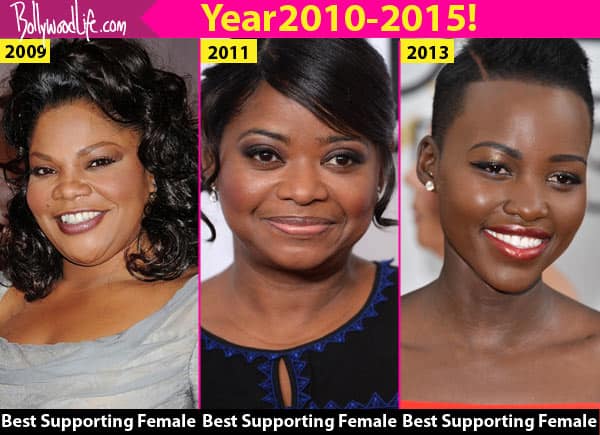 Do you notice the pattern that they have been following? Now again since 2013, no black artist has won any award and in fact, this year, none of them have even been nominated! So will the pattern of awarding a black actor after five years come in place now? As you can already see that they are following this odd framework where based on the number of black actor films coming out and based on the number of years since the last black actor win. In fact, Michael B Jordan's performance in Creed, was very much deserving to have his name in the Best Actor Lead's nomination. However, that ain't happening because the pattern will be broken! Don't you think so too? The Academy Awards has anyways been framed to be very racist. And somehow this pattern of giving out awards is literally fitting pretty well.

Do you BollywoodLifers agree to this? Do you think the Oscars is being more favourable to the white actors? Tell us what you think in the comments section below!