Marvel Studios and the Russo Brothers dropped the new Avengers: Endgame trailer and here's what we learnt about the upcoming MCU summer movie release.

Joe and Anthony Russo stunned Marvel fans by dropping a new Avengers: Endgame trailer. The new visual was packed with nostalgia, hope and a funny moment. But there were some moments that stood out and got our jaws dropping. The first scene in the trailer featured Iron Man recollecting his journey from Iron Man to Avengers: Endgame. While we had already seen the helmet recording Tony Stark’s message, we were finally given a better look at Tony’s ride back home. The spaceship looks damaged and that explains Tony’s concerns of making it back home. Also Read - Avengers: Endgame actress Gwyneth Paltrow reveals the interesting backstory behind her best-selling candle brand ‘This Smells Like My Vag*na’ – watch video

When the camera spanned out to show the galaxy, our hearts hoped that Captain Marvel would miraculously show up. Blame it on the art work we’ve seen on social media. Coming back to the trailer, the clip goes on to look back at Captain America’s journey from The First Avenger to Avengers: Endgame before showing Steve Rogers’ sad face popping up on the screen. Also Read - RM proves he's a TRUE Marvel fan by identifying Avengers: Endgame's soundtrack; here's how BTS members reacted – watch video

The trailer then elaborates Hawkeye’s inclusion in the movie. It shows Natalia Romanova comforting the new version of Hawkeye after we saw Clint Barton training his daughter with a bow and arrow. It is evident that the superhero was grieving. We assume that he lost his family after Thanos snapped his fingers in Avengers: Infinity War.

Like the walk down the memory lane of the past decade wasn’t emotionally unsettling enough, they had to place the Avengers disintegration scene from Infinity War to make it difficult to breathe.

The trailer features a scene showing Ant-Man perplexed at the posters on the poll. Look closely, you’ll noticed that the poll is covered with posters of missing people. The scene obviously takes place after he’s out of the Quantum Realm.

In Avengers: Infinity War, Rocket was seen beside Thor. In the new Avengers: Endgame trailer, Rocket Raccoon seems to have found a new partner.

After Thor and Captain America, Jeremy Renner sports a new hairdo in the movie.

Black Widow has various expressions throughout the trailer. But there is one portion where she is seen aiming in the centre of the shooting range and it shows, she’s ready to beat Thanos up.

There must be something terribly wrong in Avengers: Endgame that Captain America is angry.

We think that Ant-Man resizes and finds his way around a messy set up when he’s in the Quantum Realm. 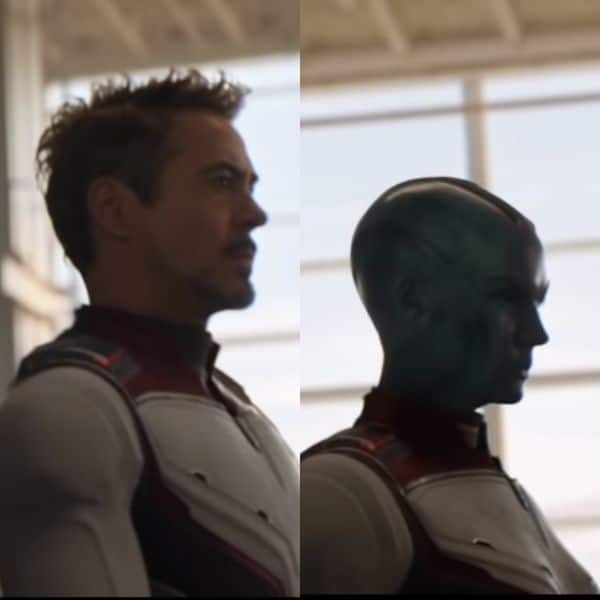 Well, we don’t see the two superheroes meeting but Iron Man is following Captain America’s lead and it brings back memories from The Avengers, when everyone turned to Cap as Loki attacked the Earth. 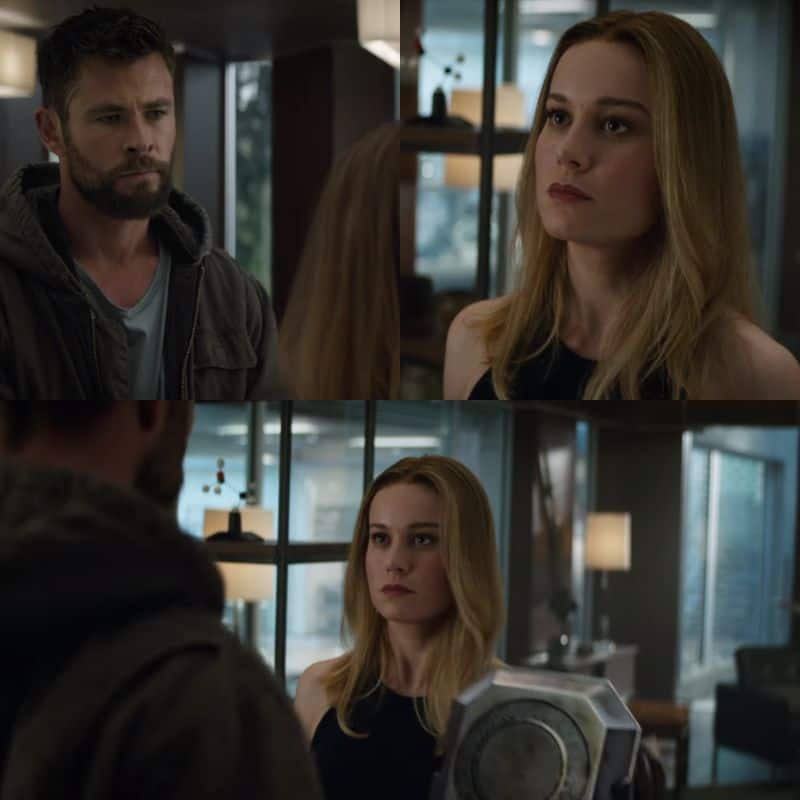 Last but not the least, we loved how Thor and Captain Marvel met. His approval of Carol was all we needed today.

Avengers: Endgame releases on April 27. Are you excited about it? Tweet to @bollywood_life and let us know.