They are two of the hottest starkids in B-town and they have already made enough noise about their Bollywood debuts even without saying a word. Yes, we are talking about Sridevi's daughter, Jhanvi Kapoor, and Saif Ali Khan's daughter, Sara Ali Khan. Don't know about you, but we are definitely vouching for both of them and we have our bets placed on them both! Why? Because they are both Bollywood ready and the competition between them is fierce! From handling the paparazzi to knowing how to be in news, Jhanvi and Sara know the tricks of the trade already. Also Read - Sara Ali Khan's EIDI to her fans with a picture with Taimur, Jeh, Ibrahim and Saif Ali Khan is too ADORABLE to handle – view pics

The paparazzi is clearly OBSESSED with them and follow them everywhere. People are interesting in knowing each and every detail of Jhanvi and Sara. Where they go, who they meet, what they wear – everything about them is literally “scanned”. Of course they are popular.. so is almost every starkid, but Jhanvi and Sara are stars already! Without wasting much time, here's taking a look at six reasons why Jhanvi Kapoor and Sara Ali Khan are stars in their own right. Take a look! (ALSO READ: Is Jhanvi Kapoor desperate for Ranbir Kapoor’s attention?) Also Read - Janhvi Kapoor, Suhana Khan and more star kids set the sun on fire with their HOT AF backless outfits

While we are yet to get a glimpse of their acting chops, one thing is for sure, both Jhanvi and Sara have their style game right on point! I mean, look at them - be it heading to the gym or decking up for a party - both these lovely ladies know how to look gorgeous! I mean, they can even make a boring gym outfit look trendy! These pictures from their latest outings are proof... Also Read - Sara Ali Khan's aunt Saba Pataudi BREAKS her vow within a week, treats us to adorable clicks of her niece and Ibrahim Ali Khan 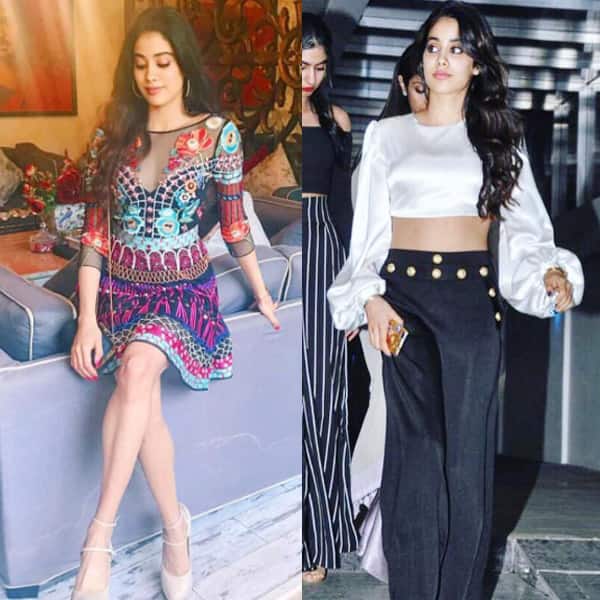 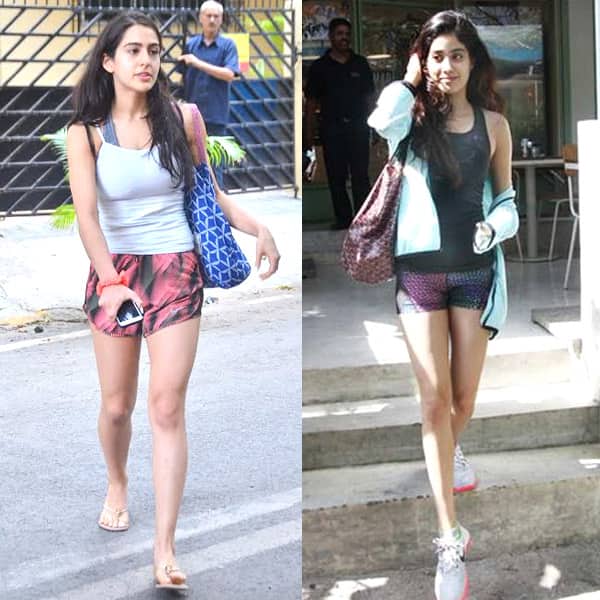 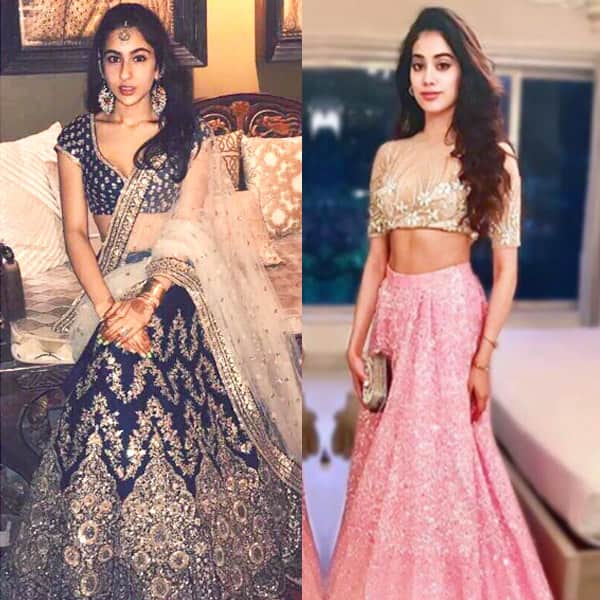 From movie outings to casual airport spotting; no matter where Jhanvi and Sara go, they are always and I mean ALWAYS paparazzi ready. Moreover, they know very well as to when and how to strike a pose and when to look away from the camera. Looks like their celebrity parents have given them enough training? Hmm... 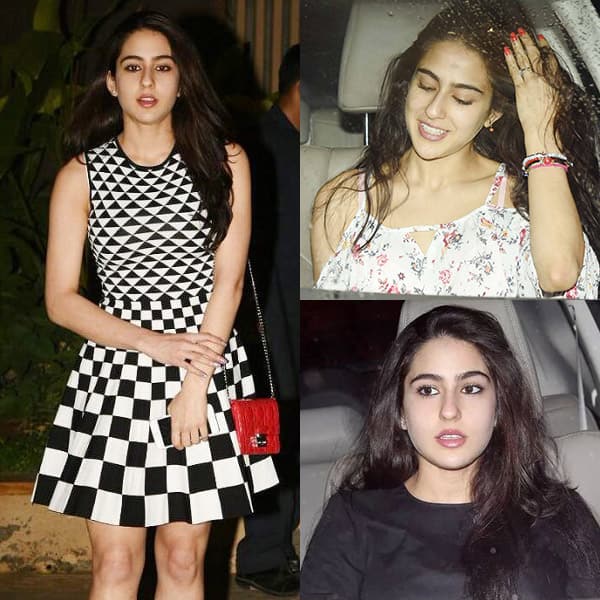 It has been over a year since we have been hearing about stories of Jhanvi and Sara's Bollywood debuts. Initially it was reported that they will be starring in Karan Johar's SOTY 2, then came the reports that Jhanvi has been roped in for the Sairat remake opposite Ishaan Khattar. As far as Sara is concerned, there were rumours that she would be a part of Harshvardhan Kapoor's next, Bhavesh Joshi. Soon after that, reports stated that she will be starring in Abhishek Kapoor's next film, Kedarnath, which also stars Sushant Singh Rajput. So what we are trying to say here is that both these hotties have managed to make it to the headlines almost every other day, thanks to their filmy connections! Now that's quite a strategy, no? (ALSO READ: [Photos] Back from Kedarnath, Sara Ali Khan unwinds with one of her girlfriends in Mumbai) 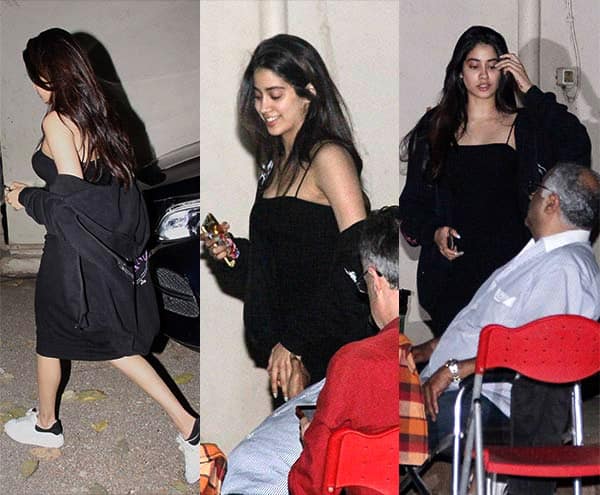 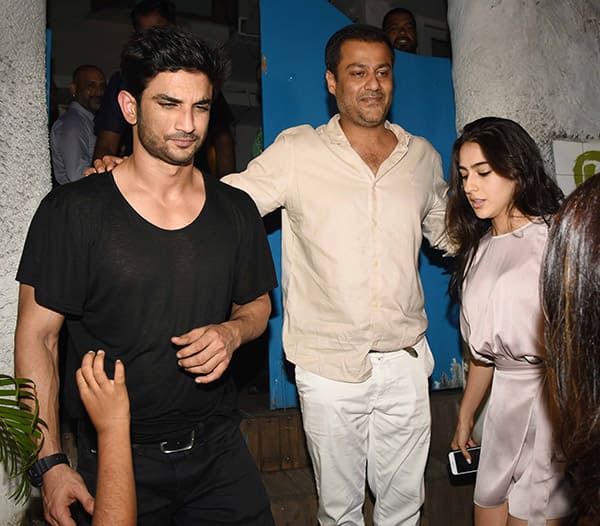 Jhanvi and Sara are mingling in the right social circles ever since the very beginning. Since Jhanvi will be making her debut in a Karan Johar-starrer, she has been a regular at his parties. Not just that, she's also found a palce in KJo's gang which has Manish Malhotra and his favourite student, Alia Bhatt. In fact, we hear that Jhanvi has replaced Ms Bhatt in one of her upcoming movies. Talking about Sara, she has also been very frequently spotted with Karan at parties. If that wasn't enough, she has been working out with Malaika Arora Khan, and of course there's always Kareena Kapoor Khan to guide her with her career in Bollywood. So, both Jhanvi and Sara are sorted like that. Don't you think so? 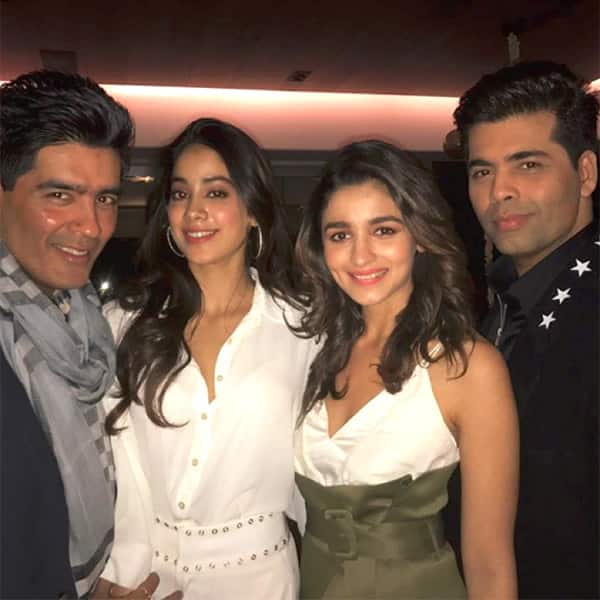 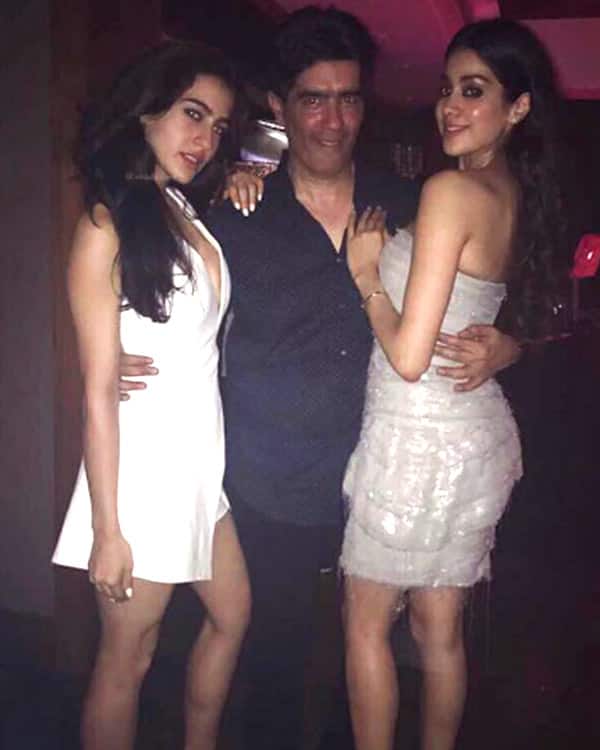 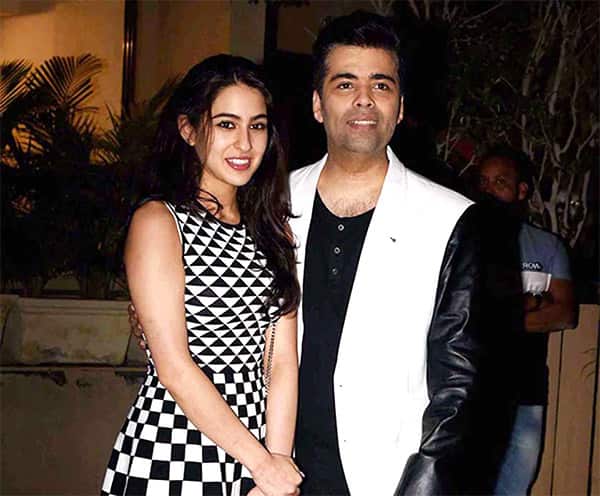 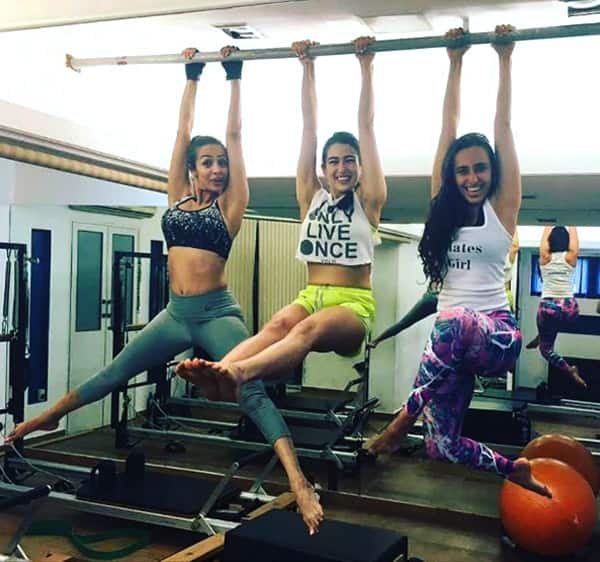 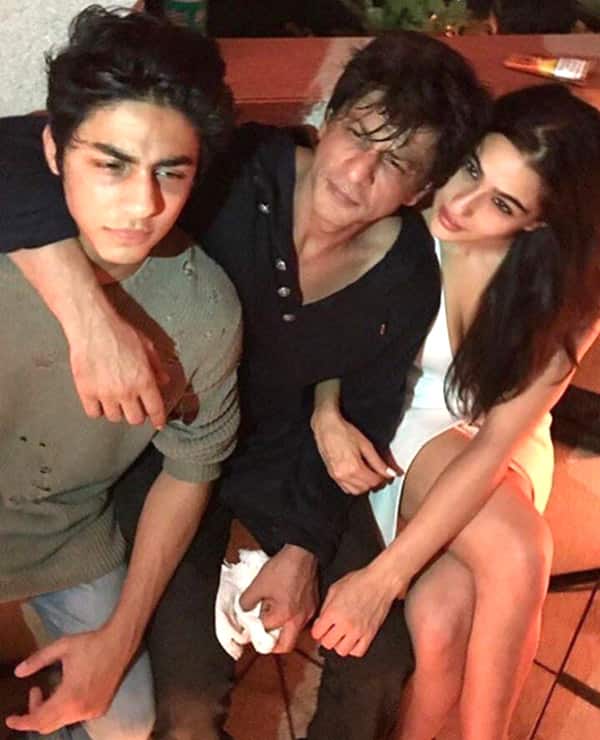 Keeping the mystery around their relationships alive 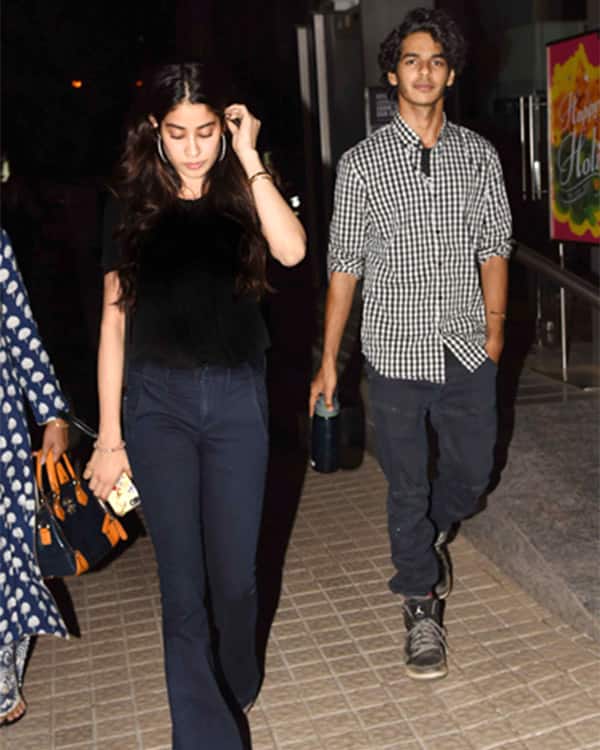 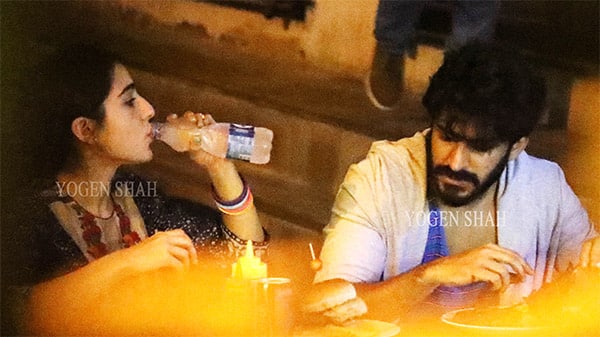 Social media is flooded with Jhanvi and Sara's pictures. They don't have official social media accounts as of now, but they have fanclubs already which keep sharing their pictures from their latest outings. I mean, what better a way than to be in the limelight through social media? (ALSO READ: Sara Ali Khan – Sushant Singh Rajput or Jhanvi Kapoor – Ishaan Khattar – Which hot pair are you vouching for?) 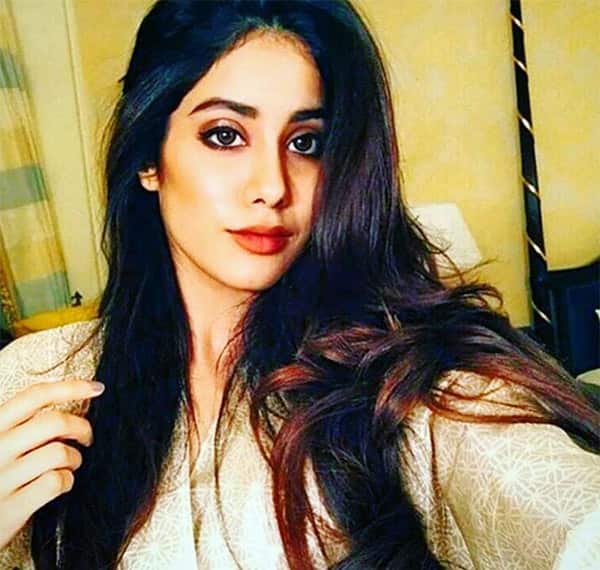 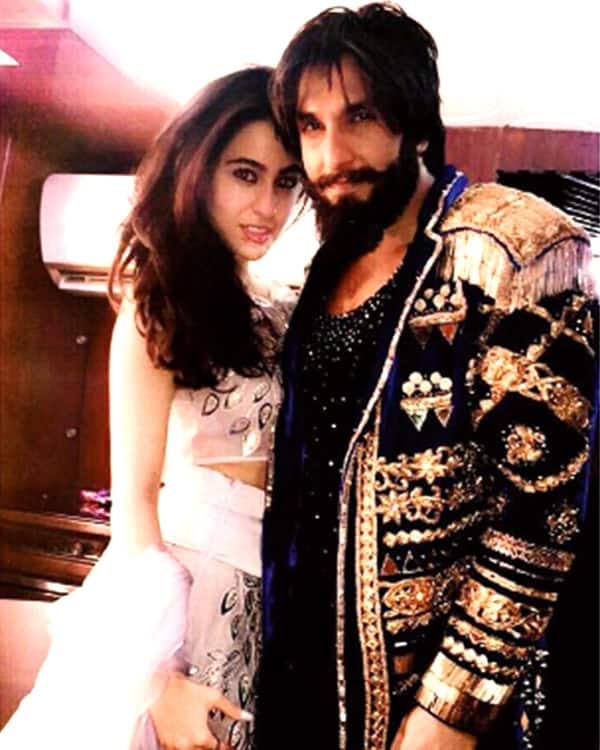 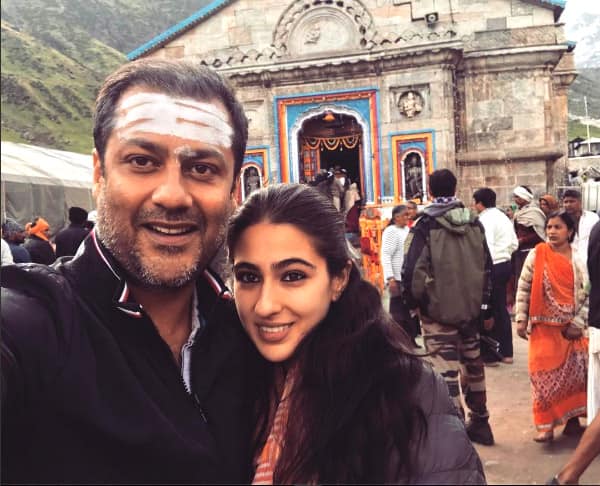 So all in all, we think Jhanvi and Sara are both stars already in their own way. But are they great actors too? That only time will tell!