20 solo outings in 2017 and just one together - are Deepika Padukone and Ranveer Singh back in the singles club?

We do not know if Ranveer Singh and Deepika Padukone are in their Padmavati characters or if they have indeed gone solo. We have 21 pics of the couple in 2017 that hints that something is amiss.

Deepika Padukone and Ranveer Singh together make a perfect couple. For quite some time now there have been talks of trouble in their paradise. While both the parties have refrained from making it public their 2017 calendar hints something is amiss. Well, for a couple who made us blush with their PDA and lovey-dovey quotes, Ranveer and Dippy are lying pretty low in the last few months. While we understand that the two successful stars are busy with their work and that Deepika's Hollywood debut has kept her out of town for long, one cannot help but wonder if all's well in their love story. We were in fact, missing this duo's pictures together - remember how they matched their attires and sometimes even their expressions. Ranveer often spoke of how beautiful Ms Padukone is and also her talent and Deepika did not shy away from taking credit for Singh's fancy fashion outings that left everybody talking. But that was loooooong ago. Also Read - Pathan: Deepika Padukone going the extra mile for Shah Rukh Khan's action thriller — find out how 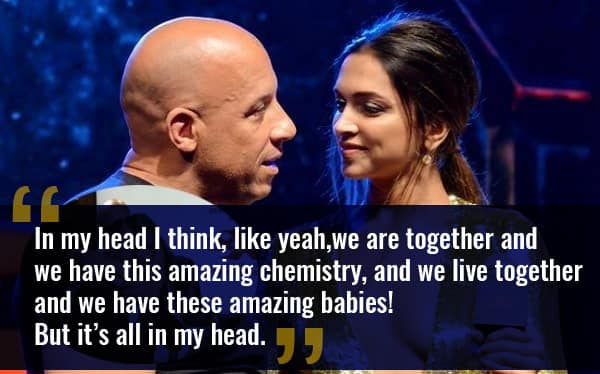 Many argued that the actress was just trying to be funny, however at a recent event when Deepika was asked if she was single or still dating Ranveer, her answer kind of left everyone present a little puzzled. Also Read - Deepika Padukone, Anushka Sharma and more Bollywood actresses who are Daddys Darlings; refused to change surnames post marriage 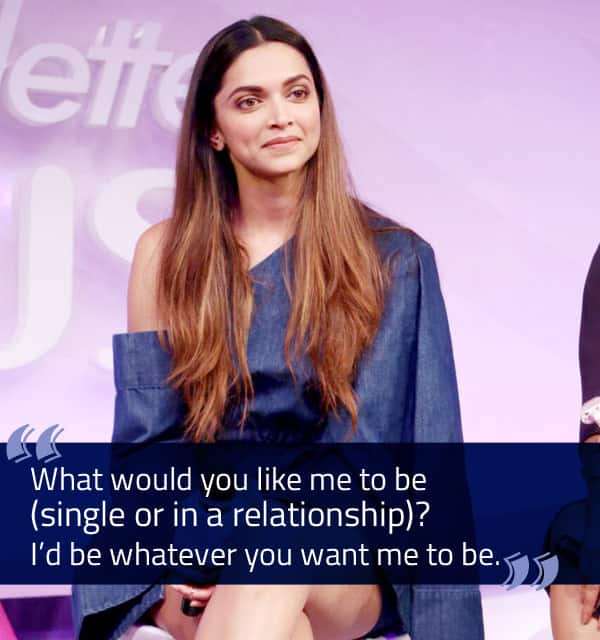 And that's when we decided to take a look at both Ranveer and Deepika's outing and we're certain like us you too will be a little surprised to see that they have steered clear of each other...

Here's a look at the January calendar...

Deepika took off from Mumbai a couple of days ahead of her special day on January 2. She got busy with her film's promotions, but Vin made sure that she had a grand birthday in Mexico. That's not all he even walked into an interview to hand over her birthday present. 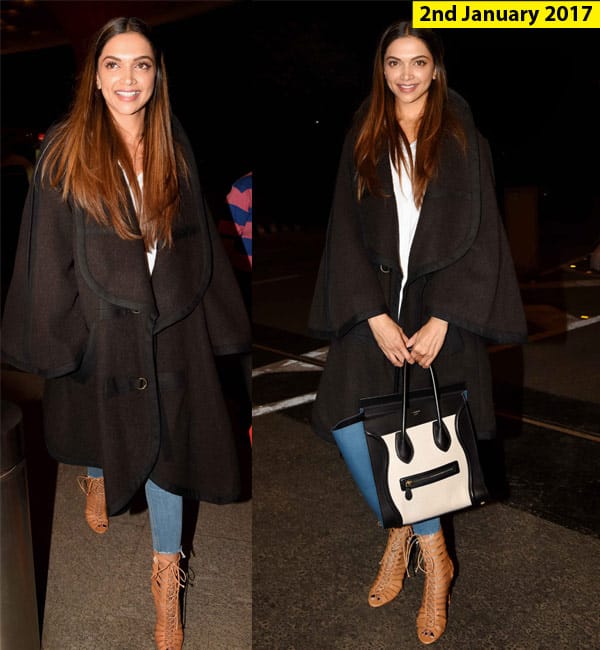 The couple has also been spotted by fans bringing in the New Year's together, but not this time around. 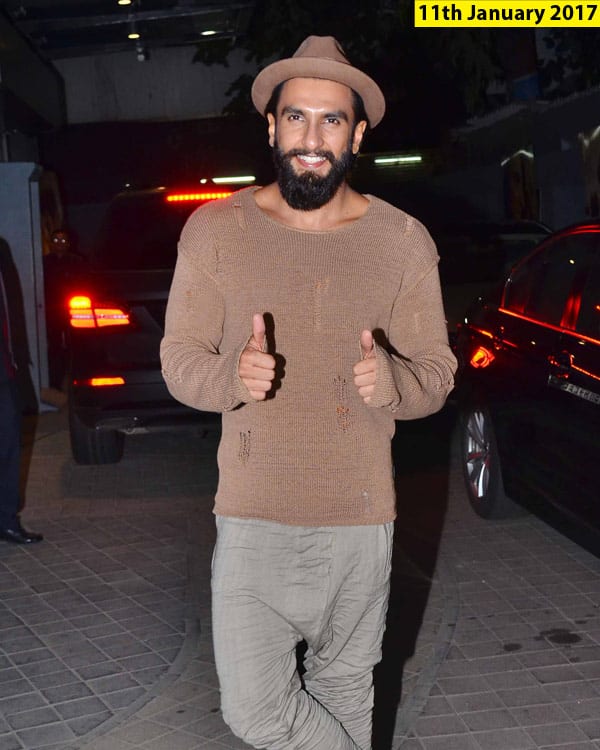 Meanwhile, Ranveer Singh was back in Mumbai and prepping for Sanjay Leela Bhansali's Padmavati. While the actor maintained a low profile he was spotted on January 11 at the OK Jaanu screening in Mumbai. RS looked hot and happy. 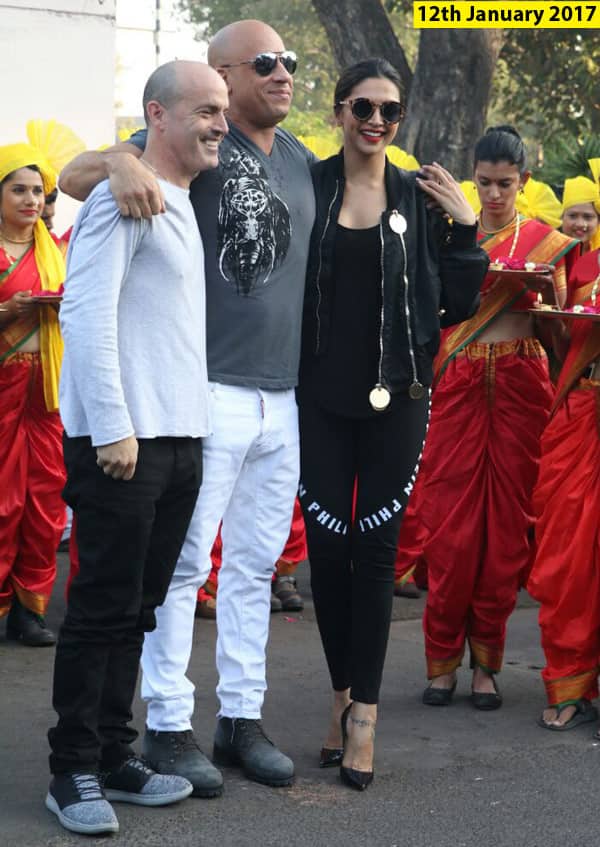 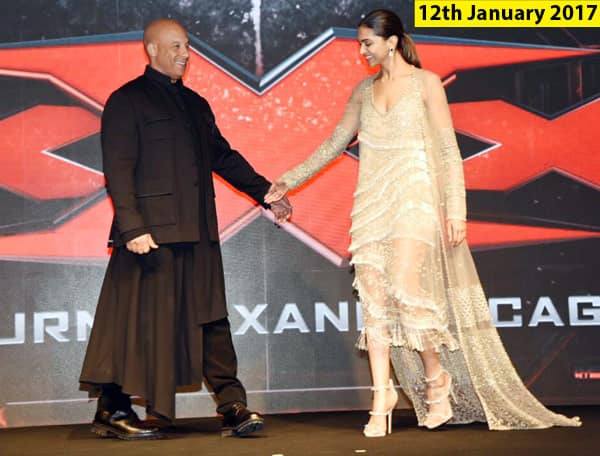 Deepika did come to India for the premiere of her Hollywood film, but again she was accompanied by her co-star Vin Diesel and director DJ Caruso. Then came Deepika's Ellen stint that was much talked about. 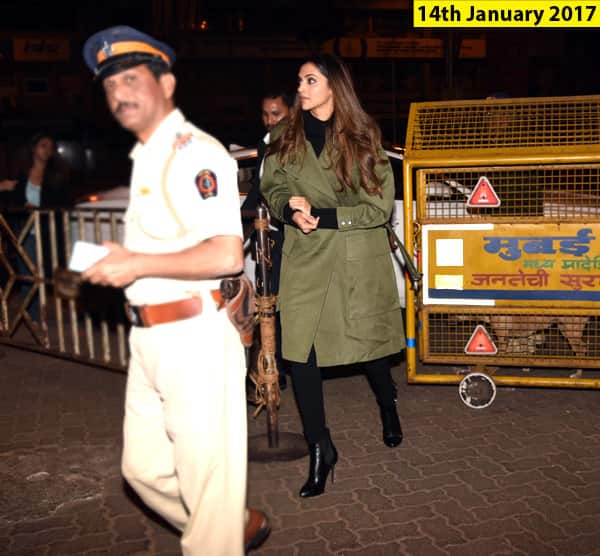 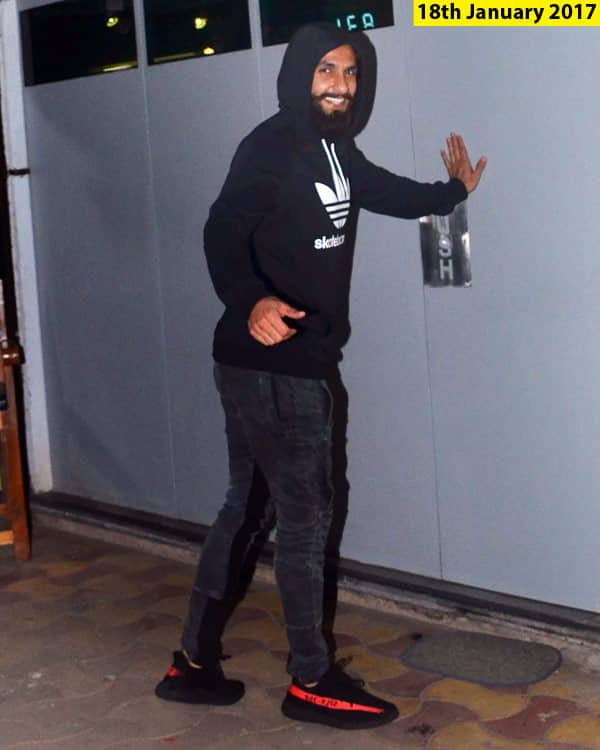 Ranveer on the other hand, seemed to have dived into his movie, Padmavati. We spotted the actor trying hard to hide his new look of Allaudin Khilji. 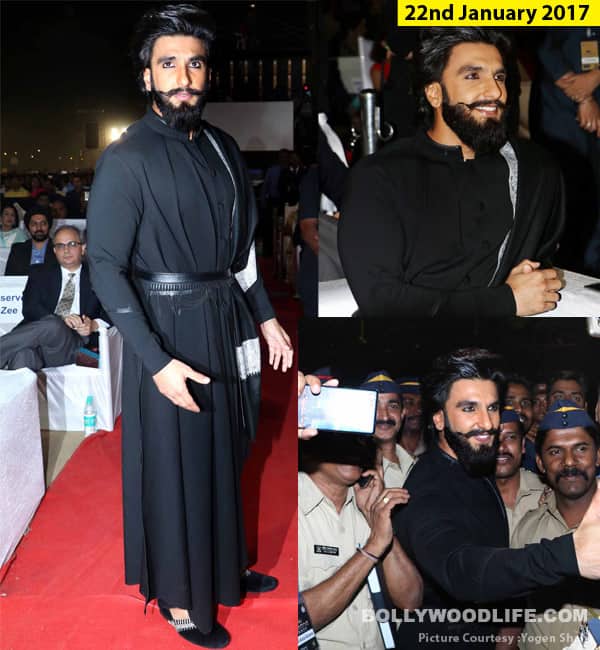 He was also seen at Umang, where we realised that SLB had managed to transform Bajirao yet again. 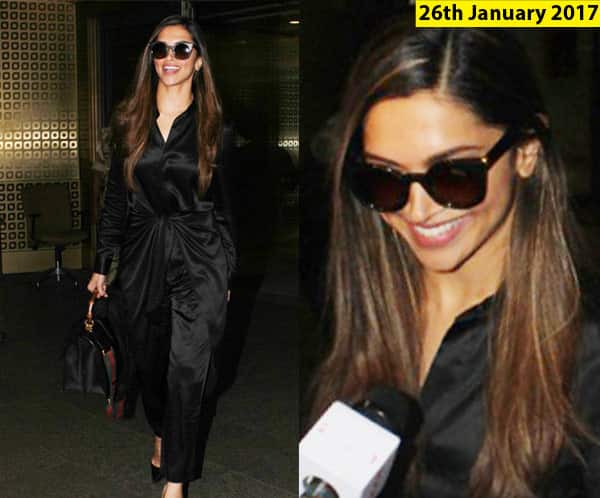 Deepika was back in Mumbai on January 26, we spotted the actress at the Mumbai airport looking stunning in an all black avatar. The actress looked happy and was all smiles. 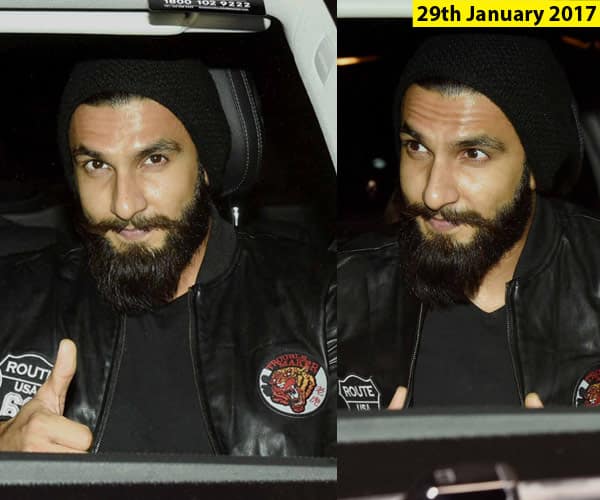 And guess what a couple of days later we spotted Ranveer Singh at a movie theatre. Nope, he wasn't accompanied by his ladylove but was seen with his sister. 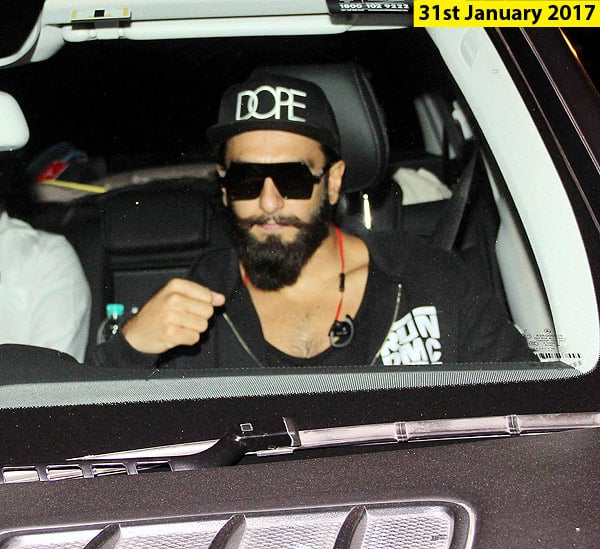 Ranveer made another solo appearance a couple of days post this movie outing.

One would wonder if love was in the air for these two lovebirds in February, unfortunately not! 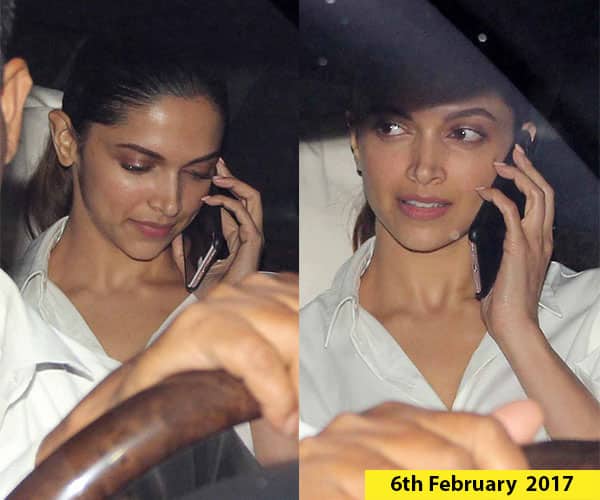 But looks like the Valentine month was no different for Deepika-Ranveer. Deepika went solo, as she partied at producer Vidhu Vinod Chopra's pad in Mumbai. The actress left from Mumbai and returned a couple of days later from the China leg of her film's promotions. 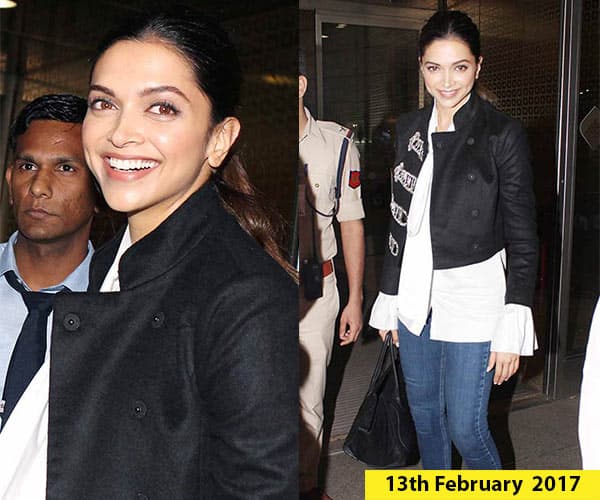 However, Deepika left India just a day before Valentines Day, while Ranveer was right here in Mumbai. 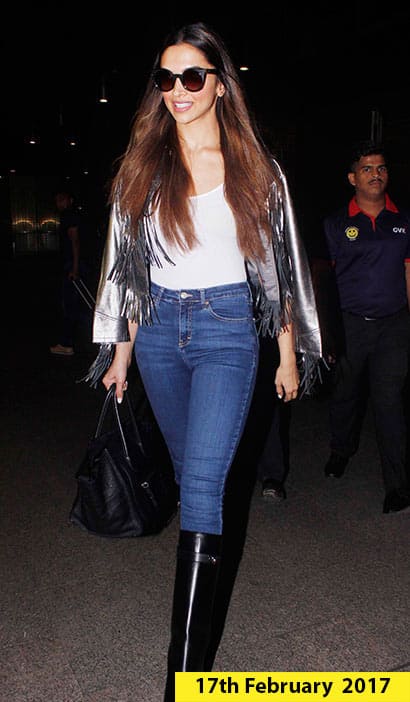 The actress attended the New York Fashion Week 2017 and returned a few days later to Mumbai. 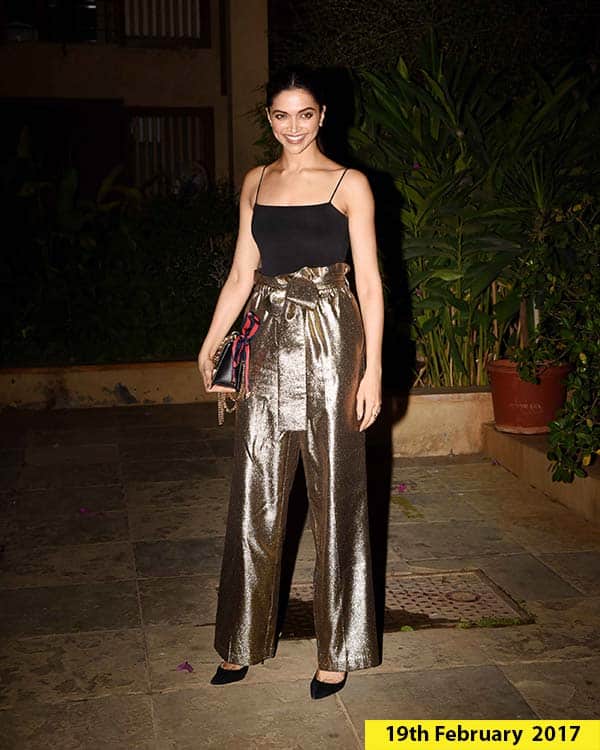 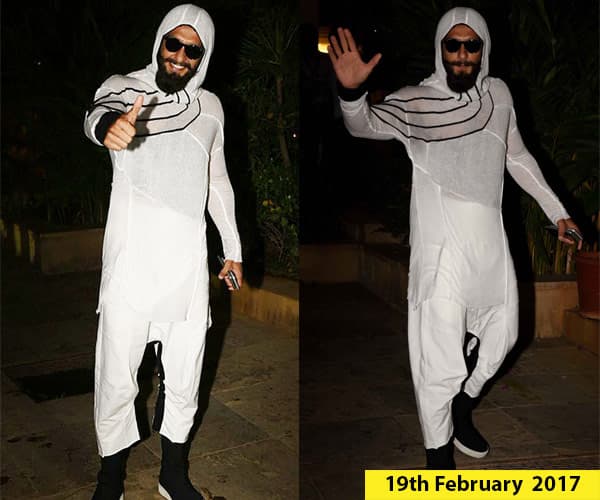 Ranveer and Deepika together attended Shahid Kapoor's starry pre-birthday bash, but they arrived separately and in fact left at different times. Speculations were rife that Ranveer was seen bonding with Deepika's arch rival Katrina Kaif at this party. 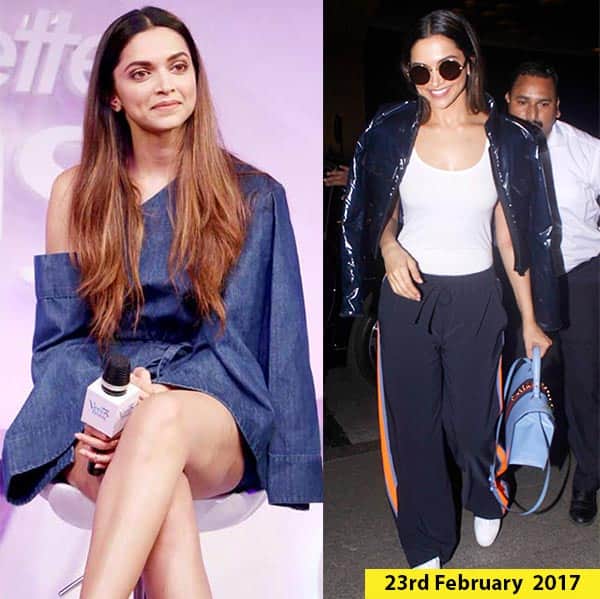 Deepika then attended a brand promotional event where she confused journos about her relationship status further by making some very vague comments. Ms Padukone left for the Oscars 2017 post this leaving fans even more anxious. 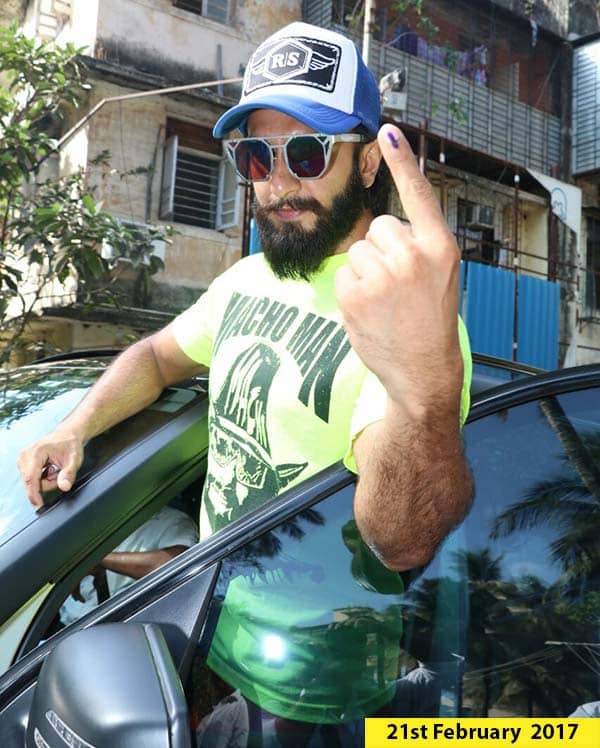 Singh was seen after Shahid's party at the voting booth flaunting his inked finger. 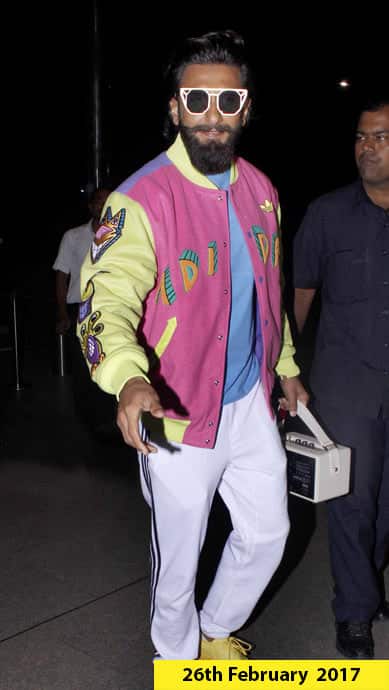 Ranveer we hear was busy wrapping his brand endorsement deals and movie. Also supporting his new co-star Alia Bhatt promote her film. And has now left for Switzerland break. 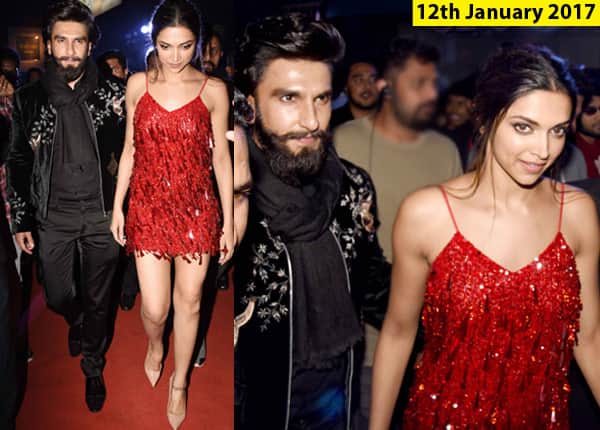 It's strange how the couple had three big occasions and how they have avoided each other. While in the past, they've made sure that they had time to celebrate these special days together, this year it almost looked like they worked on a schedule to avoid each other.

As fans of the couple one cannot help but wonder if they have rejoined the singles club or then are trying to stay in their Padmavati characters. We will know once Deepika or Ranveer speak up. But if these pictures are proof then it certainly hints at something and your guess is as good as ours....