Deepika Padukone's all black look at the airport is again a trend-setter. We love that leather jacket and bun combo. She is looking fierce and hot at the same time

Deepika Padukone surely believes in making the airport a fashion runway. From the neon outfit to those blingy pants and a wrapped dhoti dress, the actress' kills it every time she takes a flight. Deepika Padukone was spotted last night at the Mumbai airport looking like a million bucks. She wore a black skirt, a black Low Classic leather jacket, black boots, glares and her Celine tote bag. The actress flashed a dazzling smile at the paparazzi. Deepika Padukone looked marvelous though this is not the first time, she is killing it in black. She had almost the same look when she was seen with Ranveer Singh months back. The only exception here was the bun and the leather jacket.

Nach Baliye 9: Deepika Padukone - Ranveer Singh to be the X-factor on the show's premiere night

Deepika was in London for the shoot of '83. She is playing the role of Romi Dev in the film based on India's 1983 World Cup win. Ranveer is playing th role of Kapil Dev. Also Read - Deepika Padukone, Samantha Ruth Prabhu, Hrithik Roshan and other Top celebrities who have suffered from severe health issues 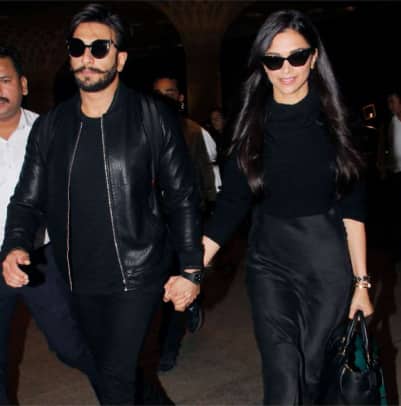 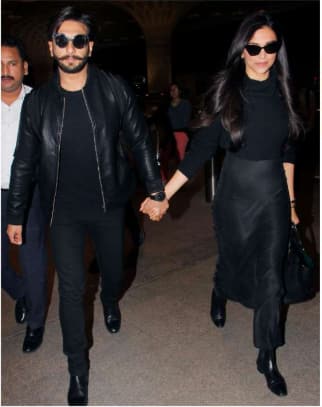 While we have quite a few actresses who dress well for the airport, Deepika's style is one to die for. She loves her classics and we can't get enough of how gorgeous she looks while flying in and out of the city. With that figure, just about everything looks wonderful on her.

there’s no such thing as too much bling!?

Deepika Padukone will be seen next in Meghna Gulzar's Chhapaak. The film is coming out in January 2020. She is turning producer with that film, which is based on the life of acid attack survivor Laxmi Agarwal. Stay tuned to BL for more scoops and updates!