It was a couple of weeks ago that the entire world got to know that former lovers, Ranbir Kapoor and Deepika Padukone walking the ramp together as the showstoppers for this year’s The Walk Of Mijwan. Naturally, fans of the two lost their minds over it. After all, it was after a gap of almost three years that they were going to see Ranbir and Deepika together in one single frame. The event was scheduled to take place on April 8. But Ranbir and Deepika decided to sort of tease their fans as they shared the stage for another event, where they shook a leg on Yeh Jawaani Hai Deewani songs, their first movie after their much public breakup. As a bonus, fans also witnessed Deepika teaching the hook step of Lungi Dance (the song from her film, Chennai Express) to Ranbir and he, on the other hand, making Deepika dance to the title track of his Karan Johar film, Ae Dil Hai Mushkil. Videos made their way to social media and it was all that fans could do to keep calm. While their followers kept watching those videos on loop, we sensed that there was some sort of awkwardness that had crept between the exes. Their awkward hug at the end of the event gave it away. A couple of days later, it was announced that this year’s The Walk Of Mijwan has been postponed as both the showstoppers have taken ill. Needless to say, their fans were highly disappointed. But what was more weird was that an unwell Deepika took off to Dubai next day after the announcement and Ranbir, who was reportedly down with something as serious as typhoid, looked quite fresh as he was clicked outside a studio while shooting for an ad. What’s happening? was the only question that came to our minds. First the awkward encounter and then this, we thought that Manish Malhotra will have to find other showstoppers for the show. Then came another invite with the change in the date of The Walk of Mijwan, thereby proving us wrong, only to prove us right again. Also Read - From Janhvi Kapoor to Deepika Padukone: 5 Bollywood actresses unleash their inner Barbie in these tulle gowns 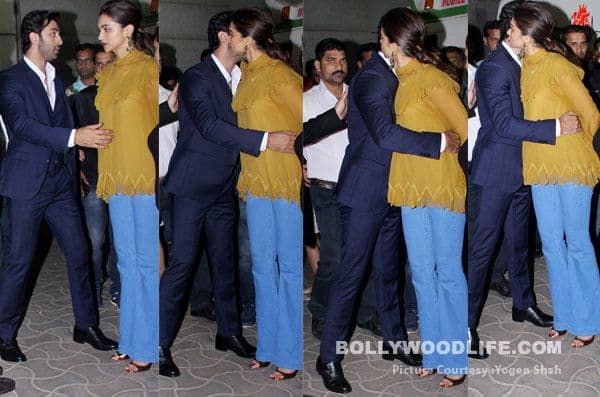 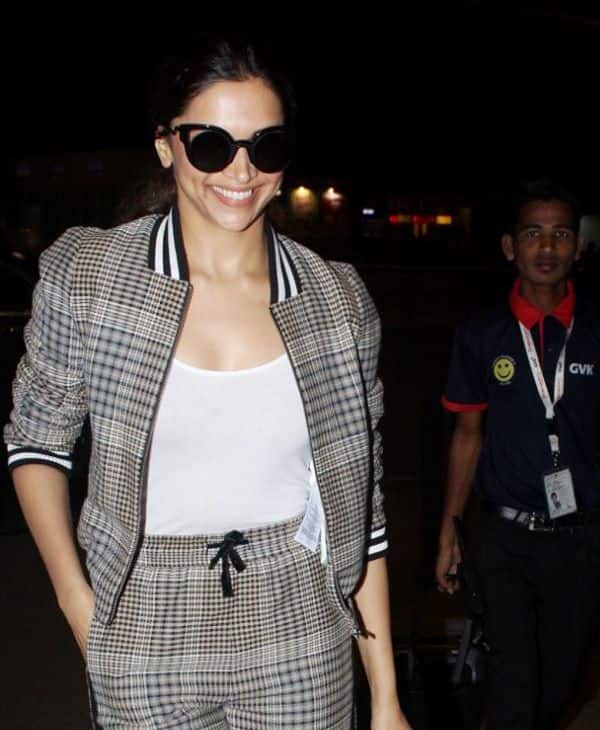 Deepika took off to Dubai soon after Mijwan was postponed 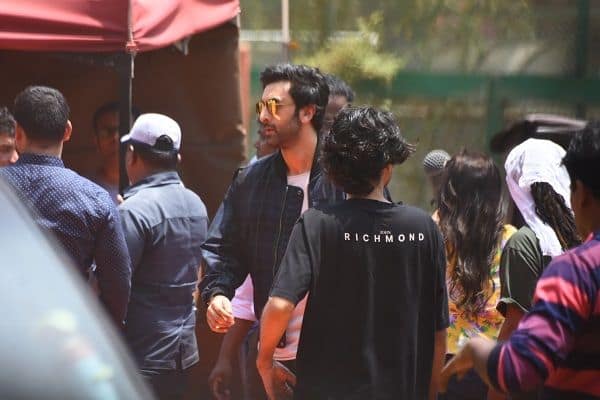 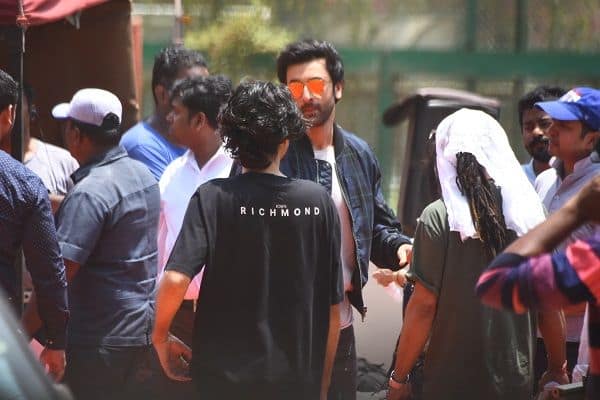 Ranbir Kapoor shoots for an ad despite reportedly suffering from typhoid

The much-awaited ramp walk finally took place yesterday (April 19). There we were, waiting to see Deepika and Ranbir walk hand-in-hand, in presence of some other Bollywood celebrities. Coming to the event, which was delayed by more than three hours, we were inside the ballroom of a five star property in Mumbai, much before the show started. Shabana Azmi, the host of the evening and the President of the Mijwan Welfare Society (MWS) was rehearsing her bit, while Manish was panicking like any designer hours before his show would.

We were expecting Deepika and Ranbir to rehearse for their ramp walk together because it was not simple as the entire ballroom was being used, thereby forming three rows for the ramp. Much to our surprise, they didn’t rehearse their walk together despite arriving at almost the same time at the venue. Manish pretended to be Deepika for Ranbir and vice versa, as they decided the flow of the walk.

An hour later, finally it was time for it to begin. Several celebs like Sonakshi Sinha, Ranbir’s mom and veteran actress, Neetu Kapoor, Saqib Saleem, Iulia Vantur, Mouni Roy, Karan Tacker among others entered the ballroom, greeted their friends before occupying their designated seats. Shabana kick-started the show as she talked about Mijwan and got four talented women of the village to talk about their experiences of working with the MWS. After the speeches were over, the models walked the ramp wearing some beautiful creations by Manish. It went on for almost 15 minutes, after which, Ranbir, looking extremely handsome like always, entered the stage, and while he was walking the ramp, entered the very gorgeous Deepika, wearing an equally gorgeous ensemble. Ranbir was on the stage, waiting for Deepika to finish her solo walk, and when she did, they together took each other's hand and followed the same flow of walk again. The entire ballroom was echoing with hoots and claps, and as for the fans, who were watching all the videos on social media, they were happy that it finally happened.

But we could sense the same awkwardness between the two. Again their body language gave it away. All the while they chose not to make any sort of eye contact. Neither while walking the ramp nor when they took to the mic individually, to talk about the show and Mijwan. Here are the pictures and videos, proving our point: 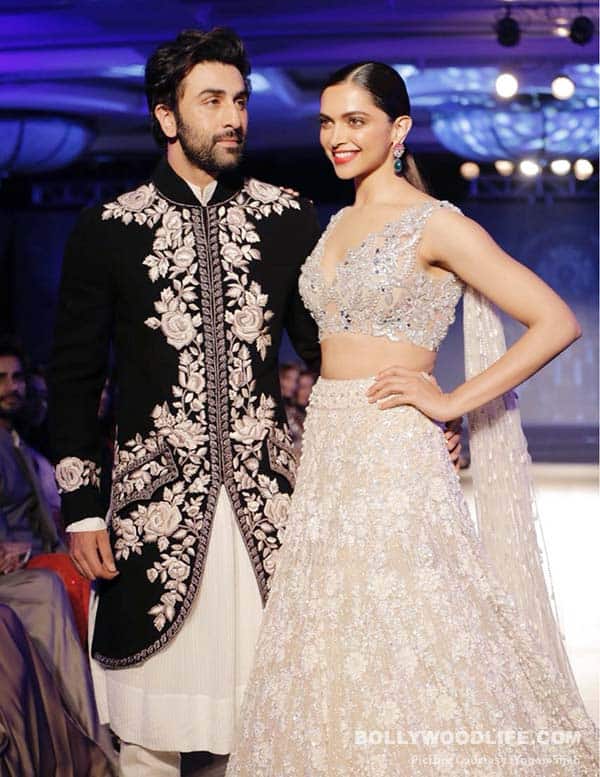 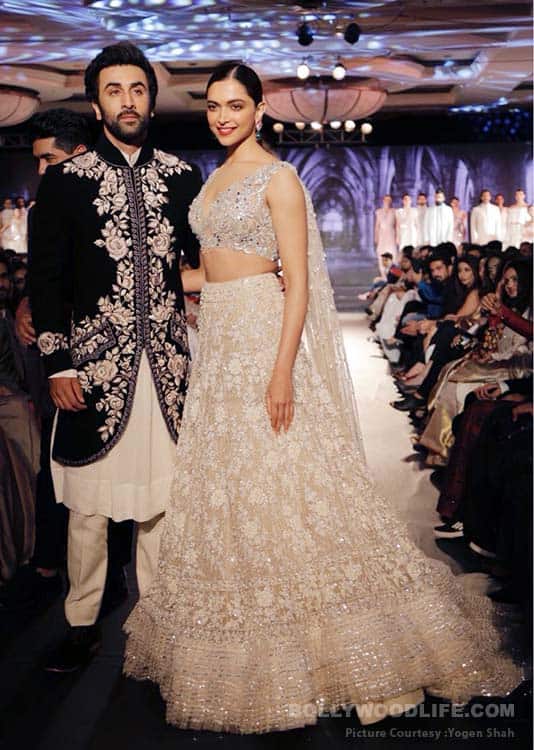 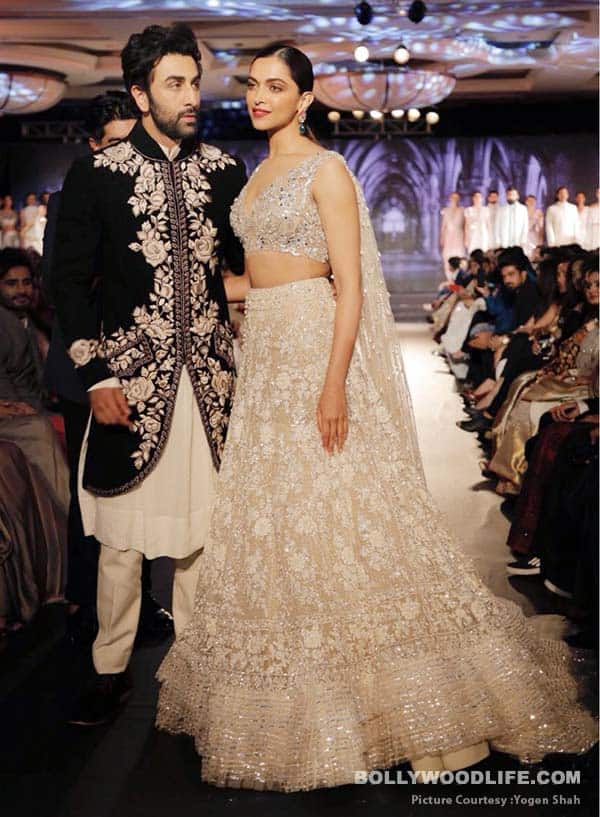 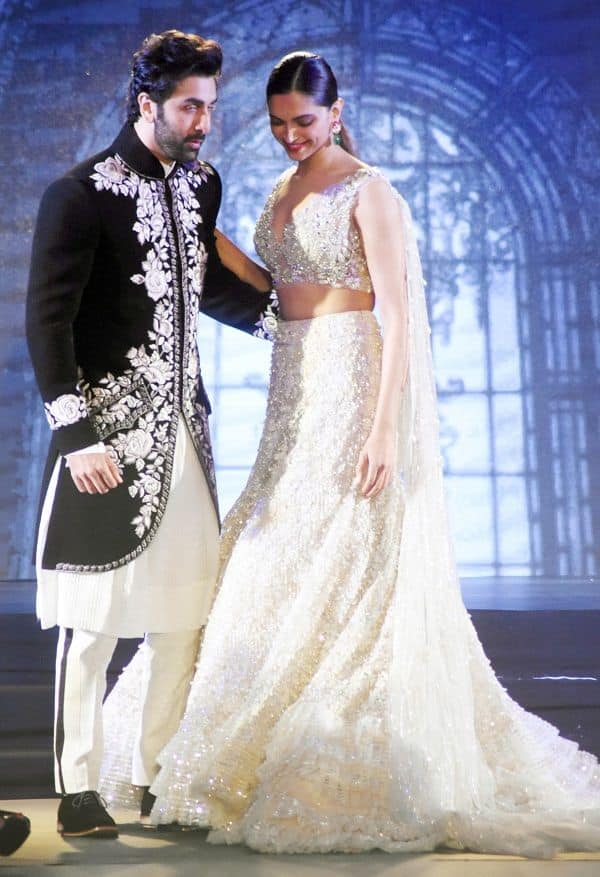 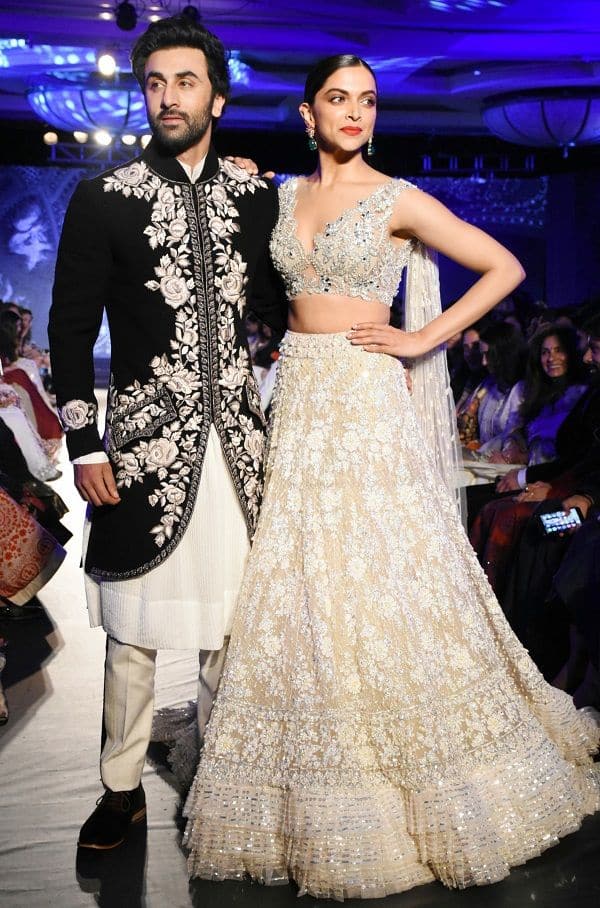 VIDEO: #RanbirKapoor says he is trying to be a man, who gives space to every woman pic.twitter.com/jQ2WcF4vjj

As the show ended, a fellow journalist said, “They looked good together, but there was no chemistry between them,” while another friend added, “They were so awkward around each other.” And I couldn’t help but agree with them. Something was definitely odd. Why should there be any chemistry between them? They are not a couple anymore, many of you might argue. But our point is that if the chemistry can be in YJHD and Tamasha and even while promoting the two movies, then why not now? That’s some food for thought.