Check out the worst dressed celebs this week...

While fashion was all about pulling off the latest trend from the west earlier, it has surely changed over the years. Bollywood divas are often seen opting for an Indian attire over a western one. While western can be a little tricky to handle, the ethnic look is one of the simplest one to pull off (If you don't go overboard with the print). However, this week our B-town divas tried their hands at traditional attires for events and failed miserably. Deepika Padukone disappoints the fashion police yet again as she fails to match the separates in her attire. Shraddha, on the other hand, opts for an unflattering look which fails to compliment her body type. Apart from the two Kriti Sanon tries a fusion of Indian-Western and the result is surely not the one expected. Check out the worst dressed celebs below: Also Read - Deepika Padukone's co-star Kris Wu from XXX: Return of Xander Cage faces life imprisonment in China over rape charges

Deepika Padukone
While it might not be her top priority recently, Deepika should really hire a new stylist. The actress is seen stepping out in the traditional attire to keep up with the character of Rani Padmavati. Looking at her recent pictures, she surely is not doing justice to the Queen's regal beauty. DP was seen donning this attire for The Social Sumit Awards recently. The dark green saree with a bright green blouse was a horrible mistake. To add to that, the different shades of gold on the saree and the blouse is a complete put off. Deepika's dull gold jewellery doesn't blend in with the bright gold embroidery on the saree. Also Read - Pathan: Makers of Shah Rukh Khan-Deepika Padukone starrer rope in THIS actor to reprise his role from War? 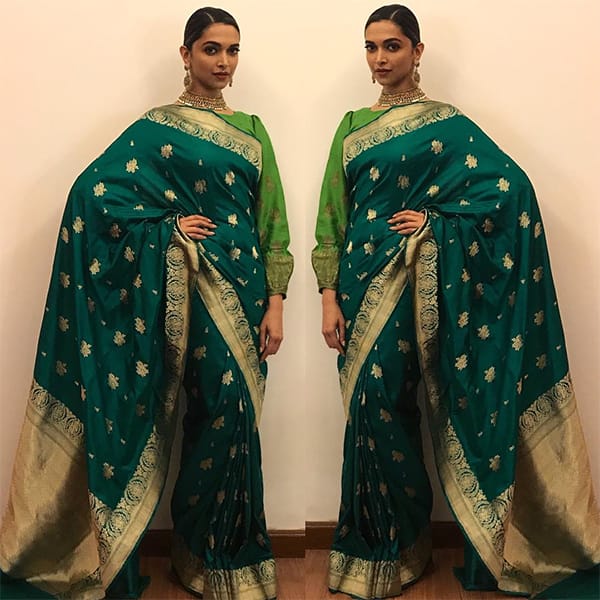 Shraddha Kapoor
The actress visited the International Film Festival of India on day 2 in Goa. Shraddha opted for a yellow ethnic attire for the event but failed to shine bright. If anything, she did the exact opposite. This creation by Anoli Shah has too many things going wrong with it. The divider below the bust along with an embroidery in the center fail to blend together. In addition to it, the cold shoulder sleeves make it look like there is too much going on with this attire. The white loose patiala will make you yawn. Shraddha looked like she was headed for a Garba night after the film festival. 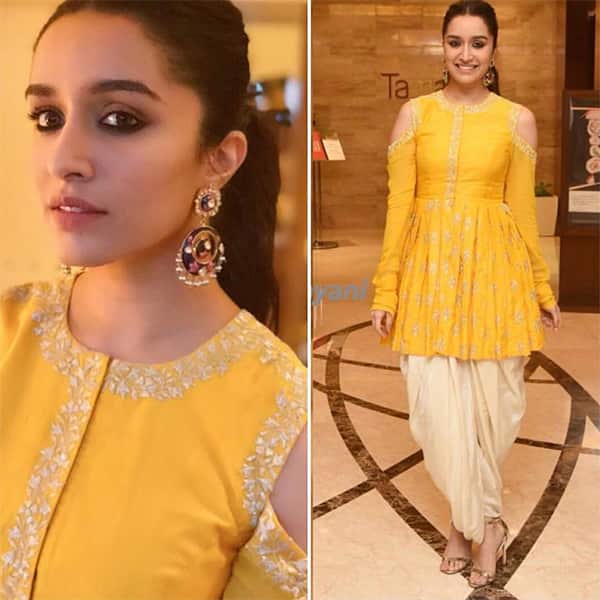 Kriti Sanon
The actress was spotted at Ahmedabad for an event recently and her attire will make you wish she had given the event a miss instead. While black is the safest colour and one can rarely go wrong with it, Kriti managed to mess that up as well. The actress was seen donning a creation by Ridhima Bhasin. While the skirt gets a thumbs up from us, the top attire is where the major problem is. The concept of two different sleeves fails to work for us. While one has a cold shoulder, the other has a cut out pattern against the length which will make you cringe. 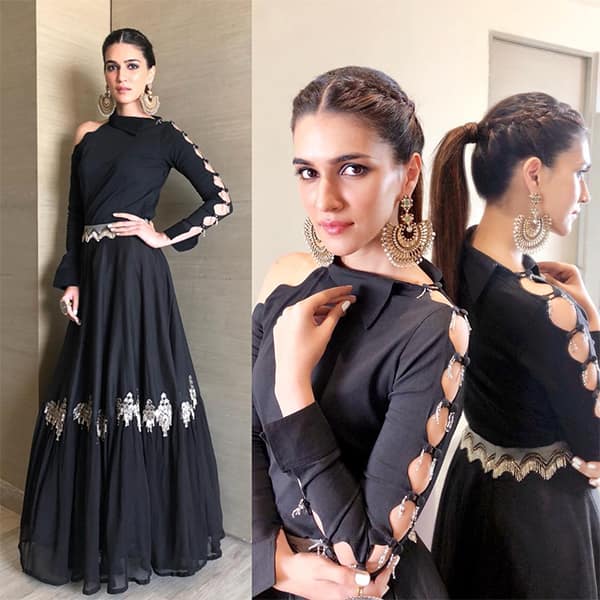 Ileana D'Cruz
While we love the combination of the blue dress with golden shoes, the cut of the dress is cringe-worthy. The elastic band at the centre of the dress gets a thumbs down from us. The top layered pattern too fails to work in the attire. We wish it was a simple A-line flowing dress instead of the fit and flare pattern, which has majorly gone wrong here. 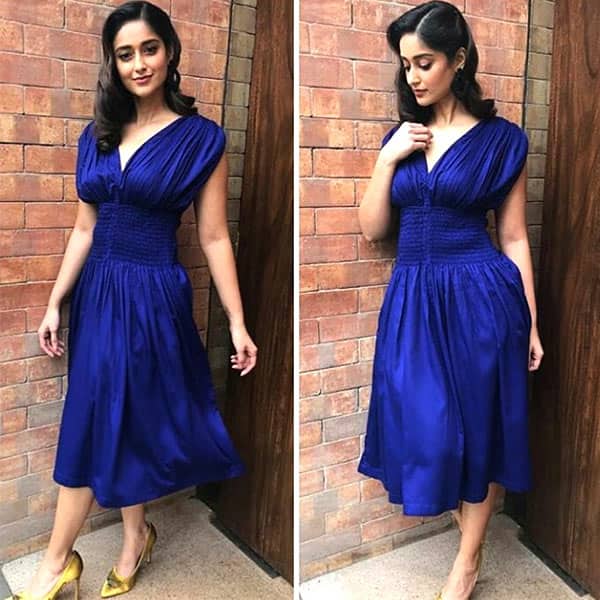 Zareen Khan
The Aksar 2 actress seems to have got her bottom and top wrong. Zareen is seen opting for a ripped sleeves top. She matches it up with a floral print skirt which would have been a better option as a top. The actress opted for this look for Entertainment Ki Raat on Colors and we wish she had switched the pattern of her top and skirt. 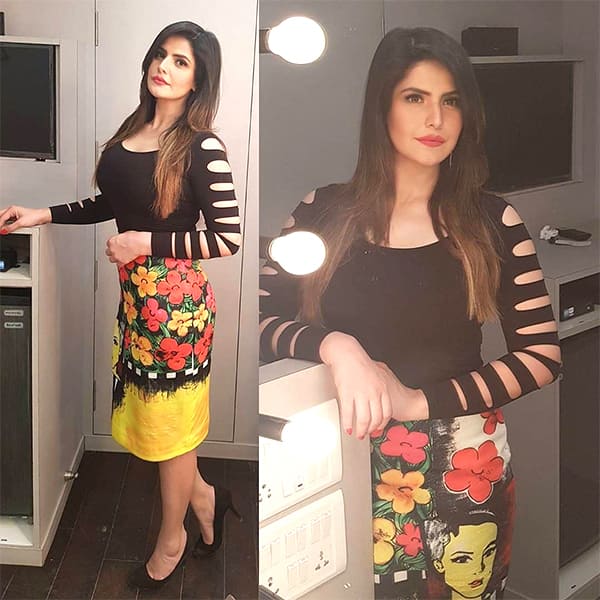