Deepika Padukone thanks Farah Khan for believing in her when nobody did; calls the filmmaker 'Ma' 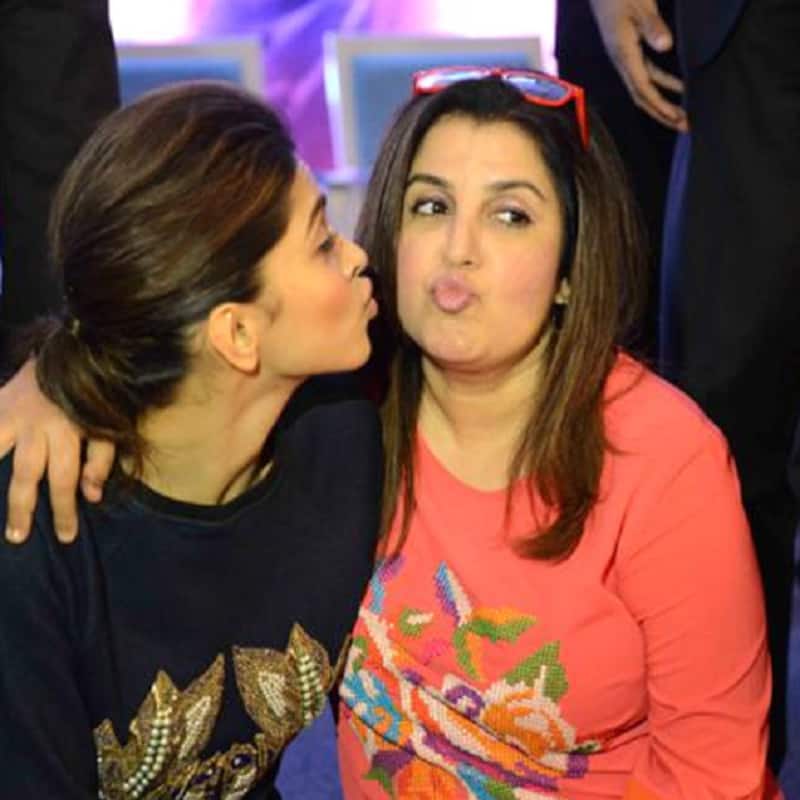 Deepika Padukone - one of the leading actresses in Bollywood has come a long way to achieve this astounding success. There was a time when she struggled hard to get that one break, and nobody believed in her when she was trying to make it in the industry. But there was one person who spotted her and gave her the chance that she longed for and she is Farah Khan. The filmmaker gave Deepika Padukone the biggest break of her career Om Shanti Om opposite Shah Rukh Khan, and boy, she kept you hooked with her first presence in the film and till date she has that magic in her.
Farah Khan spotted Deepika Padukone on International hoardings and is damn proud of her 'baby'
While Deepika is going international today, everyone is proud of her along with her first filmmaker Farah Khan who spotted her on the international hoardings for her advertisements in Louis Vuitton. She shared the Padmaavat actress's picture on her Instagram story and wrote, " Proud of you baby". Deepika shared the same story of the filmmaker and thanked her, " Thank you Ma! YOU had faith in me when no one else did", with a heart emoticon. This is is so endearing. 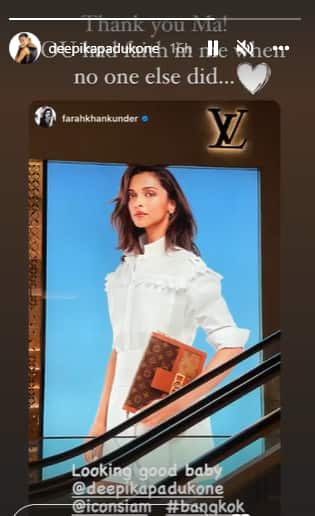 Deepika Padukone has been in the industry for over a decade now and the girl is unstoppable. Her fan following is immense and millions aspire to become like her. Deepika Padukone who became the muse of Sanjay Leela Bhansali was recently supported by her fans when Alia Bhatt on Koffee With Karan 7 said that SLB promised her 4 films because he did 3 with DP. Alia faced a lot of flak for these statements and DP fans called the Gangubai Kathiawadi actress insecure of her. Deepika Padukone's fans claim that Alia is jealous of her as she always tries to copy her from fashion to now films. On the professional front, Deepika will be seen next in Pathaan long with Shah Rukh Khan and Project K with Prabhas.
Also Read - Adipurush: A video of Prabhas calling Om Raut to his room goes VIRAL; fans wonder if the actor was angry after watching the teaser [Watch]
Advertisement