Deepika Padukone to debut at Oscars 2017?

Talk about some exciting news! Deepika Padukone to attend Oscars 2017? Read on to get this hot scoop...

Deepika Padukone has made an international presence with her debut in the action film xXx: Return of Xander Cage. And she is not stopping, much to our delight. The actress is all set to attend the success party of her Hollywood film with Vin Diesel in LA, this week. An Instagram post by her stylist Elizabeth Saltzman confirms that. But on further stalking Elizabeth's Instagram, we realised it is not just the success party that we should look forward to but Oscars 2017 is also on the table. Yep! From what it looks like Deepika might just walk the red carpet at the upcoming Academy Awards 2017 ceremony. Also read: It cost Deepika Padukone approximately Rs 2 lakh for this look, but was it worth it? Also Read - From Deepika Padukone to Aishwarya Rai Bachchan: THESE Bollywood beauties refused to share screen space with Salman Khan – here's why

Elizabeth's Instagram story has a picture of an airport where her teammate Grace Richmond was arriving, and the caption reads "Oscar heer we come". Subtle! Isn't it? Well, all these circumstances are too solid to be a mere coincidence. Don't you think? I mean success party of Deepika is right with Oscars around the corner, and Deepika's stylist's post also coincides with the actress' arrival in LA. That all hints at one thing only - Deepika will be there at the Oscars. Also Read - From Kareena Kapoor Khan to Deepika Padukone: Interesting and unknown facts about 8 Bollywood actresses that will leave you zapped 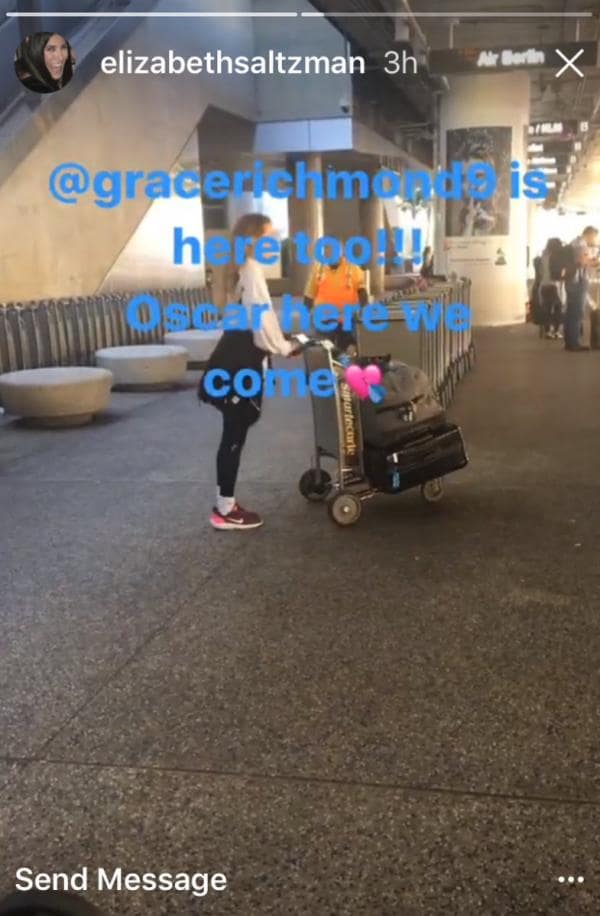 We hope an official confirmation about Deepika's presence at the Oscars comes soon. We can't wait to see the actress make an impressive fashion statement on the red carpet. Seriously! We are already freaking out about what is she going to wear!

While we are talking about Deepika at the Academy Awards, we are still clueless if Priyanka Chopra will be gracing the event with her presence. She was one of the presenters at the previous ceremony held in 2016. It would be lovely to see her again at the Oscars. She also has Baywatch coming up in a few months, which is more than a reason to mark her presence at every big event. Imagine if Priyanka bumped into Deepika at the red carpet and the two posed for a picture together! We have been waiting for one such picture since their almost meet-up at Golden Globes 2017 afterparty.