Deepika Padukone juggles with her various projects all at once and she also keeps her fans updated from time to time. So her recent picture got fans of the renowned K-pop band BTS excited. Find out why...

Deepika Padukone has all it takes to send a million hearts fluttering simply with a picture. And so did her latest Instagram post, albeit for a different reason this time. We know how DP juggles with her various projects all at once and she also keeps her fans updated from time to time. So she posted a picture possibly from her brand endorsement shoot and it got fans of the renowned K-pop band BTS excited. First check out the picture of Deepika Padukone and then we will tell you the reason why! Also Read - BTS' V treats giveaway winner with Yeotan's video late in the night and ARMY cannot handle Tannie's cuteness – view tweets

As you can see it's the caption that's creating a confusion of sorts. "? #BTS" wrote Deepika. While we know it's a behind the scenes picture, fans of BTS got excited (although momentarily) assuming there will be a collaboration between the band and the actress. We like the sound of it though. Check out how the comments section of DP's post was flooded with reactions from the fans... Also Read - Hollywood News Weekly Rewind: HYBE’s major update on BTS’ comeback album; Jennifer Lopez-Ben Affleck’s LA plans, Quentin Tarantino’s shocker and more

Also Read - Trending Entertainment News Today – Nia Sharma's co-star Kamal Kumar goes on his knees to propose the actress; BTS' Jungkook is the 'King of Savage' and these replies to his fans from his rookie days are proof 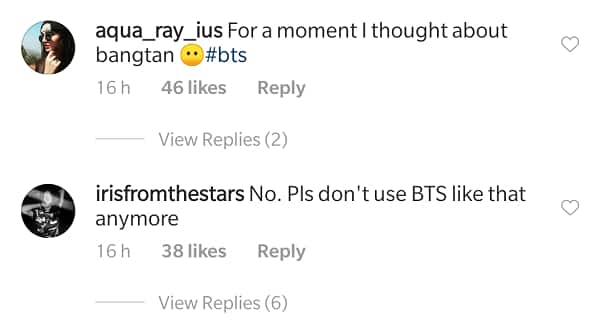 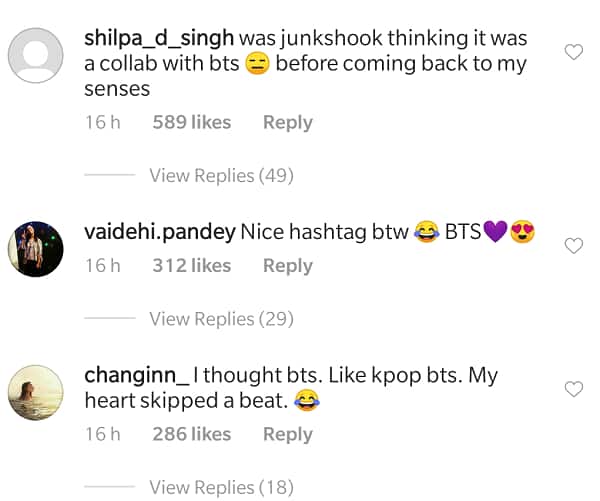 If it's any consolation for the fans of BTS, the band in association with Hasley recently drop the second teaser of their upcoming collaboration, Boy with Luv. The renowned K-Pop band and international singer are uniting for the first time and it looks like a blockbuster in the making. The Boy with Luv’s teaser 2, which features BTS group members RM, Jungkook, Jimin, Jin, J-Hope, V and Suga, oozes of retro vibes.

On the other hand, Deepika Padukone recently wrapped up the Delhi schedule of Chhapaak. The actress plays an acid attack survivor in the Meghna Gulzar film that will bring on screen the real story of Laxmi Agarwal. Deepika's transformation through prosthetic make-up bowled us over and we were not the only ones. From fans to Bollywood celebrities, Deepika Padukone's look impressed all. Along with the first look, the actress announced that the film release January 10, 2020 and we have been hooked ever since and so are fans. The film also stars Vikrant Massey who plays the role of a social activist and Laxmi Agarwal's boyfriend Alok Dixit, the one who also found the Stop Acid Attacks campaign. He has been paired opposite Deepika Padukone for the first time.

Watch this space for more exciting updates from Bollywood.