Deepika Padukone debuted opposite Shah Rukh Khan in Om Shanti Om. Never did it look that it was her first film. The actress was so confident in front of the camera and now we know why. A few pics of her not-so-famous days have gone viral and the actress has her ex boyfriend Nihar Pandya for company. The actress is seen with her acting school classmates. It is the same school that Anupam Kher heads. Deepika had enrolled for a diploma course in acting. She is the most refined poser in all these pictures we must say. She didn't become such a big actress just like that. But it's her pic with her ex Nihar that will grab your attention more. They seem to be in love in one of these pics. (Also read: LEAKED! First pictures of Deepika Padukone and Shahid Kapoor from the sets of Padmavati) Also Read - Bollywood celebs who LEAKED their WhatsApp chats in public

There are three pictures that we have found. One has the actress posing next to the Actor Prepares board indicating she was a pass out from that acting school. Another had a lot of people in one frame. Our guess is that's the batch she was part of while getting her schooling in acting. They seem very much in love here. Anupam Kher is also part of that picture. But it's the way she is holding on to Nihar that will catch your eye here. There's another one with only the girls in it. These pictures will make you really wonder how she looked then and now. She has become much more vivacious now. If you remember before she became SRK's heroine, she was also part of Himesh Reshammiya's music video Naam hai tera. She looked extremely hot in that picture. But before you feast your eyes on that video check out these pictures first. (Also read: Deepika Padukone gets the top billing on the new xXx: Return of Xander Cage poster) Also Read - From Akshay Kumar, Shilpa Shetty Kundra to Deepika Padukone: 8 Bollywood celebs who don't drink 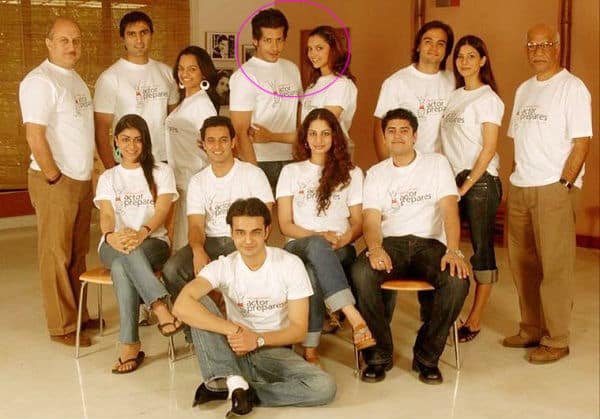 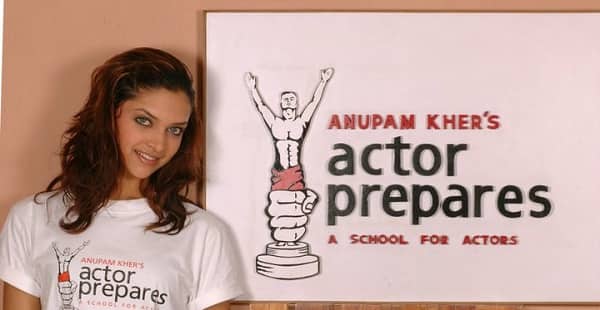 Now you have earned the right to have look at her video with Himesh Reshammiya as well. So here it goes...