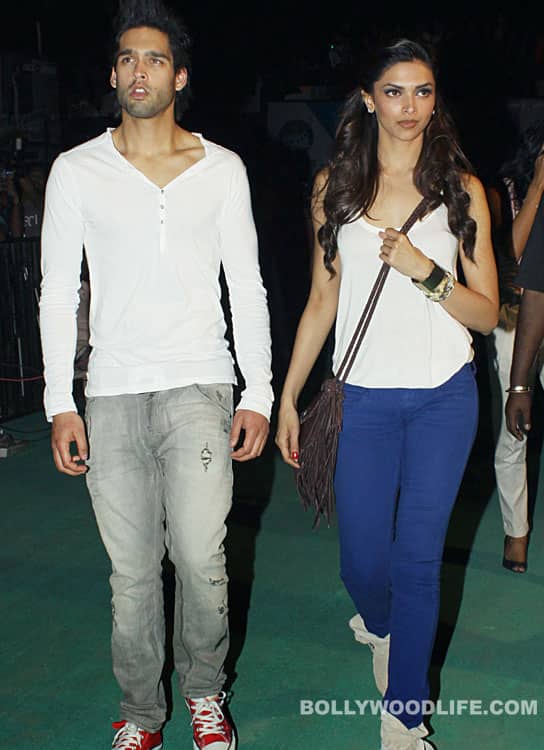 Recently, when the whole team of Dum Maaro Dum watched a cricket match together to promote the film, the sultry actor chose to stick to her boyfriend instead

Looks like Deepika Padukone can’t get enough of rumoured-but-never-confirmed boyfriend Siddharth Mallya. While the couple has constantly been seen cheering for India from the VIP stands, one expected Dips to break out of the together scene at least during the promotion of her new film. The whole team of Dum Maaro Dum, including Abhishek Bachchan, Prateik Babbar and Bipasha Basu, was at the recently held India-South Africa match in Nagpur. But Deepika, present to unveil the title song of the film, decided not to hang out with the team. Many wondered whether she had come to promote the film at all. While some rumourmongers said that she wanted to stay away from Bipasha Basu, who is said to be miffed about the fact that Deepika, who is doing a cameo, was getting more attention than her during the promo plans, it actually happened that Lady Long Legs preferred to be alongside boyfriend Sid. Industry folks say that though Deepika has not openly spoken to the media about her relationship with the Mallya scion, she wants to make a statement by being seen with him as much as possible. Abhishek didn’t seem to mind the fact that Deepika was focussing more on Siddharth than on the promotion of the film. He hugged her when they met at the end of the first innings. We must say that Siddharth’s one lucky guy! Also Read - Friendship Day 2021: From Shah Rukh Khan-Salman Khan to Priyanka Chopra-Kareena Kapoor – 7 Bollywood BFFs who turned foes and then became friends again