Despite being busy on sets of Aravindha Sametha, Jr NTR obliges for pictures with fans – view pics

Aravindha Sametha is directed by Trivikram Srinivas and his first-time collaboration with Jr NTR.

Jr NTR is busy wrapping up his upcoming film Aravindha Sametha which is directed by Trivikram Srinivas. Aravindha Sametha is slate to be released during Dussehra this year. The makers unveiled a song today, Peniviti, which is going viral amongst fans and is being loved by everyone. And much to the joy of fans, few pictures of Jr NTR are going viral on social media in which he is seen posing for pictures with fans. Despite being busy on the shooting sets, Jr NTR obliged to the requests by fans to get photos clicked without any hullabaloo.

See the photos here: Also Read - After Aravindha Sametha, Trivikram Srinivas ropes in Pooja Hegde again for his next with Allu Arjun 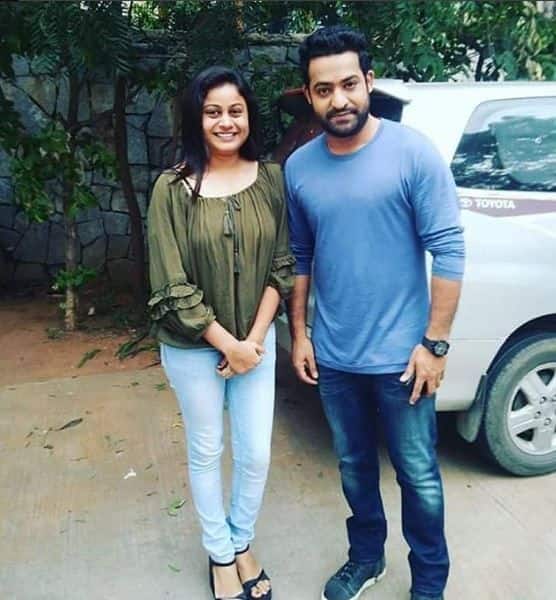 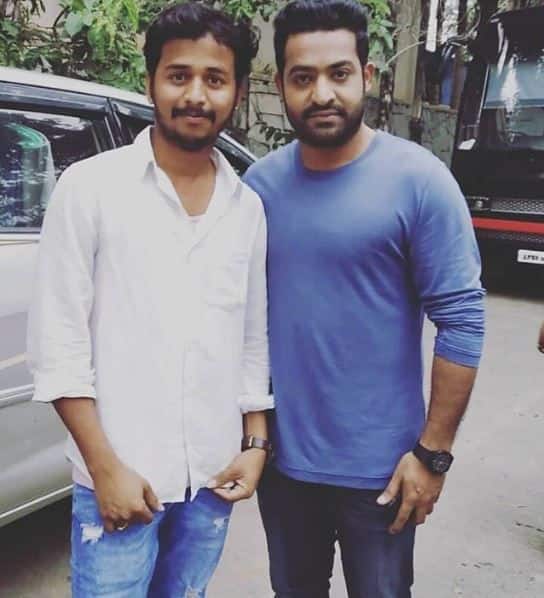 The audio album of the film, which is composed by Thaman SS, will be out on September 20th, 2018 and more titbits about the film will be unveiled in the coming days. After a rough two weeks for the family of Jr NTR and fans, all the activities around Jr NTR and Aravindha Sametha comes as a fresh breath of air giving them much relief.