Dev Anand was a stylish man with impeccable manners: Vyjayanthimala 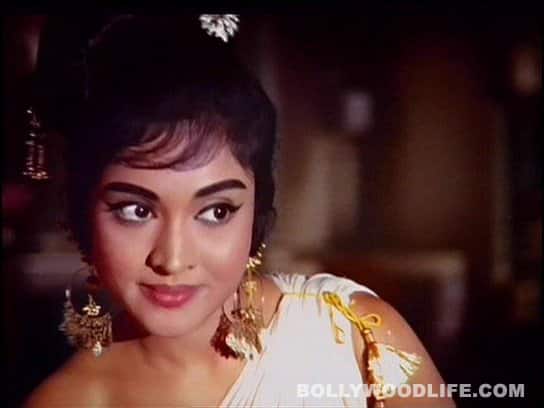 It's hard to imagine he is no more, says Dev Anand's Jewel Thief co-star Vyjayanthimala

Yesteryears' actor Vyjayanthimala remembers Dev Anand as an educated and cultured co-star with whom she gave all-time hit Jewel Thief. She also reveals that in those days she used to crave to work with a tall actor and that Dev Anand "came along at the right time". Bollywood's Evergreen star Dev Anand died of a heart attack Sunday in London. He was 88. “He was a bundle of energy always. It's hard to imagine he is no more. I first met him on the sets of Amar Deep. A really handsome man with impeccable manners. And yes, tall (laughs). I needed a tall hero. During my time I was supposed to be a tall heroine and I really craved to work with a hero who could be well-matched with me. Dev came along at the right time. And he was well-read, educated, cultured and erudite," she said.

Vyjayanthimala and Dev Anand became a hit pair after the success of Jewel Thief and the actor says that she had a gala time while working in the film, which was directed by Vijay Anand. "I went on to do a far more successful film Jewel Thief with him. I don't know what magic worked for that film. But our pairing is remembered to this day for Jewel Thief. I had shared some very good times with Dev and his brother Goldie (Vijay Anand) during Jewel Thief. We shot in the outdoors of Gangtok. That was fun. Then there was that song Hothon pe aisi baat, which required inhuman amounts of stamina and energy from me. I think the fact that I was working with Dev saab gave me that energy and stamina," she said.

"I remember after we finished shooting this song, Dev saab clapped. He was a very generous co-star and a very stylish man. He was very particular about camera angles and wanted to be captured in the best possible way on screen. He took great care over his appearance. I think he defined celluloid heroism,” she added. "I think I am the female Dev Anand," said Vyjayanthimala referring to the iconic star's energy level.