Dhaakad: Payal Rohatgi says Kangana Ranaut was not happy to see her at the screening – 'She was sulking'

After attending the screening of Kangana Ranaut's film Dhaakad, Lock Upp runner-up Payal Rohatgi has again mocked Kangana for her behaviour. However, she praised her sister Rangoli Chandel for being a good human being. 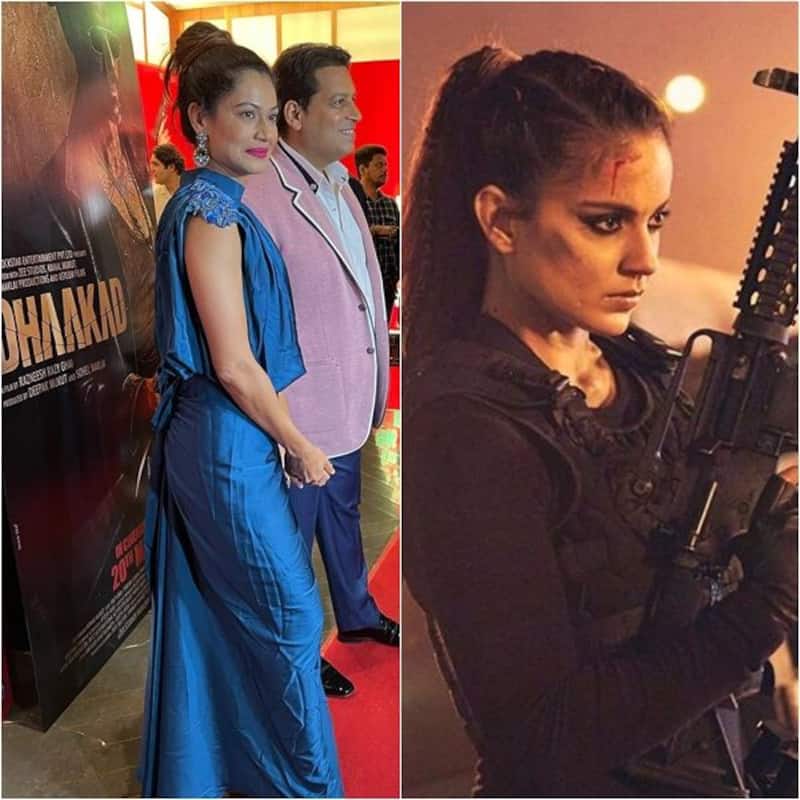 Lock Upp runner-up Payal Rohatgi recently took a sly dig at the reality show's host Kangana Ranaut for not being able to realise her true potential of being a 'Badass' and announcing Munawar Faruqui as the winner. She then unfollowed her on Instagram and wished her film Dhaakad would be a flop. After attending the screening of Kangana's film, Payal has again mocked Kangana for her behaviour. However, she praised her sister Rangoli Chandel for being a good human being. Also Read - Not just Hansal Mehta, Kangana Ranaut has been publicly ridiculed by Hrithik Roshan, Karan Johar and the list goes on

"Rangoli you are such a good human being. But your sister was not happy to see me. She was sulking. Rajneesh ji I wanted to wish you luck as you called me BADASS in the finale and this is your debut. I know it matters. So nice to meet Sohail Maklai ji after ages. You are as gracious as before. And great to meet Deepak ji. I got good vibes from you Sir. Being a producer is a tough job. So I went to support the people behind the film. Thanks for the invite Zulfikar ji. I am fond of you," Payal wrote on Instagram while sharing a slew of photos from Dhaakad screening. Also Read - Kangana Ranaut opens up on how Javed Akhtar insulted and threatened her after she REFUSED to apologise to Hrithik Roshan

Earlier, Payal had criticised Kangana over her judgement on Lock Upp in an Instagram post which reads, "Kangana and lot of A-grade celebrities who came as guests on #lockupp called me #BADASS. Maybe they didn't know the meaning of it then in the middle of the show and on finale Kangana realised it." Also Read - Kangana Ranaut's Dhaakad producer sold his office to pay dues after the film flopped? Here’s the truth

She also talked about Kangana being a part of Arpita Khan's Eid party, which was also attended by actor Salman Khan and said that Munawar was made the winner after Kangana met Salman at the party. "So that means the concept of the show was an OCCHA (shallow) thought and so THEY made winner of Ghar Ghar ki kahani (she hinted at Kahaani Ghar Ghar Kii) types after bonding with host of #Biggboss one week before finale when the whole season all Kangana said was that this show is not GHAR GHAR KI KAHANI types."