Payal Rohatgi doesn't seem to be over her Lock Upp loss. She took a dig at Kangana Ranaut and Munawar Faruqui in her latest post. 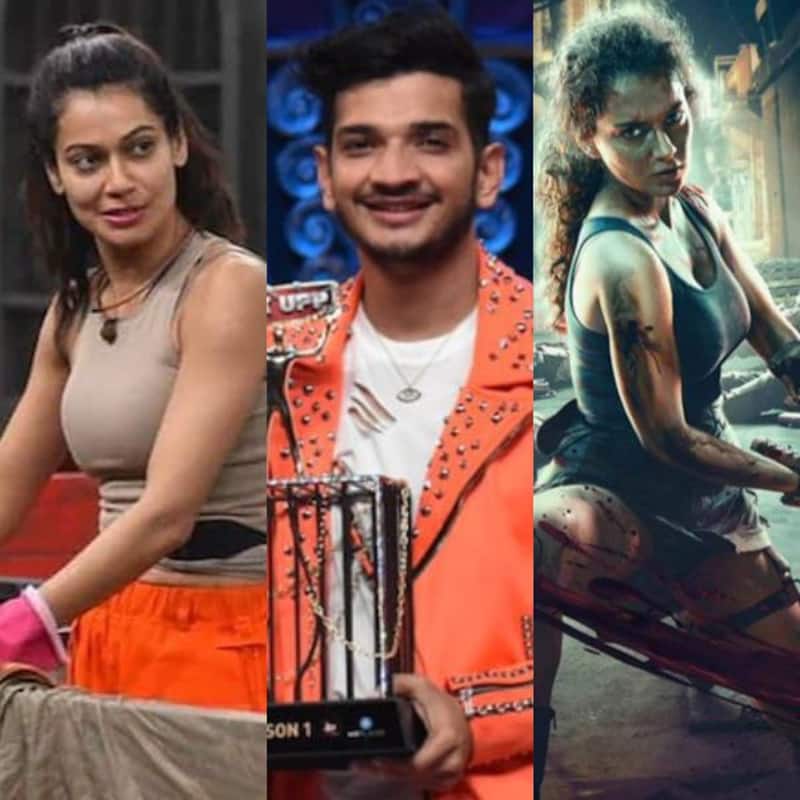 Payal Rohatgi took to Instagram to mock Kangana Ranaut-starrer Dhaakad’s box office performance. She called the collections sad. She also slammed Lock Upp winner Munawar Faruqui and wrote how he didn’t promote the film nor did his followers. Her post read, "Sad…Karma is a b****….Jisko 18 lakh vote mile na usne film ki promotion ki na uske BOTS film dekhne aaye. (The one who received 18 lakh votes, they didn't do promotion nor did their bots came to watch the film)” Also Read - Ranbir Kapoor’s Shamshera, John Abraham-Arjun Kapoor’s Ek Villain Returns and more BIGGIES that are set to entertain the audience in July 2022


She went on to add, "#Sita MA par film banane waali hai Kangana ji aur usme Sita MA ka mazak udane waale ko shayad role bhi degi kyuki use apni objectivity dikhani hai samaaj ko (Kangana is going to make a film on Goddess Sita and the one who made fun of Her even they might land a role because she has to show her objectivity to the society) (folded hands emoji). #payalrohatgi #ladkihuladhskdihu #yogasehoga." Also Read - Shehnaaz Gill's video writing Sidharth Shukla's name while signing an autograph is breaking the internet [Watch]

In another post, Payal did appreciate Kangana’s sister Rangoli. A part of her post read, “Rangoli you are such a good human being ❤️ But your sister was not happy to see me ?? She was sulking ??” Also Read - Adipurush: Prabhas and Kriti Sanon's chemistry to be the highlight of the film? [Deets Inside]

Earlier, Payal had slammed Kangana over her judgement on Lock Upp. She had written on Instagram, "Kangana and lot of A-grade celebrities who came as guests on #lockupp called me #BADASS. Maybe they didn't know the meaning of it then in the middle of the show and on finale Kangana realised it."

She had added, "So that means the concept of the show was an OCCHA (shallow) thought and so THEY made winner of Ghar Ghar ki kahani (she hinted at Kahaani Ghar Ghar Kii) types after bonding with host of #Biggboss one week before finale when the whole season all Kangana said was that this show is not GHAR GHAR KI KAHANI types."