Dhaakad screening: After Tejasswi Prakash-Karan Kundrra's TejRan, paps catch hold of Munawar Faruqui and Nazila to ask them about their hashtag and it is too funny 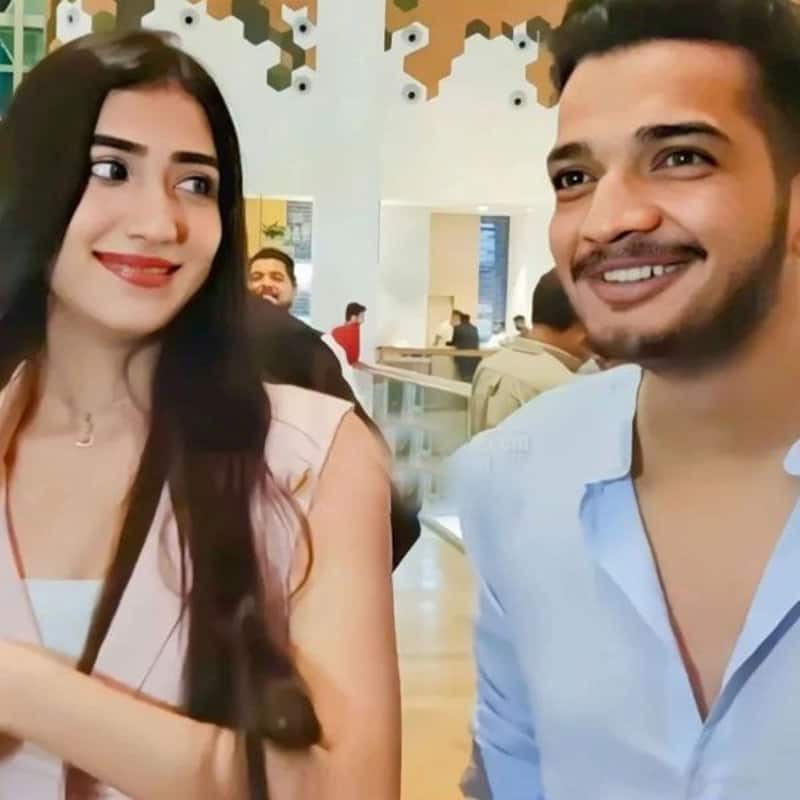 Dhaakad screening was attended by almost every member of Lock Upp. Kangana Ranaut has built a bond with every contestant and it was visible during the screening. Lock Upp winner Munawar Faruqui was also there with his girlfriend, Nazila. The two are a darling of the media along with Bigg Boss 15 couple, Karan Kundrra and Tejasswi Prakash. Kangana Ranaut also called Munawar Faruqui on stage to pose with the team of Dhaakad. This gesture has warmed the hearts of Munawar Ki Janta who have said that they will show love and support for Dhaakad. In the mean time, people can get enough of Nazila and Munawar Faruqui. They are the new Bhai and Bhabhi in town. Also Read - Ranveer Singh-Deepika Padukone, Shahid Kapoor-Mira Rajput Kapoor: Bollywood stars who do not have a problem with their partners getting intimate on screen

Munawar is asked if he did like to do a movie in the future. He says he will take it up if the chance arises. We can see that he is a little shy with all the attention. Munawar Faruqui and Nazila have been dating for some months now. Also Read - JugJugg Jeeyo: KRK trolls Karan Johar for 'inflated' box office figures; disses Varun Dhawan as 2 Rs actor

They were also asked about their hashtag. Munawar Faruqui said it was MuNaz and even spelled it out. Nazila said it was final. There was a moment when Nazila told Saisha Shinde teasingly that Munawar was her beau. It seems Saisha has unfollowed Munawar Faruqui on Instagram. The young man also recited a shayari for Kangana Ranaut. After Tejasswi Prakash and Karan Kundrra, they are the 'IT couple'. Also Read - Ankita Lokhande, Mouni Roy, Rubina Dilaik and more celebs whose toned legs in slit gowns show the work they put in for the leg muscles [View Pics]

The young man from Dongri is a stand-up comedian. He got arrested in Bhopal for allegedly mocking Hindu religion. But it was later dismissed as a bogus case. Munawar Faruqui is also father to a little boy. He is a doting dad and says that he wants to give his son a good life.