Dhaakad star Kangana Ranaut once again SLAMS Bollywood; says no one from the industry is worthy to visit her home

Kangana Ranaut once again takes a dig at Bollywood celebs, saying no one is worthy to visit her home, and that she doesn't have any friends in Bollywood. We wonder how Salman Khan will react to this. 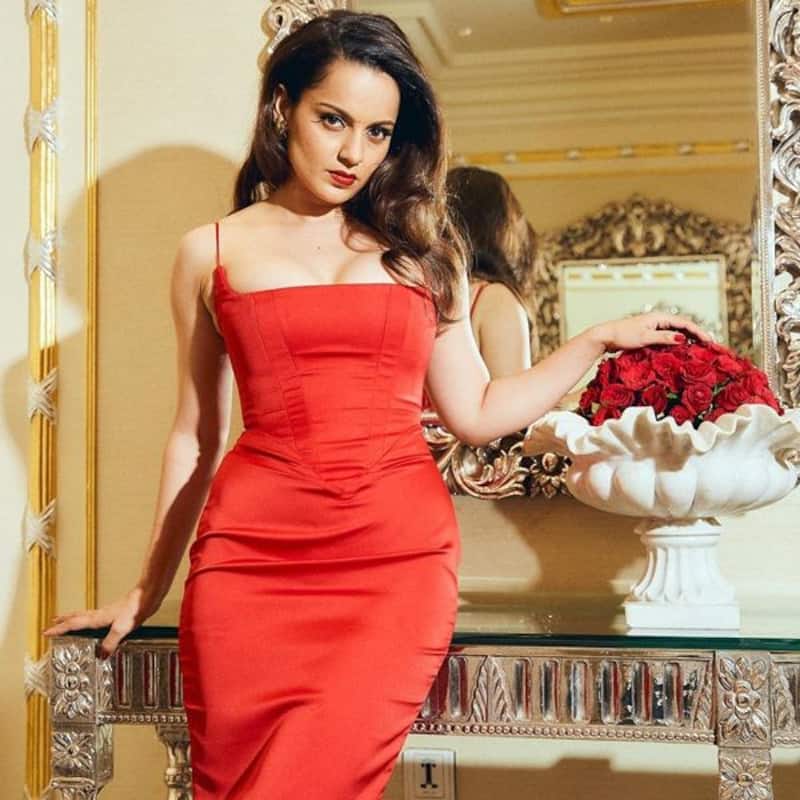 Kangana Ranaut never minces her words, especially while talking about Bollywood celebs. She has once again taunted the industry people that no one from the industry deserves to visit her home. In her recent chat with Curly Tales, she was reportedly asked to name three people from the industry who she would like to invite to her home. To which very bluntly she said, "Bollywood se to is Seva ke layak koi bhi nahi hai. Ghar to bulao hi nahi bilkul bhi. Bahar kahin millo to thik hai ghar mat bulao (No one from Bollywood is worthy enough of this service. It's fine if you meet them outside but don't invite them home)." When asked if she doesn't have a single friend in Bollywood, Kangana said, "Nahi nahi, bilkul nahi, mere dost banne layak hain hi nahi ye log. Qualification chahiye hoti hai uske liye (Not at all, these people are not worthy of becoming my friend. That requires qualification)."
We wonder if Salman Khan will be okay with Kangana Ranaut's this blatant statement as he was the first one to support her in promoting her film Dhaakad. The actress was overwhelmed by this gesture of the superstar. She even called him the Dabangg of Bollywood. Kangana also promised Salman that she will never say she doesn't have anyone in the industry now.
Salman Khan had even invited Kangana to his sister Arpita Khan Sharma's home for the Eid party and everyone was surprised to see the actress making a rare appearance. Kangana Ranaut, who loves to take digs at star kids, recently mocked Ananya Panday by calling her the bamboo of Bollywood and he even slammed all the star kids, by saying that they all look like boiled eggs. Kangana is waiting for the release of Dhaakad which will hit the theatres on May 20, 2022.
Also Read - Resul Pookutty reacts after Baahubali producer Shobhu Yarlagadda slams him for calling RRR a gay film
Advertisement