Dhaakad star Kangana Ranaut attended Salman Khan's Eid party and everyone was surprised to see her there as she doesn't attend Bollywood parties. Recently, the actress revealed why she attended the bash. 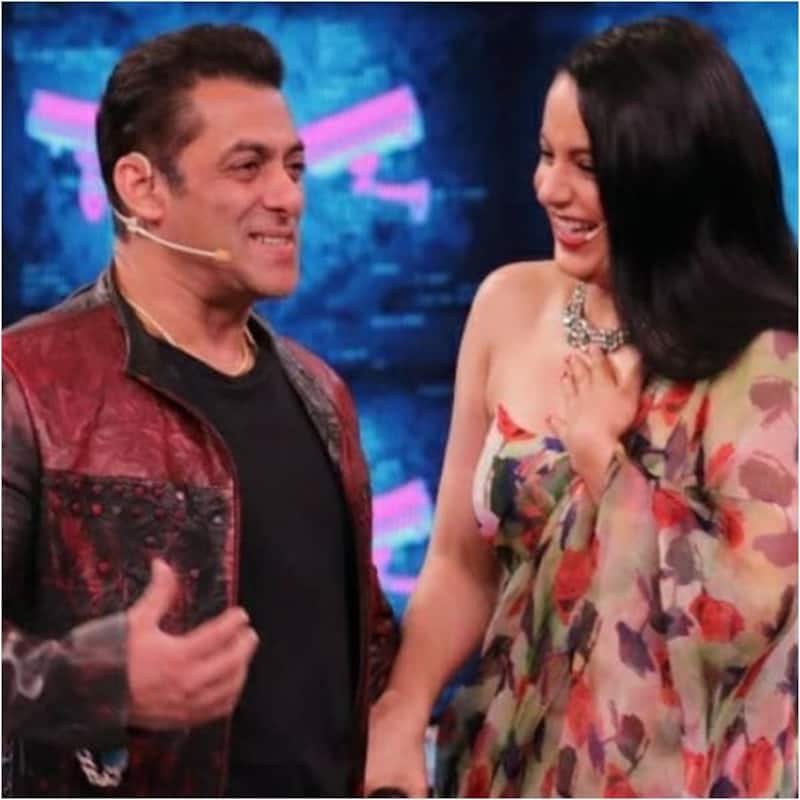 Kangana Ranaut is currently busy with the promotions of Dhaakad which is all set to hit the big screens on 20th May 2022. A couple of weeks ago, Kangana attended Salman Khan’s Eid party which was organised at his sister Arpita Khan Sharma’s house. Everyone was surprised to see Kangana at the bash as she hardly attends any Bollywood parties. Recently, in an interview, the actress revealed why she attended Salman’s Eid bash, and also opened up about her equation with the Dabangg star. Also Read - Samantha Ruth Prabhu is gearing up to RULE Bollywood and give stiff competition to B-Town divas; here's how

While talking to Siddharth Kannan, Kangana said, “It’s not like I don’t attend parties, I go where I want to. So, Salman is a very good friend of mine, and he called me to the party so I went. As simple as that.” Also Read - Alia Bhatt, Ananya Panday, Varun Dhawan and more: Star kids who came under the spotlight for making dumb statements

Earlier, in the same interview, the actress had revealed that at the party everyone was talking about the trailer of her film, but no one has praised it publically. The actress had stated, “I recently went to a Bollywood party (Aayush Sharma and Arpita Khan’s Eid party), every person who was at that party, they were only talking about the trailer. Mera kehne ka matlab hai jab aap itne bade level pe ek trailer se impressed hai sab ke sab toh itna chupaayi hui baat kyun hai (What I mean to say is if you are so impressed by the trailer, why is it kept a secret?)." Also Read - Akshay Kumar to join politics soon? Raksha Bandhan actor BREAKS SILENCE

However, when the second trailer of Dhaakad was released a few days ago, Salman had tweeted, “Wishing team #Dhaakad the very best #KanganaRanaut @rampalarjun #SohelMaklai.” After Salman tweeted, Kangana had posted on Instagram, “Thank you my Dabangg hero heart of gold. I will never again say that I’m alone in this industry… thank you from entire Dhaakad team.”