What is brewing between Adipurush stars Prabhas and Kriti Sanon? Here's what Bhediya star Varun Dhawan has to say. 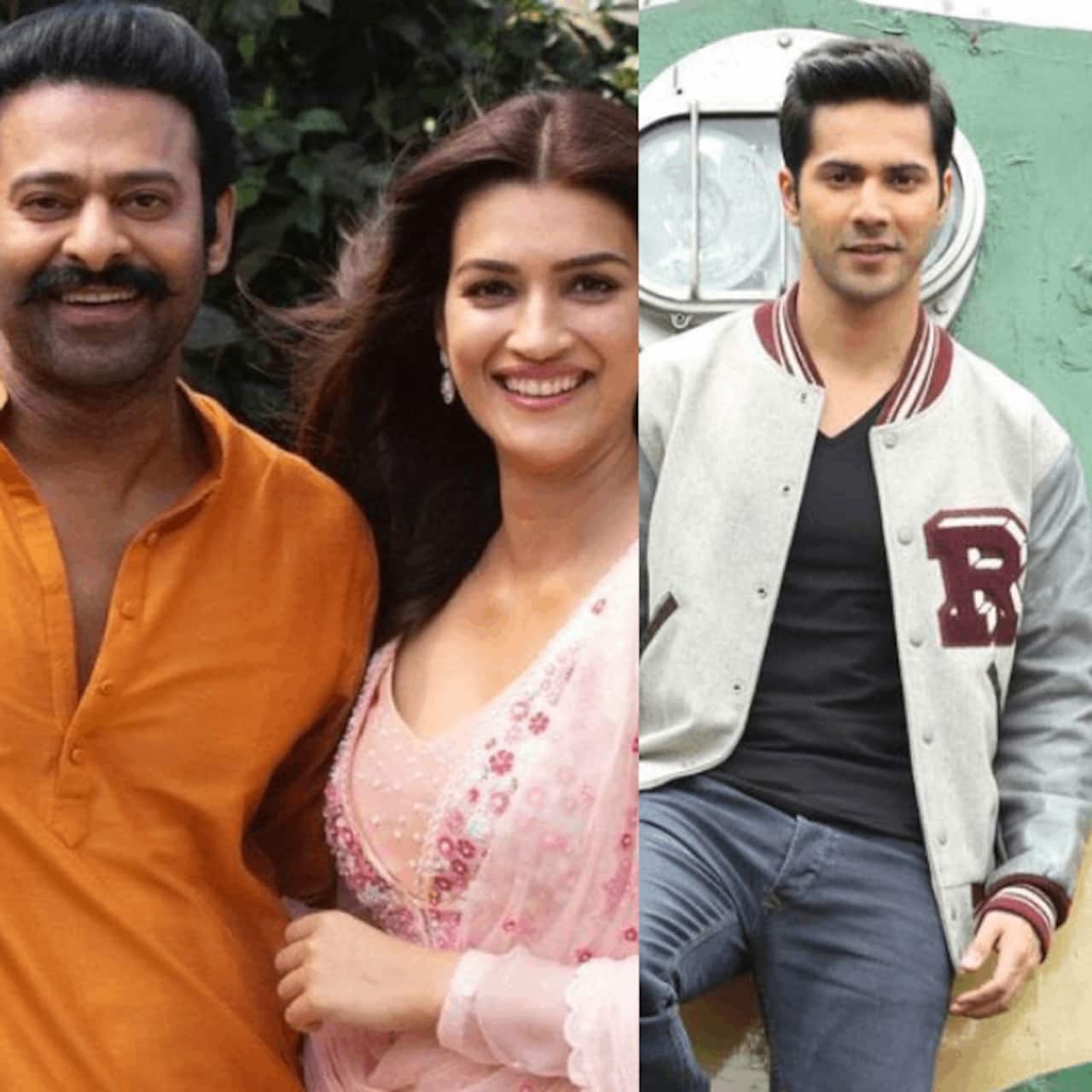 Here's something interesting. Of late, there have been rumours that something is brewing between Kriti Sanon and Prabhas. Both the stars are going to be seen in Adipurush together and whispers are being heard that they have fallen in love with each other. In a recent interview, Kriti Sanon also chose Prabhas when asked whom she would like to marry. This added fuel to the fire. And now, it seems, Kriti's Bhediya co-star Varun Dhawan almost confirmed the rumours of them dating. Also Read - Kartik Aaryan, Shahid Kapoor, Sidharth Malhotra and more actors with the best lineup on OTT and theatres in 2023

On the dance reality show Jhalak Dikhhla Jaa 10, Varun Dhawan and Kriti Sanon appeared to promote their film Bhediya. It film has already hit the theatres. Karan Johar is the judge of the show. So in a fun segment, KJo asked Varun Dhawan to name a few eligible single women from Bollywood. From the list Kriti Sanon's name went missing and that called for attention. Karan Johar asked the reason why and Varun gave a twisted answer allegedly talking about her affair with Prabhas. He said that Kriti's name is already written on the heart of a man who is not in Mumbai right now and is busy shooting with Deepika Padukone. Prabhas is currently said to be shooting for his next film titled Project K which has Deepika Padukone as his leading lady. Ahem, ahem! Kriti couldn't do anything but blush. Also Read - Kuttey Screening: Arjun Kapoor, Vidya Balan, Varun Dhawan and more Bollywood celebs attend the special show [Watch Video]

Netizens were quick to come to the conclusion that he was talking about Prabhas. Also Read - Kuttey Special Screening: Varun Dhawan, Vidya Balan and more at the star-studded screening of Arjun Kapoor, Tabu new film [VIEW PICS]

Talking about Bhediya, the film made it to the theatres this Friday. Though it took a slow start at the box office, it picked up over the weekend.