Did Bhool Bhulaiyaa 2 star Kartik Aaryan just admit being in a relationship with Sara Ali Khan with his 'Not everything is promotional' remark?

When Kartik Aaryan was recently asked about his link-up with Sara Ali Khan, the Bhool Bhulaiyaa 2 star gave a cryptic answer, which has again sparked speculations about their rumoured relationship. 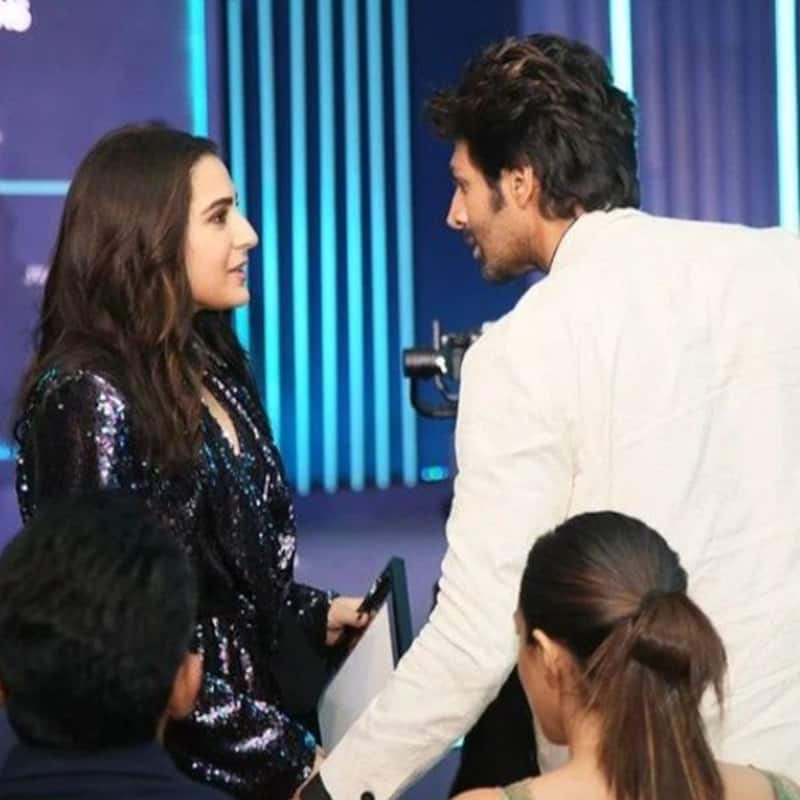 Kartik Aaryan and Sara Ali Khan had sparked dating rumours when they had started shooting for Love Aaj Kal 2. Their frequent outings had made fans wonder if the two were seeing each other. In fact, Sara had openly confessed that she has a huge crush on Kartik on Karan Johar's chat show Koffee With Karan in 2018 adding that she would love to go on a coffee date with. Also Read - International bikini day 2022: Disha Patani, Esha Gupta and more B-town actresses who set water on fire with their bold avatars

After the film tanked at the box office, Kartik and Sara were never seen together. Recently, the two came face to face for the time after their rumoured breakup. So when Kartik was asked about his link-up with Sara, the Bhool Bhulaiyaa 2 star gave a cryptic answer, which has again sparked speculations about their rumoured relationship. Also Read - Vicky Kaushal sports clean shave look for Sam Bahadur; but his sweet gesture for a fan grabs attention

"No, no. There was nothing promotional there. How do I explain this? No dear, I mean, we are humans as well. Not everything is promotional. This is all that I will say on this topic," Kartik told Navbharat Times during his recent interaction. Also Read - BTS: Kim Taehyung turns Rooh Baba as ARMY edits the Bangtan Boys into Kartik Aaryan-Kiara Advani-Tabu's Bhool Bhulaiyaa 2 [Watch Video]

Amid their breakup rumours, Kartik and Sara had unfollowed each other on social media out of the blue. It was being said that they could not make time for their relationship and thought it was better if they focused on their careers. However, there has been no official confirmation what went so drastically wrong between the two.

On the work front, Kartik is busy with the promotions of Bhool Bhulaiyaa 2 which is slated to release on 20th May 2022. The horror comedy also stars Tabu and Kiara Advani in the lead roles. Apart from Bhool Bhulaiyaa 2, Kartik will be seen in Freddy, Shehzada, and Sajid Nadiadwala’s next production venture. Meanwhile, Sara will be seen in Laxman Utekar’s next and Gaslight. The former stars Vicky Kaushal as the male lead and the latter also stars Vikrant Massey in the lead role.