Did Deepika Padukone just drop a hint on doing a film with Rajkummar Rao? View pic

Are you excited to see Deepika Padukone and Rajkummar Rao in a film together? 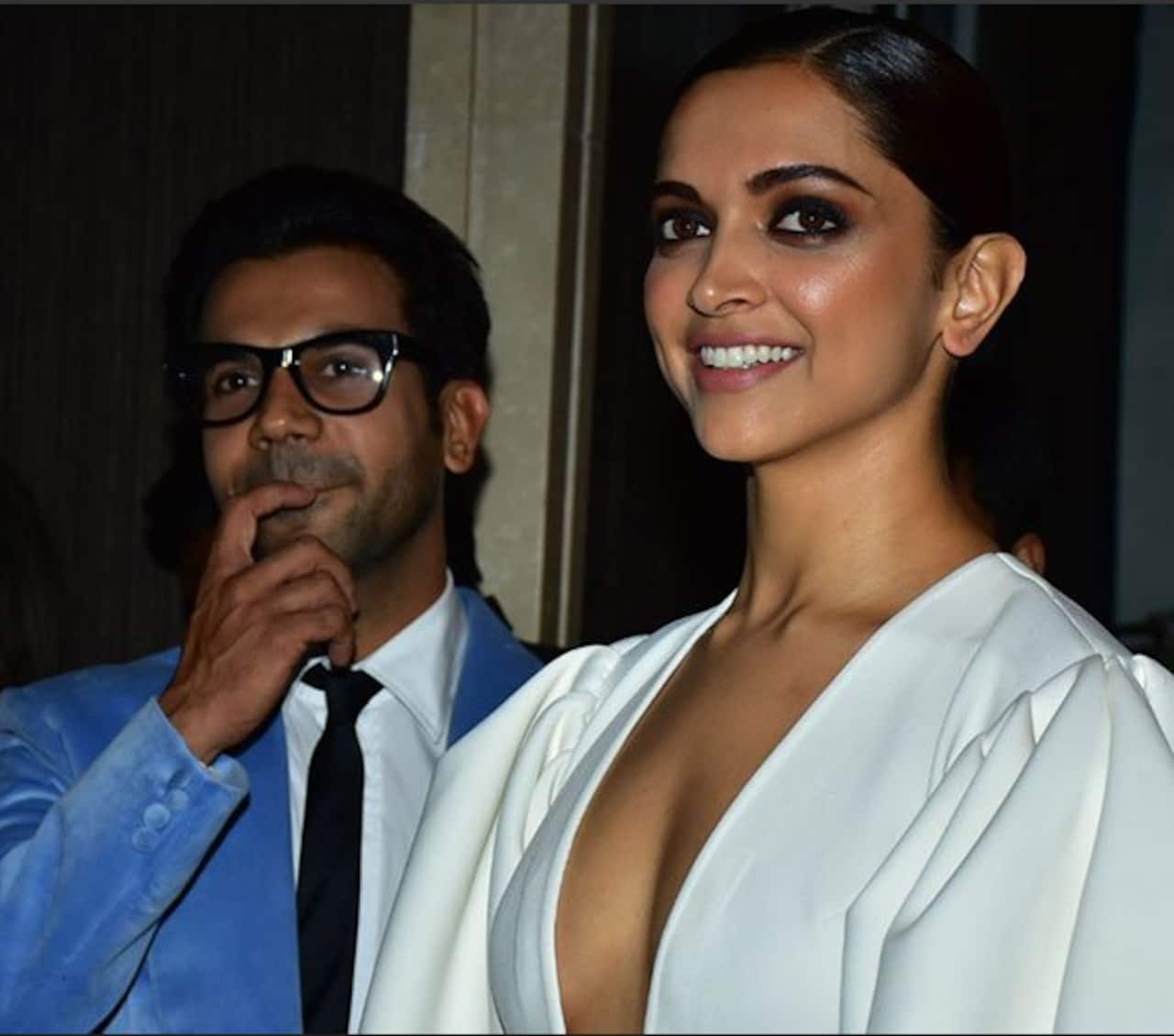 Talk about some exciting news! If the latest buzz is anything to go by then Deepika Padukone, who is currently busy finalising the script for her next film, is really keen on teaming up with Rajkummar Rao. Yes, turns out when she met Raj at the Hello! Hall Of Fame Awards a couple of days back, she couldn't stop praising him as they bonded for hours together at the awards show. In fact, according to sources close to Mumbai Mirror, she even went on telling people who she can't wait to sign a film with Rajkummar. Also Read - Pathaan: Shah Rukh Khan sings Aankon Mein Teri and Tumko Paya for Deepika Padukone [Watch Video]

Interestingly, Deepika even retweeted a picture of her and Raj from the Hello! Awards which had a caption that read, "RT if you want to see this talented duo in a film!" So does that come as a confirmation to the above scoop? Guess, by now you guys very well know how to read in between the lines. It's almost happening!!!! Here, below is the post we are talking about: Also Read - Pathaan: Shah Rukh Khan finally BREAKS SILENCE on controversy; says, 'Hum se galtiyaan bhi hoti hai...'

[PIC] Deepika Padukone and Rajkummar Rao at the #HelloHallOfFameAwards ? #HHOF2018. RT if you want to see this talented duo in a film! pic.twitter.com/NkZJyD9eJi

Rajkumar Rao, who himself is one brilliant actor too had once expressed his desire to work with Deepika stating how he feels that working with her will only enhance his performance. Rajkumar was spellbound with Deepika's performance in Piku. Speaking of which, he believes that every film that Deepika has done has taught him something new so doing a film with her would only mean more to learn and imbibe! Indeed, this collaboration will be one of a kind. Let's see which filmmaker gets lucky to sign these two powerhouses of talent first. Also, which genre do you think Raj and DP should explore? A love story? A thriller? Share your anticipations in the comments below and keep watching this space for more updates on this hot story. Also Read - Entertainment News Live Updates January 31: Priyanka Chopra reveals daughter Malti Marie's face, Bigg Boss 16 nominations, Pathaan day 6 box office and more