Did Nani make a sexist remark at Telugu movie Hyper's trailer launch? Read on to know what happened. 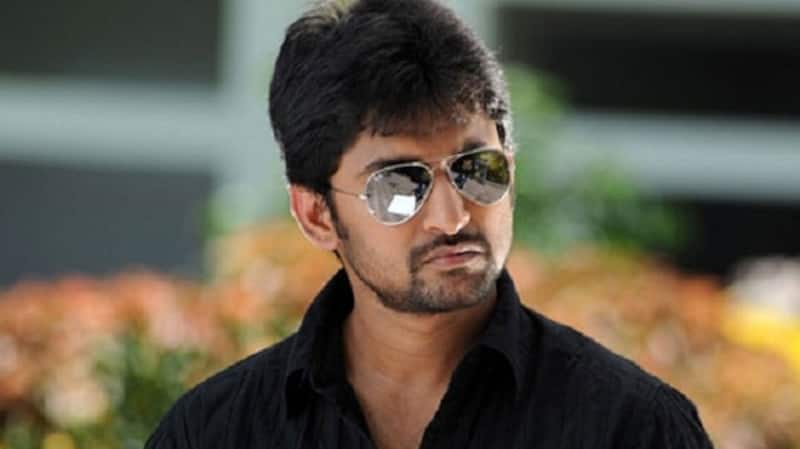 Telugu movie Hyper recently held their trailer launch. Present at the event was the entire team along with the Gentleman actor Nani. Apart from talking about the film, and his journey as an actor, Nani had quite a bit to say about Raashi Khanna but what he ended up saying didn't quite turn out the way it should have, because here's what he said,"“Raashi, you look beautiful and I can’t say more as it will not sound good. I used the word ‘beautiful’ because it is neat and classy, but everyone here knows just how beautiful you are.” Okay, what did he exactly mean? He might as well have said what he really wanted to, because by not saying anything he has surely implied everything! Especially after clearly specifying that he was using the word 'beautiful' only because it was a neat and classy term. What's more, this was all said in a public forum! Also Read - Liger star Vijay Deverakonda trolled for calling himself a 'self-made star'; here's a list of other Tollywood actors who made it in the industry on their own

This has not been the first instance in recent times. At another event in Hyderabad, a senior actor turned politican Nandamuri Balakrishna went a little overboard and went on to say this -If I play eve-teasing roles, and just follow girls, my fans will not accept. Either a kiss should be given or they should be made pregnant. That’s all. We have to commit ourselves.” This speech of his went viral and he had to apologise soon after, for this frivolous comment. That's when the actor issued an official statement, "“I’ve always had immense respect towards women and have treated them as my own family members. For that matter, even my films have had numerous references to why we should all respect women in our society. It’s a trait that I’ve got from my father, NT Rama Rao. The comments that I had made at the event were not targeted at anyone and if anyone took offence to my comments, I apologise to them.” Also Read - Trending South News Today: Prabhas and Nani’s picture with Amitabh Bachchan goes VIRAL, a popular actor joins the cast of Pushpa 2 and more

Even recently, a fan commented on Amala Paul's picture saying divorce women are hot and naughty but the actress did not take it lying back. She hit back with a fitting reply saying this - "Hey boy your ambitions are not in the right place. Please learn to respect women!" was her reply. Go Amala Paul! Also Read - Amitabh Bachchan with Prabhas, Nani; Salman Khan with Ram Charan and more pictures of Bollywood superstars with South stars that went VIRAL

What is disappointing is how a public figure-who bears a huge influence on their huge fan following-throws around frivolous comments without thinking. It means you are not giving any thought to what you are saying at THAT moment. As a public figure, you have to be extra precautious because unfortunately you will be the first to be judged. What do you think of what Nani said at the trailer launch? Did he go overboard?