Did Janhvi Kapoor's alleged boyfriend Shikhar Pahariya post and then delete a picture with the actress at Lake Como? - view pic

Shikhar shared a picture with silhouettes at the picturesque Lake Como and we are joining the dots...

We have told you earlier about love-birds Janhvi Kapoor and alleged boyfriend Shikar Pahariya. Yes, the buzz was on and off regarding their brewing romance but recent developments at a particular lakeside have cemented our hopes about their cute couple. Well, a picture to be honest and hey, as usual, we are here to share. No, the kids (at the risk of sounding at least 80 years old) did not indulge in painting-the-town-red with their PDA but in some old-school strolling and it's for the keeps. At least, that's what we think. Also Read: Dayum! Janhnvi Kapoor and boyfriend Shikhar Pahariya are totally killing it with their dance moves - watch video Also Read - Beautiful Trailer: Ram Gopal Varma gives an 'ode to Rangeela' filled with lip-locks

We say we think because there were no faces to reckon. That's right. Shikhar shared a picture with their silhouettes at the picturesque Lake Como and we are joining the dots since the Janhvi was also there to attend the engagement bash of Isha Ambani. But hey, that's not even the best part. It's worth talking because the post has been deleted. You heard that right. But hey, when have we seen and not shared? See the deleted post here. Also Read - Aishwarya Rai Bachchan walked the ramp for Manish Malhotra and looked like a dream come true - watch videos 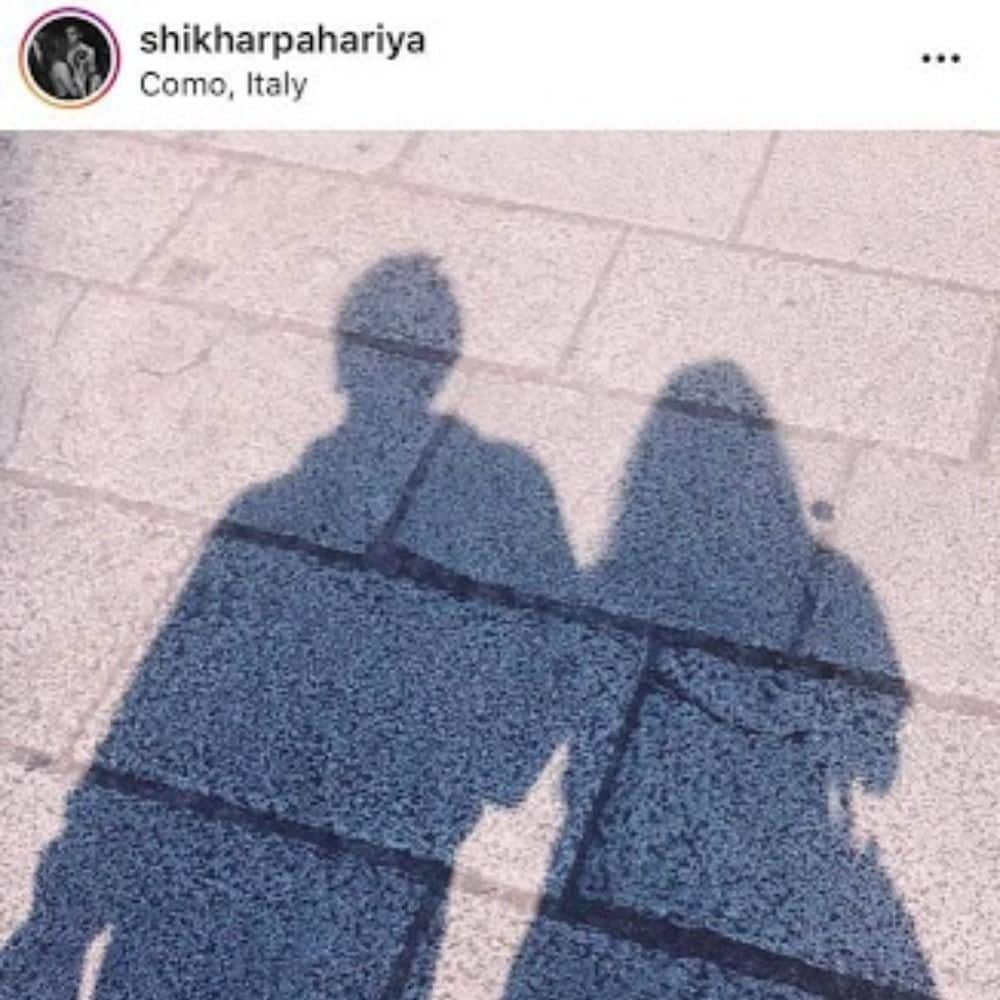 Shikhar Pahariya, who is the grandson of former Union minister Sushil Kumar Shinde, had earlier given his verdict on ‘Dhadak‘ which was Janhvi's debut alongside another flame Ishaan Khatter. Shikhar, who watched the Shashank Khaitan directorial had taken to his Instagram story to express his feelings about the film and it was all hearts. And now, it seems like the sparks are being rekindled again. what do you think? Tweet to us @bollywlife_life.