Did John Abraham get married secretly? 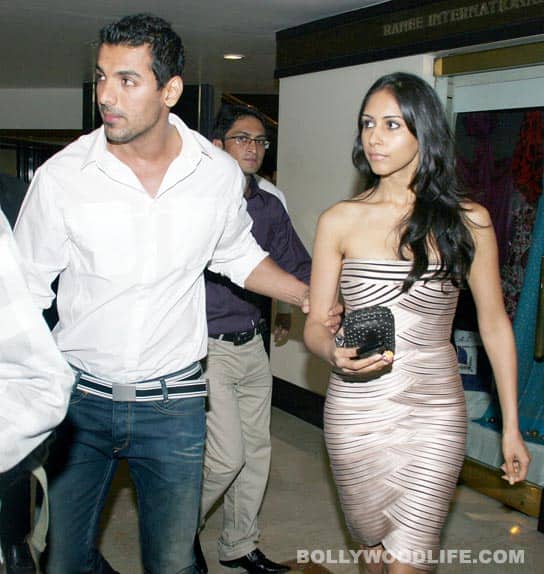 Ever since he broke up with Bipasha Basu, John Abraham has been in the news for his impending marriage plans to a banker named Priya Runchul. Even though the B-town hunk is said to have split with Bipasha because of his refusal to get married, his close friends say that he has been quite gung-ho about walking down the aisle with Priya. Strange as it may sound, John has never confirmed or denied this piece of information. And even as people were discussing his impending wedding plans, a piece of news that came in last night has surprised one and all. Social networking sites have been abuzz with talk that John has already tied the knot with his girlfriend at a secret ceremony in Los Angeles, USA two weeks ago since Priya’s family is based there. The actor, who had also spent his birthday with Priya and her family, is said to have kept even his close friends from Bollywood away from the hush-hush wedding. Well, while we know John’s need to keep his private life under wraps (especially after his relationship with Bipasha which was always open for public speculation), we didn’t really expect the otherwise chilled out star to go to such lengths to hide his marriage from the world. We want to congratulate you John, but it’s high time you spoke up!