Did Kiara Advani speak about her breakup rumours with boyfriend Sidharth Malhotra? Here's the video.

It was Bollywoodlife that exclusively told you about Sidharth Malhotra and Kiara Advani's breakup. A source close to us informed us, "Sidharth and Kiara have parted ways. The couple has stopped meeting each other as they have fallen out of love. The reason behind their separation is best known to them. But their breakup is indeed disheartening." And ever since then their fans have been finding all hints and possibilities if the couple is still together. Also Read - Bigg Boss 16: Salman Khan opens up about his SALARY on the reality TV show; says, 'If I got Rs 1000 crore...'

Kiara Advani is right now all set for her next film release along with Kartik Aaryan and that is Bhool Bhulaiyaa 2. The actress looked uber HOT at the trailer launch of the film and with no guessing she was asked if she wants to forget anyone in her life as the title of her film is Bhool Bhulaaiya 2. To which Kiara sternly said NO and added, "Every single person whom I have met in life, is added to my life so definitely not. Mai kisko bhi bhulaana nahi chahungi". As Kiara indirectly addressed the breakup rumours, netizens are speculating that she is talking about her Shershaah co-star Sidharth Malhotra. Also Read - Ranbir Kapoor Birthday: Brahmastra star's dating history with Deepika Padukone, and Katrina Kaif before finding his 'forever' with Alia Bhatt [Watch Video] 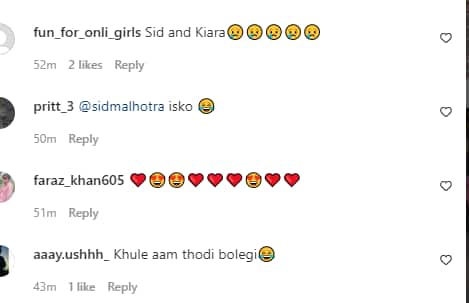 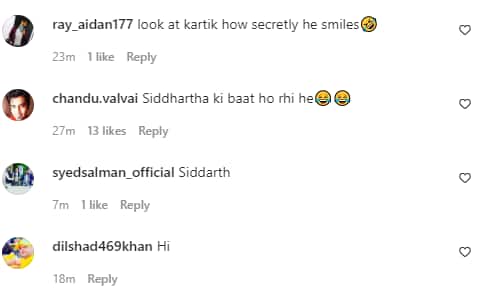 Also Read - Bigg Boss 16: Salman Khan will also play the game this time? Actor reveals how he will deal with contestants

Kiara and Sidharth may have parted ways but seems like they are still very cordial with each other. Why do you ask? Kiara posted her pictures of kick-starting the Bhool Bhulaiyaa 2 promotions and were liked by her ex-beau Sidharth and their fans were having this move by Sid.

Sidharth and Kiara are thorough professionals and they have always spoken about the respect and admiration they share for each other. While the couple never spoke about the relationship and it was just speculations of them being together. But Sidharth and Kiara were the most loving couple and this separation is indeed heartbreaking for all their loved ones.