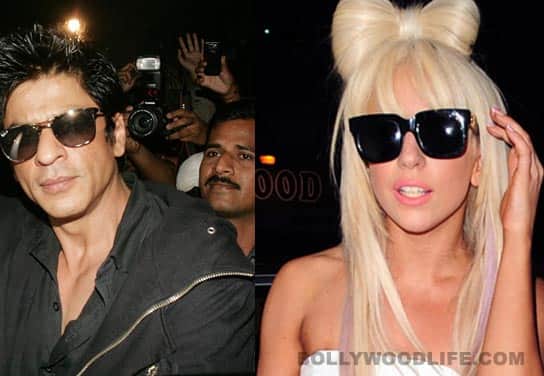 Very few people are impervious to superstar Shahrukh Khan’s charm. Surprisingly, international sensation Lady Gaga seems to be one of them

Recently, a tête-à-tête between SRK and Gaga turned out to be quite an interesting one. The two spoke on a range of topics including the musician’s life and the kind of hurdles she’s faced over the years. An entertaining mixture of SRK’s spicy repartees and Gaga’s snobbish counterattacks, the whole interaction was recently aired on UTV Bindaas. Sources say that the thing that stood out in the entire confab was Gaga’s coldness towards the superstar. Mr Khan tried really hard to mesmerize the eccentric musician, but in vain. All he got in return was swift retorts. It seems when she was asked by a fan in the audience if she would like to date Mr Khan some day, Gaga replied that she’s a nice girl and she prefers keeping an arm’s length from married men. Another point arrived on the show, which in a way confirmed the singer’s icy behaviour towards Khan. The actor, who is known for his generosity when it comes to gifting people, came up with the idea of giving his watch to the singer as a token of admiration, but Gaga just dismissed him by saying that he should probably give it to someone in the audience. After seeing the two party together and after reading reports about the warmth and bonding between them, this conversation comes as a great surprise. Maybe SRK needs to learn a few more tricks to impress the singer by the time she visits India again! Also Read - From Lady Gaga’s bubbles to Lara Stone’s lesbian love – 10 Hollywood celebs who scorched magazine covers with their totally nude photoshoots