She refused to confirm whether she is dating Delevingne or not.

Model-actress Paris Jackson has hinted that she might be bisexual. The 20-year-old actress, who has been romantically linked with Cara Delevingne in recent months, told her fans she is attracted to both men and women though she isn't really bothered about labelling herself, reports femalefirst.co.uk. Also Read - Late Michael Jackson's daughter Paris Jackson says she's 'feeling better than ever' after entering treatment facility

Hosting an 'Ask me anything' session on her Instagram account, Paris responded when one fan asked: "Are you bi?" She replied: "That's what you guys call it so I guess but who needs labels." Also Read - Paris Jackson's furious reaction to drug rehab rumours: It's annoying 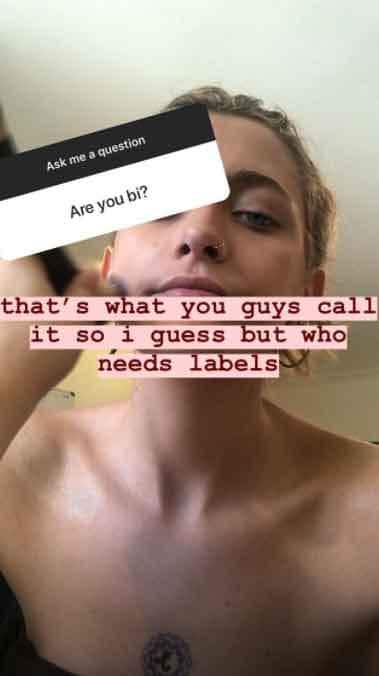 However, she refused to confirm whether she is dating Delevingne or not.

She replied: "None of your goddamn business."