Deepika Padukone dons the khakee uniform for a recent shoot...

Deepika Padukone has been in the news for a long time due to her upcoming film. Amidst the ongoing controversy of her upcoming film, Padmaavat, Deepika has taken on the cop act and is seen chilling like a boss. The actress was snapped on the streets of Mumbai recently, shooting for an upcoming commercial. DP turned a traffic police officer and looking at the picture, she is totally rocking the attire. DP had received threats over the release of her film and considering the fact that the film is yet to see the light of the day, the actress was seen keeping a low profile throughout, limiting her public appearances and being surrounded by security at all times. So it came as a shock when she stepped out to shoot on the streets. We wonder which product was she shooting for. Any guesses? Also Read: Simmba first poster out! Ranveer Singh as the notorious cop Sangram Bhalerao is coming to entertain you next Christmas Also Read - Bollywood's top actresses who almost went nude for the sexiest photoshoot ever – view pics

We couldn't help but notice how Deepika's recent picture has a connection with her boyfriend, Ranveer Singh. The actor recently took the internet by a storm with his cop avatar in Simba. The film, directed by Rohit Shetty and co-produced by Karan Johar, is slated to release on December 28, 2018. Post Ranveer's Simba poster, we got our hands on pictures of Deepika's cop avatar. We wonder if the actress is following in her boyfriend's footsteps. This makes us look forward to the couple's cop avatar in the coming months and totally love how the two are seen matching steps with each other. Adorable, isn't it? Check out the pictures below: Also Read - Deepika Padukone, Samantha Ruth Prabhu, Hrithik Roshan and other Top celebrities who have suffered from severe health issues 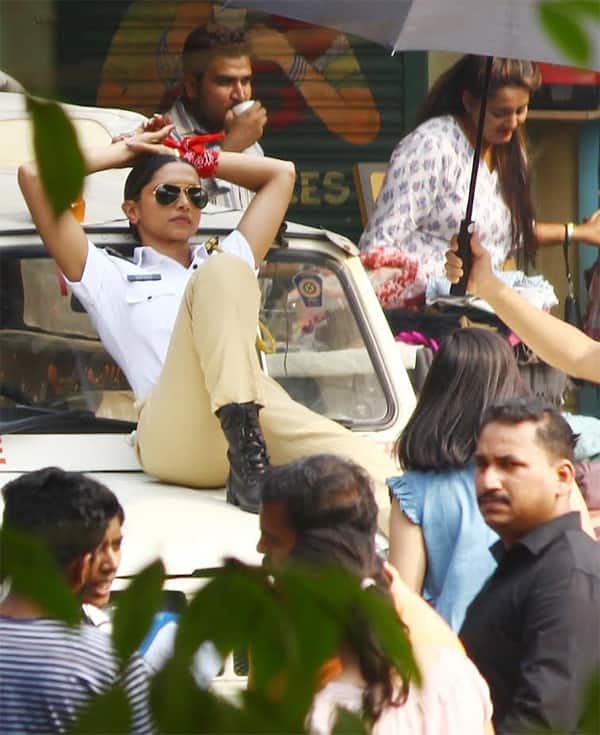 Ranveer Singh and Deepika Padukone are surely celebrating right now as their upcoming film, Padmaavat, finally gets a release date. Post all the controversy and riots, the film is all set to release on January 25. While Padmaavat will be clashing with Akshay Kumar's Padman at the box office, we are sure the films have nothing to worry about. Both the movies have a different target audience and will surely rule the box office. Which film are you rooting for? Comment below and let us know...