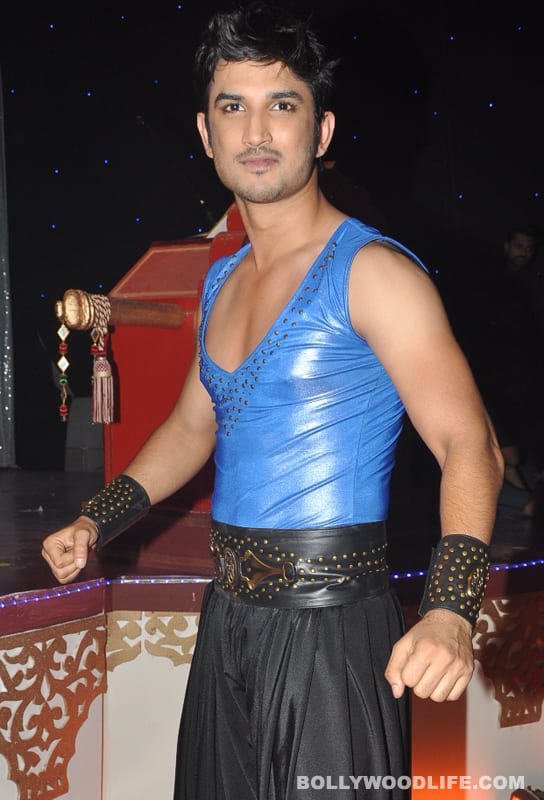 It seems all is not well between Ekta Kapoor and her protege, Sushant Singh Rajput. The latter quit her show Pavitra Rishta last month as he did not want to play an older character. The show is taking a 20 year leap and Sushant, we hear, did not want to essay a man approaching his fifties. So he opted out and Hiten Tejwani stepped into his role of Manav Deshmukh. This has definitely not gone down well with Ekta. At an event announcing the show's 20 year leap, Ekta said cuttingly, "Jo TV chhod dete hain, unhe TV chhod deti hai." (Those who leave TV should know that TV will leave them). A barb straight into Sushant's heart, perhaps? She also refused to answer any question about Sushant. Looks like Sushant's departure was as much of a shock to Ekta as it was to ardent followers of the show. After all, Pavitra Rishta brought Sushant fame, wealth and love, and he is engaged to Ankita Lokhande, who plays Manav's wife on the show. Ekta had to fall back on her replacement star Hiten, who was only too willing to be a part of the show and replace an actor once again in his career (he had earlier replaced Manav Gohil in Kkusum and Cezanne Khan in Kasauti Zindagi Kay). Does this mean Sushant will end up like Kaisa Yeh Pyaar Hai's Iqbal Khan who was thrown out of Ekta's camp forever? Also Read - SAY WHAT! The amount of weight Kartik Aaryan gained for Freddy will leave you STUNNED