Brie was confirmed to be playing Captain Marvel at the San Diego comic con in July 2016.

The rumours and speculations around Avengers: Infinity War are at an all-time high! With the movie inches away from a worldwide release, it is only natural that fans would do their best to quench their curiosity by picking up on plot detail from various sources. A plot detail has been given by a popular theatre chain in Australia. Apparently, Brie Larson's Captain Marvel WILL be making an appearance in the Avengers: Infinity War. The theatre chain has billed the actress in their synopsis of the film on their official site. The theory and the screenshot are going viral on social media. Now, this could be a mere mistake by the theatre chain but what are the chances of them billing that one very actress whose presence is the most disputed in the movie! We think they have let us in on a secret. Also Read - From Thor to Avengers Endgame: 6 Marvel movies you should watch to become Loki-ready

Brie was confirmed to be playing Captain Marvel at the San Diego comic con in July 2016. She also began shooting for the film very soon. Earlier, it was confirmed that she will be appearing in a cameo in Avengers: Infinity War and the actress even shot for the scenes. Though, later Russo brothers, directors of the film, stated that the shot scenes have been shelved due to the length of the movie and Disney wanted Captain Marvel to debut with her solo film. Despite statements, interviews and announcements from officials, fans can't come to terms with believing that she won't be making an appearance in AIW. And in the fans' defence, all the statements by Marvel officials could be a huge deception and a cover-up for what is actually going to happen in the film. ALSO READ: Avengers: Infinity War - Here's what the film's actors are up to after their superhero project Also Read - Avengers actor Mark Ruffalo aka Hulk makes a SHOCKING revelation 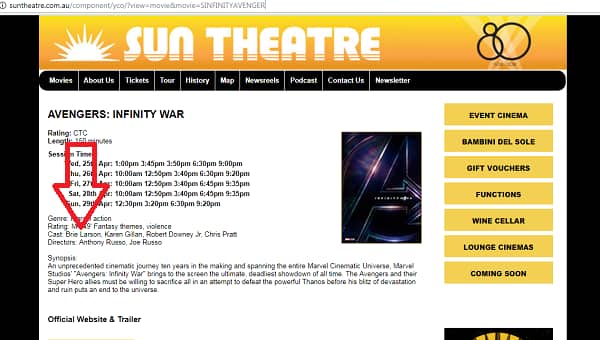 Also Read - Chris Hemsworth: I find it hard to play characters which are straight because I find them more restricting

The solo Captain Marvel movie will be set in the '90s. The movie will play a bridge between Avengers: Infinity War and Avengers 4. So, what are the chances that MCU will go back and forth with the timelines? They did it with Captain America. But I am personally including the theories that suggest Avengers 3 will pave the path for Captain Marvel, who will then make way for the next Avengers film. Not to forget that the most popular fan theories suggest that the infamous soul stone, which has never appeared in the MCU till date, will surface finally because Captain Marvel will be owning it.