Did you hear about the sequel to Madhur Bhandarkar’s 'Fashion'? 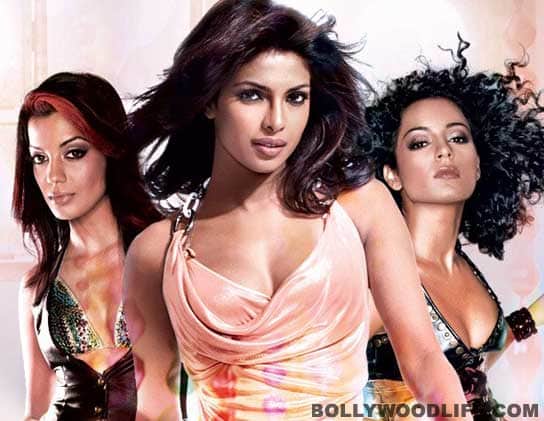 Sequels are the flavor of the season and filmmakers are going bonkers cashing in on successful films. The latest entrant in the sequels’ list is Madhur Bhandarkar’s Priyanka Chopra-starrer, Fashion. We heard that after Bhandarkar finishes his Kareena Kapoor-starrer Heroine, he will begin working on his next project, ‘Fashion Part 2’. Though many felt that Bhandarkar’s portrayal of the fashion world was very clichéd and generally showcased the models and their lifestyles in a poor light, the film went on to win all the major awards and bagged more than a dozen trophies for its actors (especially Priyanka Chopra and Kangna Ranaut). Not just critical acclaim, the film also went on to become a commercial hit. A source told a daily, "Bhandarkar and UTV’s head honcho Ronnie Screwvala were both very keen to make the second part of Fashion. Looks like finally they will have their dream come true. They have decided to launch the second part of Fashion in 2012." We are curious to know if Piggy Chops and Kangy will be a part of the sequel, or whether this one will have a fresh cast. Who knows - if Bebo and Madhur get along well during the making of Heroine, she might end up doing the Fashion sequel too! After all, who wouldn't mind another National Award? Also Read - Nasty! Kangana Ranaut takes a potshot at Priyanka Chopra; calls her a 'secular puppy'