Did you know Akshay Kumar's look in 2.0 is based on THIS real-life personality?

2.0 stars Akshay Kumar in an interesting role and his look in the film has been catching all the attention.

Rajinikanth and Akshay Kumar's 2.0 has released today worldwide and the hysteria around the film is unimaginable. Directed by Shankar, 2.0 is said to have a social message and it is something related to technology. Akshay Kumar, as the antagonist, drives a point in the plot and urges humans to think about nature as well while using technology. Akshay Kumar's character and the look are vaguely based on a real-life personality names Salim Ali who is commonly known as Bird Man. Salim Ali is known for breeding rare species of birds in a sanctuary that he owns in Goa, India. Salim Ali was the pioneer in urging the government to build reforms to save all species of birds. Akshay Kumar’s one of the looks in 2.0 looks very similar to Salim Ali and the characteristics of the role too are like the Bird Man. Also Read - Happy Birthday, Rajinikanth! 13 iconic dialogues of Thalaivar that are etched in our mind

Check out the comparison here: Also Read - Amy Jackson shares an adorable of video of son Andreas saying Hi to world and it's too cute for words 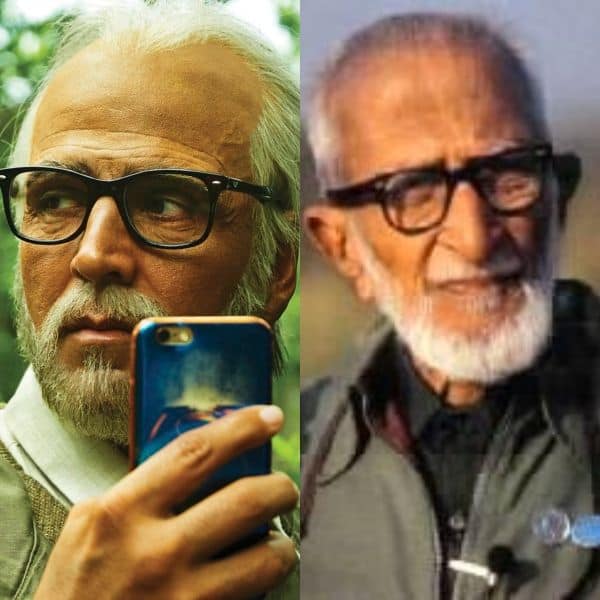 2.0 stars Akshay Kumar in an interesting role and his look in the film has been catching all the attention. This magnum opus will mark the debut of the Bollywood star in Tamil cinema. Directed by Shankar, 2.0 is a sequel to the 2010 film Enthiran which starred Rajinikanth and Aishwarya Rai in lead roles. Directed by Shankar, 2.0 has Rajinikanth reprising the same roles he played in the first part, Enthiran, and Bollywood star Akshay Kumar will be seen in a pivotal role, if not, as an antagonist. The core premise of the film is how technology is taking over human lives and how that is affecting nature too.