Did you know Alia Bhatt and Taylor Swift have a connection? - find out

Alia Bhatt and Taylor Swift's this connection is hard to miss... 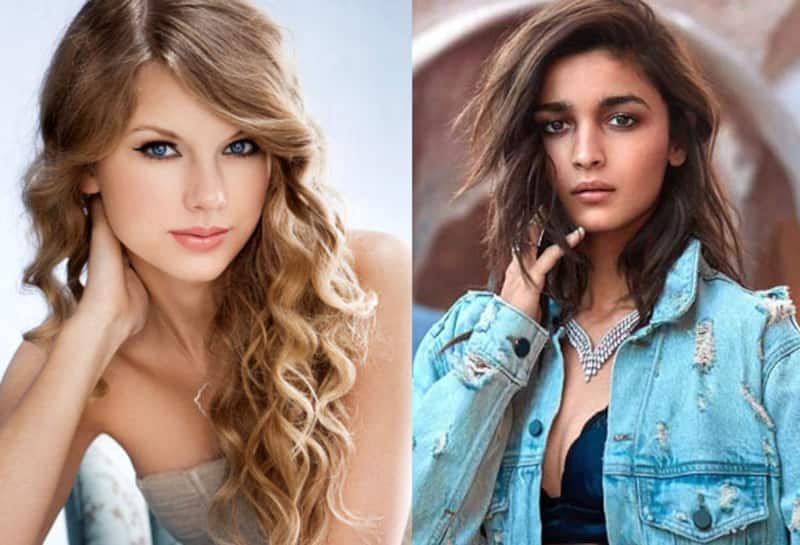 American singer-song writer, Taylor Swift just released another number which is going viral currently. After hit numbers like 'You ready for it?' and 'Look what you made me do', Taylor has released another song from the Reputation album titled Delicate. The actress disappears from the public and is seen showing off her goofy moves in the videos, which will instantly get your feet tapping. If we have to draw a similarity between Taylor with one Bollywood actress, the first name which comes to our mind is, Alia Bhatt. The young actress has a special connection with the singer and it's hard to miss. In every other song, Taylor is seen mentioning her cats, Meredith & Olivia and just like her, Alia too can't enough of her pet cat. Also Read: Alia Bhatt opens up about the love of her life and it is not what you expected Also Read - Samantha Ruth Prabhu defeated by Alia Bhatt, Shraddha Kapoor and more actresses on Most Followed on Instagram list; THIS Bollywood diva leads

The Bollywood actress too can't get enough of her white fluffy cat, Edward Bhatt. In fact Alia's cat even has a Twitter account which is flooded with adorable pictures. Similarly, Taylor's cats too have various accounts on Twitter. If you go through their Instagram handles, you will be amazed to spot the similarity between the two. Alia even follows the singer on Instagram and we wonder if her account is inspired by Taylor's. Check out their posts below: Also Read - Brahmastra: Ayan Mukerji promises to make part 2 with better dialogues after trolling; says, 'It is a very very big challenge...'

The Swift Life is available for free worldwide in the App Store. See you there!

Some real tough questions I had for Olivia.

BIG thank you from Eddie and I, for the 18M love ? Soo grateful! Hey does this make me an adult? Like an insta-dult? Haha this sense of humour just lost me some followers ?


Earlier when Alia Bhatt was questioned about the reports of her relationship, she spilled the beans on why she keeps her personal life under the wraps. The actress said that girls who have multiple boyfriends are being frowned upon in the society, and that if Taylor Swift would have been in India, she would have been shamed for dating as many men over the years. Also Read - Koffee With Karan 7 finale: Karan Johar gets massively trolled for his Alia Bhatt obsession; gets compared with her character in Brahmastra
Advertisement
Stay tuned to BollywoodLife for the latest scoops and updates from Bollywood, Hollywood, South, TV and Web-Series.
Click to join us on Facebook, Twitter, Youtube and Instagram.
Also follow us on Facebook Messenger for latest updates.
Advertisement