Read on to find out more...

Bigg Boss Marathi premiered with its maiden episode on April 15, as host Mahesh Manjrekar locked 14 people from the Marathi film and TV industry inside the dreaded house, for over a period of 100 days. Popular actress, Resham Tipnis is one of the housemates. For those of you who don't know, she has a Shah Rukh Khan connection too. She had made her Bollywood debut in 1992, as Anjali Sinha in SRK-starrer, Baazigar. She had also featured in Yash Raj Films' Mere Yaar Ki Shaadi Hai, which starred Uday Chopra, Jimmy Shergill, Tulip Joshi and Bipasha Basu. Resham has also worked with Salman Khan, who has been hosting the super successful Hindi version of Bigg Boss since the last eight years. Remember spotting her in Jai Ho? Also Read - 5 Blockbusters, 4 Hits, 3 Superhits – Shah Rukh Khan was the undisputed KING of the box office in the 90s; Salman, Govinda, Sunny, Ajay, Aamir, Akshay never came close

Here’s a still of Resham Tipnis with Shilpa Shetty from the movie Baazigar: Also Read - 29 Years of SRK: From being married before entering Bollywood to attaining stardom with negative roles – here's how Shah Rukh Khan defeated the ODDS to become the world's biggest superstar 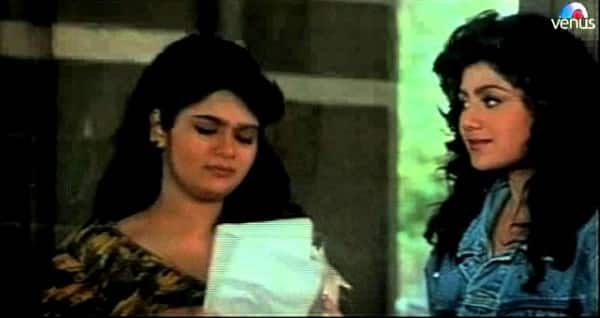 Talking about her television outings, she has featured in shows like Campus, Woh Rehne Waali Mehlon Ki, Do Dil Ek Jaan, Baa Bahoo Aur Baby, Kyunki Saas Bhi Kabhi Bahu Thi among others. On the personal front, Resham was married to actor Sanjeev Seth in 1993, at the age of 20, but they got divorced in 2004. They have two children, Rishika and Manav. ALSO READ: Bigg Boss Marathi contestant Resham Tipnis makes a surprising revelation and here’s how other housemates react to it

Resham opened up about her married life inside the house, when she revealed to everyone that she got married at an early age. In an unseen video, she can be seen telling some of her co-contestants that one should get married early on in their lives to lead a tension-free life. In the same video, she says that she has around 18 cats as pet and she also had a Labrador, who passed away last year in October.