Before turning film director, Rohit Shetty was an AD and stunt coordinator in various films in 90s...

Rohit Shetty is one of the biggest directors in India today. As a director he has churned blockbusters one after the other. He is often called as the blockbuster director. After hosting a successful season for Khatron Ke Khiladi, Rohit Shetty is all set to return as director with the fourth instalment of India's biggest comedic franchise, Golmaal Again. Off late Rohit as well as the multi star cast of the film are on a promotional spree and Akshay Kumar's The Great Indian Laughter Challenge was one of their stops. According to a report in Mirror, it was while on the sets of the show, Akshay Kumar revealed that during the shooting of Suhaag that had released in 1994 and is famous in pop culture for boasting a chartbuster track in Gore Gore Mukhde Pe Kaala Kaala Chashma, "Rohit would address Ajay and me as “sir“ during the shoot." Rohit was an AD on that film. Also Read - From Shah Rukh Khan to Shilpa Shetty Kundra: 8 Bollywood actors who have successful side businesses

Adding on to that Rohit further revealed that he was the body double of Akshay Kumar in Suhaag, "During Suhaag, I was a duplicate for Akshay and had learnt his `walk'." He also went on to perform that move. Later the duo went on to perform a sketch about costume dadas who are happy assisting female dancers but are annoyed with male ones. Also read: Ranveer Singh's Temper remake goes on floor in May 2018, confirms Rohit Shetty Also Read - Trending Entertainment News Today – Shah Rukh Khan, Salman Khan and Akshay Kumar’s era is ending, says Priyadarshan; The Family Man 2 actress Priyamani's marriage with Mustafa Raj is illegal? 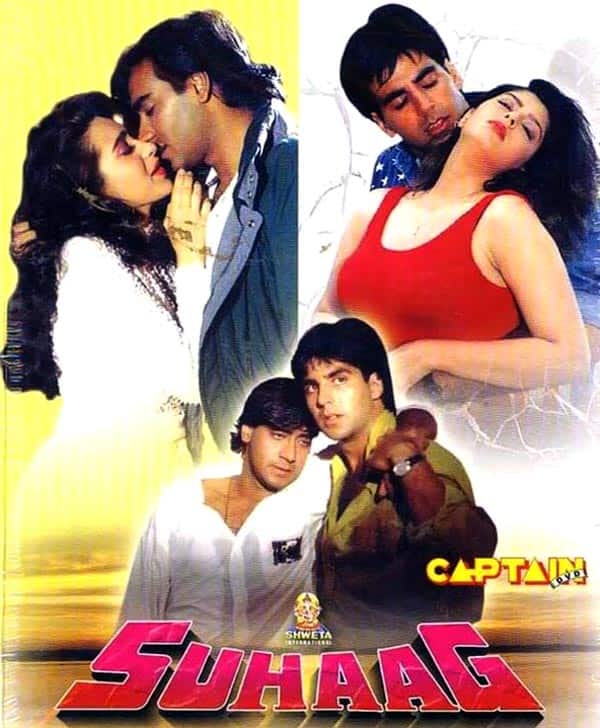 Check out the famous song below:

Ajay Devgn will be seen sharing screen space with Akshay Kumar after almost 12 years even though only on small screen. While the episode will be telecasted on Saturday, October 14, 2017, Golmaal Again is slated for an October 20, 2017 release. Also read: Hot scoop! All is not well between Golmaal Again actresses Tabu and Parineeti Chopra?

Stay tuned to BollywoodLife for all the latest updates.