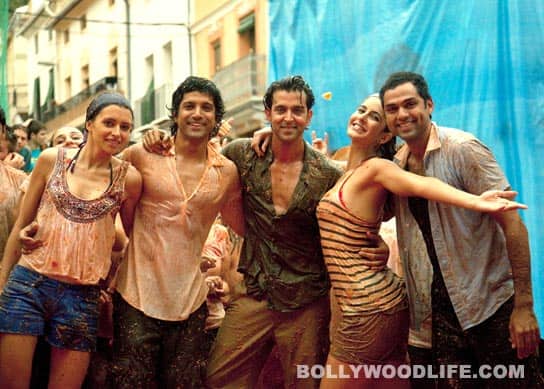 As Sanjay Gupta and Kunal Kohli’s war of words continues, Zoya Akhtar’s road film is dragged into an unnecessary controversy over winning the Best Picture trophy at the recently held Screen Awards

Bollywood award ceremonies are no longer taken as seriously as they used to be taken a few years ago, but this time around things have become messier than expected. The entire team of Zoya Akhtar’s Zindagi Na Milegi Dobara, except for Katrina Kaif boycotted the Colors Screen Award after it was made known that ZNMD would have to share the Best Picture trophy with Milan Luthria's The Dirty Picture. Farhan Akhtar, who was present at the event, was also seen sulking around in the lounge area. The two members of the award jury, Sanjay Gupta and Kunal Kohli have let the cat out of the bad and the volley of words they are hurling at each other these days, makes for an interesting read.

Gupta is accusing Kohli of hard-selling ZNMD to the jury and thus jeopardizing the winning prospect of TDP. It is a little hard to believe though that Kohli managed to ‘arm-twist’ filmmakers like Shekhar Kapur, John Mathew Mathan, Bhanu Athaiya and Pradeep Sarkar; and made them do something they were against. Kohli, on the other hand, says that Gupta’s claims that ZNMD didn’t deserve to win the award because it is a rip-off of Fandango, was just a pretext. He said that the real reason he says was that Balaji Motion Pictures (producer of TDP) is also producing Gups’ next film and he wanted to show his loyalty by rooting for their film.

Surprisingly, Imtiaz Ali’s Ranbir Kapoor-starrer, Rockstar, wasn’t even nominated as one of the best films and that raised quite a few eyebrows too. But certainly, with Delhi Belly, No One Killed Jessica and The Dirty Picture in the race, it’s a little strange that ZNMD was even a front runner for the statuette. Sanjay Gupta’s allegations and Kunal Kohli’s defence is still on and we are waiting to watch if Kohli blows his fuse. Having said that, Gupta accusing someone for ripping off a foreign film made us laugh so hard, we almost cried!

Click here to read everything about Zindagi Na Milegi Dobara