The song makes for pleasant listening 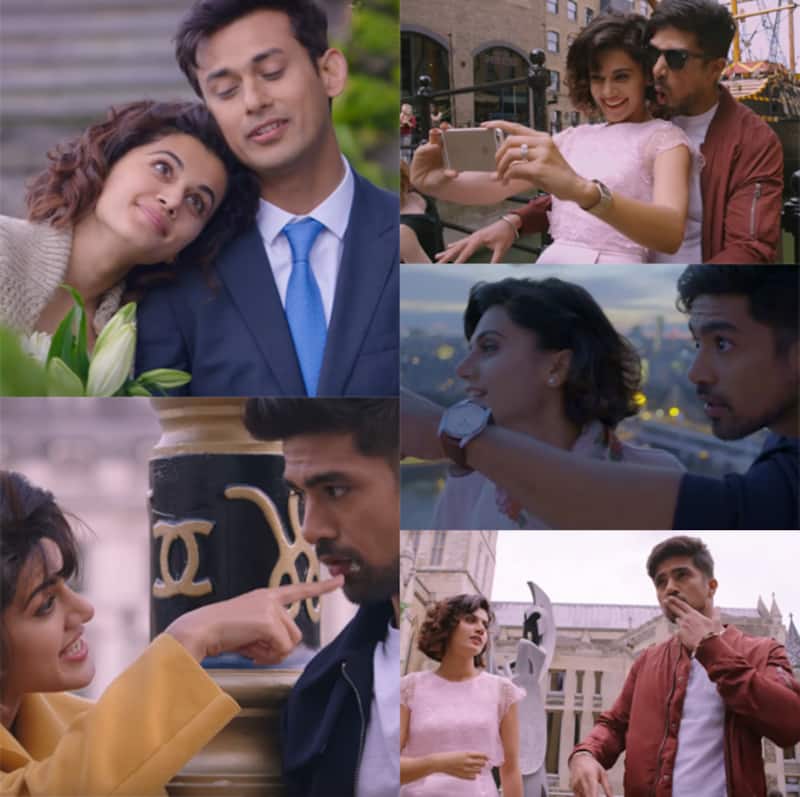 Pure love stories have kind of lost their sheen in Bollywood. However, Aleya Sen's Dil Juunglee looks like a refreshing take on friendships and love. Today, the song Dil Jaane Na was released and everyone is quite happy. The reason is we are getting to hear Mohit Chauhan after a long time. He may not be as prolific as others but Mohit's charm is undisputed. Dil Jaane Na is a very breezy song, and will remind you of his superhit track, Dil Dooba Dooba in some parts. He is accompanied by singer Neeti Mohan. The song is written by Abhiruchi Chand and music is composed by Abhishek Arora.

Also Read - Taapsee Pannu to Kareena Kapoor Khan; celebs who insulted the paparazzi and indulged in heated arguments with them

In the song, we can see Saqib Saleem, Taapsee Pannu, Abhilash Thapliyal and Nidhi Singh living it up in London. Taapsee has a very chic and sophisticated look in this song. The soft blue and pink dresses look fab. Saqeeb and Taapsee turn on the romance, especially in the moment when she looks lost in his eyes. The song deals with the confusion that happens in love, especially in modern relationships where people move on much faster. Check the video...

Dil Juunglee is Aleya Sen's directorial debut. It is also the first film of Saqib Saleem and Taapsee as a pair. The film releases in the next few days and has got a good response from the youth. Stay tuned to Bollywood Life for more scoop and updates... Also Read - Trending Entertainment News Today: Shehnaaz Gill breaks silence on sudden exit from Salman Khan's film; Taapsee Pannu's scuffle with paparazzi and more