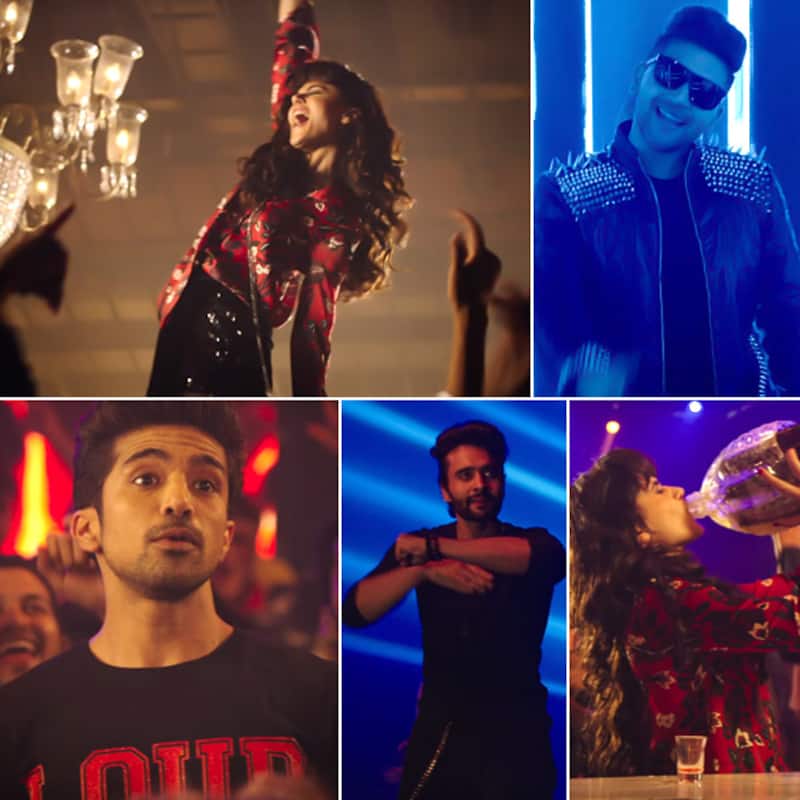 This Valentine's Day Bollywood will see the release of the romantic comedy Dil Juunglee. Taapsee Pannu and Saqib Saleem headline this fun looking film. The first song from the romp was released today and we are not entirely sure how we feel about it. Also Read - Dunki: Taapsee Pannu on pictures from the sets being leaked; REVEALS Shah Rukh Khan, Rajkumar Hirani’s shocking reaction

Guru Randhawa has become a household name after the fantastic success of Ban Ja Rani from Tumhari Sulu. He has quite a few projects lined up that are about to give him his due credit in the industry. Is Nachle Na from Dil Juunglee one of those songs that will strengthen his position in the industry? We will leave that up to you to decide. We see Taapsee and Saqib having the time of their lives in a club. It seems like that Taapsee is playing first-time-drunk and Saqib is having a tough time handling her. It is so going to remind you of night outs with your friends. Guru Randhawa and Neeti Mohan's voice blend in well with the vibe of the ditty. Also Read - Trending Entertainment News Today: Shehnaaz Gill breaks silence on sudden exit from Salman Khan's film; Taapsee Pannu's scuffle with paparazzi and more

Also, there is a cameo by the producer of the film, Jacky Bhagnani. It will be a delight for the fans of the actor to see him on screen after a long time. Though we feel that this small dancing cameo was a bit unnecessary. Also Read - Taapsee Pannu gets into a heated argument with paparazzi for arriving 'late' at Dobaaraa event: 'Mujhse tameez se baat kijiye'