Diljit Dosanjh is obsessed with Kylie Jenner and these instances are proof of the same.

All this time we were under an impression that Diljit Dosanjh was obsessing over Kim Kardashian's husband Kanye West's Yeezy shoes but looks like it's the youngest member of the Jenner clan that has his attention. Mr Dosanjh is quite smitten by the 19 year old Kylie and he is not being any bit secretive about it. Call it slightly scary but the actor has literally been stalking Jenner Jr on all social media handles. In fact, his latest song Do You Know is also a song meant for the reality TV star. Creep alert? Not yet. There's a lot more you need to learn about the Punjabi superstar's obsession and the Twitterati's response to it. It's simply hilarious. Also Read - Trending Hollywood News Today: Travis Scott shares throwback pic of Kylie Jenner stark naked in his arms, HYBE shuts down RM's wedding rumours and more

We remember the actor's first Bollywood interview was with Anupama Chopra on Film Companion. He was supposed to talk about his debut film Udta Punjab and build connect with Bollywood audience. Instead, he gave zero f*cks about that and continued his rant on wanting a Yeezy 350. Aha! That's when even we got an impression that perhaps the actor is totally crazy for the Kimye pair. Also Read - Kylie Jenner's luxurious home evokes as much appeal as she does [View Inside Pics] 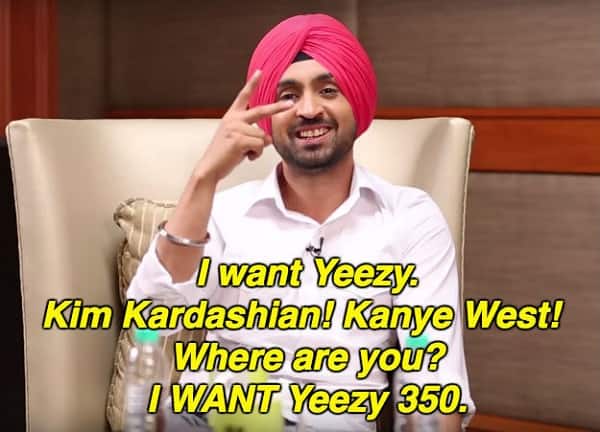 Little did we expect that there were some 'hitting on' activities going on underground! Diljit actively follows Kylie and makes it a point to comment on her Insta posts, in Punjabi. You see, love needs no language or whatever that phrase is, Mr Dosanjh doesn't care if his crush is discovered. Here, for her latest Insta post, he has commented, 'Stop it, you' in Punjabi! 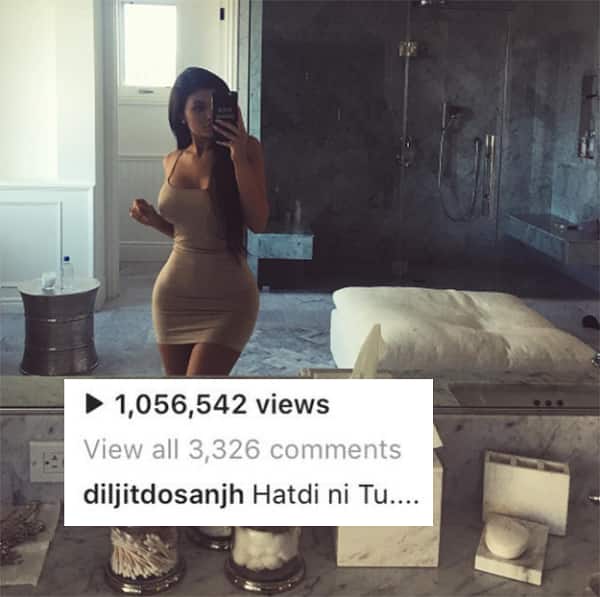 Just like every other fan, he is quite flustered by this pic of Kylie with her bae, Tyga, wearing nothing but a pair of denims. A heartbroken Diljit replies, *Facepalm* for this pic. 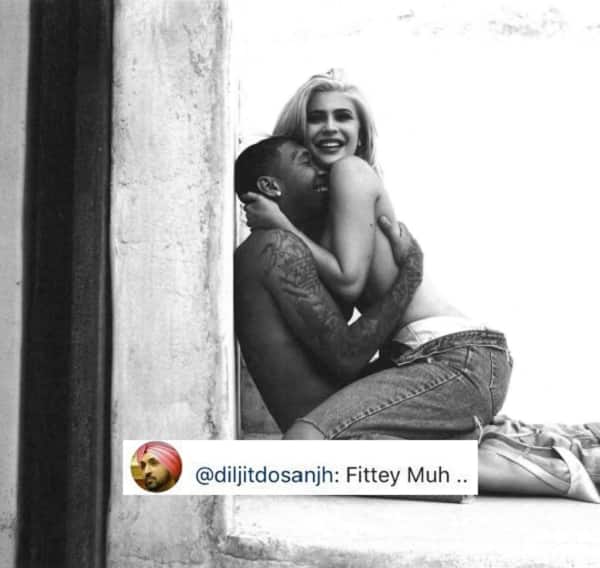 No Kylie, the obsession is not over yet. Because the 19-year old gets spammed by fans on a daily basis, the best way to get her attention is to probably call her name out in a concert! You heard that right. At a concert in Birmingham, in front of all his Punjabi fans, Diljit dropped the KJ bomb. Result of this ballsy move? No response from Kylie. 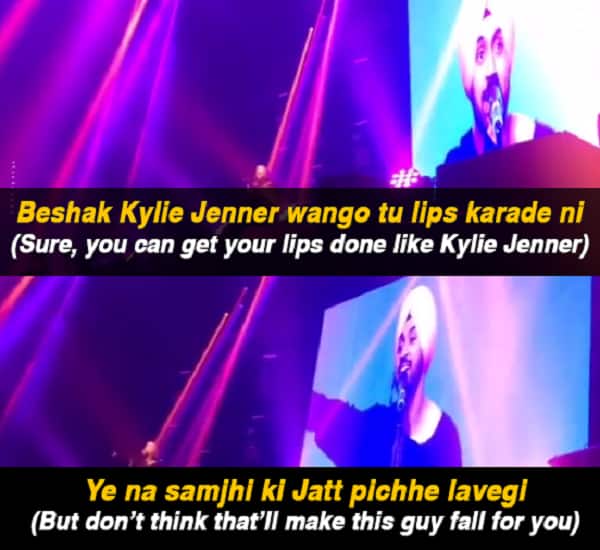 Fine. Even that move didn't work. What to do next? Write a song on her! The famous Do You Know song by Dosanjh is actually a ballad dedicated to Kylie! You can check out the video below.

Still no response from bae? Time to tag her on Twitter. Which is what the superstar did. He tagged Kylie in his tweet along with the link of his song Do You Know, just so she'd finally cave in and give him attention.

And then make a business proposition, on Twitter, because that's how he rolls.

Oh and all his virtual talk with Kylie is happening in Punjabi, just thought I'd add that fact. While people are still busy making speculations that maybe his Do You Know song is loosely based on expressing his love for Jenner Jr, Diljit boos fans and affirms that it really IS for her. Ah, silly fans! 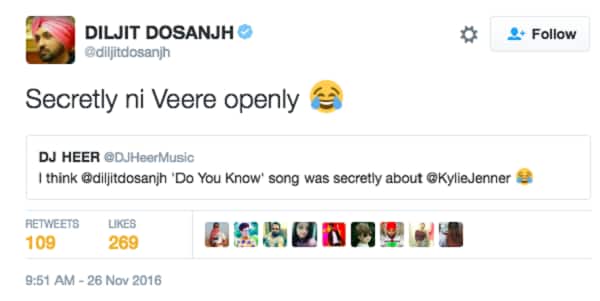 Of course, Twitterati finally starts reacting to this mad obsession and fans of Diljit are rather pissed. They're basically upset that their superstar has eyes only for one chica and that's Miss Jenner. 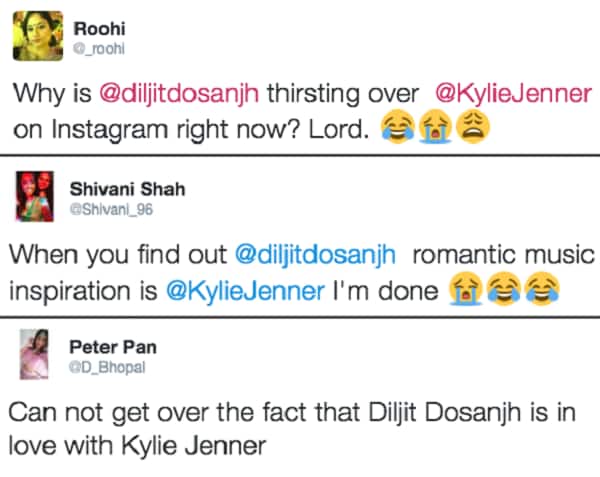 However, there are some who are being real buddies and supporting Diljit in his crazy endeavour to get Kylie's attention, in some way or the other!

Meanwhile, a vlogger calls out Diljit Dosanjh's obsession with Kylie Jenner and points at the flaw in his stalking. *Very apt*

But people do want to know how this thirst of Diljit for Kylie ends...

We're on crossroads for this mad obsession is left us laughing out loud and frowning at the same time. Thoughts, BollywoodLifers? Tell us in the comments section below. Stay tuned to this space for more gossips and latest updates.