Diljit Dosanjh: I don't consider myself a star in the Punjabi film industry

Turbaned characters have often been typecast in Bollywood. But Diljit Dosanjh, a Sikh, who has previously said that he feels honoured to represent his community in mainstream Hindi cinema, stressed that it is not happening anymore. 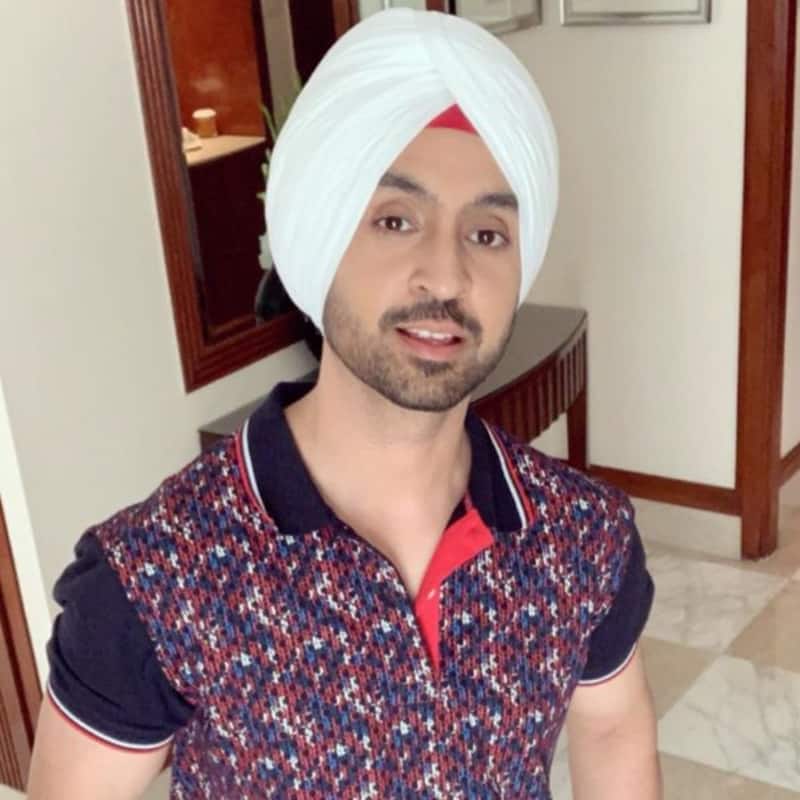 He made his Bollywood acting debut in 2016 with "Udta Punjab" and ever since then there was no looking back. Punjabi actor-singer Diljit Dosanjh, who is acclaimed for his versatility, says he does not believe he is a star yet and prefers to be just called an "artiste". Diljit rose to prominence in Indian showbiz with roles of varying shades in "Udta Punjab", "Phillauri" and "Soorma", as well as with his songs. Today, he has a fan following of 3.6 million on Twitter and 7.3 million on Instagram. Also Read - What to watch this weekend: Diljit Dosanjh's Jogi to Tisca Chopra's Dahan; upcoming new movies and web series on OTT that you can binge on [Watch Video]

With all the crazy fandom, does he feel he has achieved as a star? "I don't consider myself a star in the Punjabi film industry. I don't believe in stardom. I am an artist and am working like one," Diljit told IANS. Also Read - Upcoming new movies and web series this week: Diljit Dosanjh’s Jogi, Swara Bhasker’s Jahaan Chaar Yaar, Dahan and more

He describes his three years in Bollywood as "a good journey", and is looking forward to what the future holds for him. "It's been a good journey. I have competed for about three years in the industry. It's been fun. I am getting good offers. Let us see where I stand five years from now," he said. Also Read - Trending Hollywood News Today: BTS' V aka Kim Taehyung's viral shirtless pic, Kim Kardashian confesses undergoing laser treatment and more

Turbaned characters have often been typecast in Bollywood. But Diljit Dosanjh, a Sikh, who has previously said that he feels honoured to represent his community in mainstream Hindi cinema, stressed that it is not happening anymore.

"It must have happened before but I never felt I was being treated differently. Why should there be a mould? I never thought I'd get typecast. I have done all types of films -- be it 'Phillauri', 'Udta Punjab', 'Soorma', 'Arjun Patiala' or 'Good News'. I don't know why there was a mould (but) thank god it's not there anymore," he said.

The 35-year-old actor comes from a simple family in the village of Dosanjh Kalan in Phillaur tehsil, Jalandhar district, Punjab. His father, Balbir Singh, is a former employee of Punjab Roadways, and his mother, Sukhwinder Kaur, is a homemaker. Diljit started his acting career in 2011 with "Loins of Punjab". He was subsequently seen in hits such as "Jatt & Juliet", "Jatt & Juliet 2", "Punjab 1984", "Sardaar Ji", "Ambarsariya", "Sardaar Ji 2", "Super Singh", "Soorma", "Sajjan Singh", "Rangroot" and "Shadaa".

The actor is fondly called the king of Punjabi films, but Diljit likes to refer to himself as a singer. "I am a singer. It (the tag of 'king of Punjabi films') has happened because of the love of people. I consider myself a singer and a small artiste," said Diljit, who has sung several chartbusters such as "Laembadgini", "5 taara", "Kylie+Kareena", "Patiala Peg", "This Singh Is So Stylish" and "Do You Know".

His new film, "Arjun Patiala", released on July 26. The film also stars Kriti Sanon and Varun Sharma. Talking about the film, Diljit said: "There is a film within a film. And I am one of the characters in the film who is a police officer and wants to work for the betterment of society. It's an out and out comedy," he said