Diljit Dosanjh spotted waltzing with a female fan on the sets of The Kapil Sharma Show - view HQ pics!

He is simple, humble and totally charming. Diljit Dosanjh, the superstar of Punjabi films is busy promoting his upcoming film, Super Singh nowadays. The Punjabi heartthrob went on the sets of The Kapil Sharma Show to promote his film along with his beautiful co-star Sonam Bajwa. While Diljit opted for a floral shirt, Sonam chose to wear an ivory white salwar kameez. The Punjabi flavour was full-on and Kapil also wore a black patiala suit for this episode. Sonam's look was similar to Aishwarya Rai Bachchan's when she came for Ae Dil Hai Mushkil. Rochelle Maria Rao became a Punjabi kudi for Diljit.

Also Read - Sidharth Shukla and Shehnaaz Gill come together for Silsila Sidnaaz Ka: A Modern Fairytale show on OTT; here's what you need to know

There was a lot of song and dance. We are guessing that Kiku Sharda became some insect or space entity but we cannot figure him out as yet. Diljit sang a bit, danced on the Bhangra and also waltzed with a fan. Kapil shook a leg with Sonam. The lady later thanked the star comedian for promoting Punjabi culture and films on the show. Super Singh is produced by Ekta Kapoor and is a complete entertainer. Diljit was part of the promotions for Udta Punjab on the show. Check out these snaps... 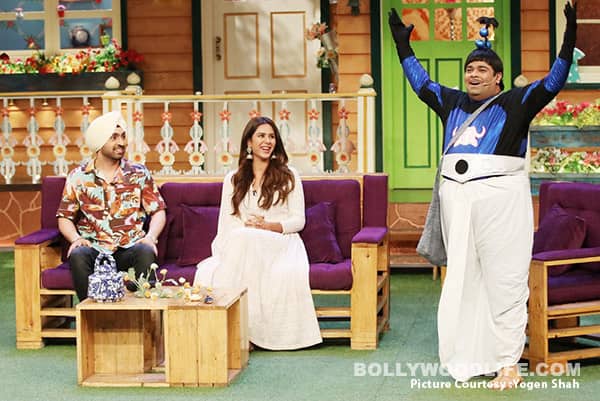 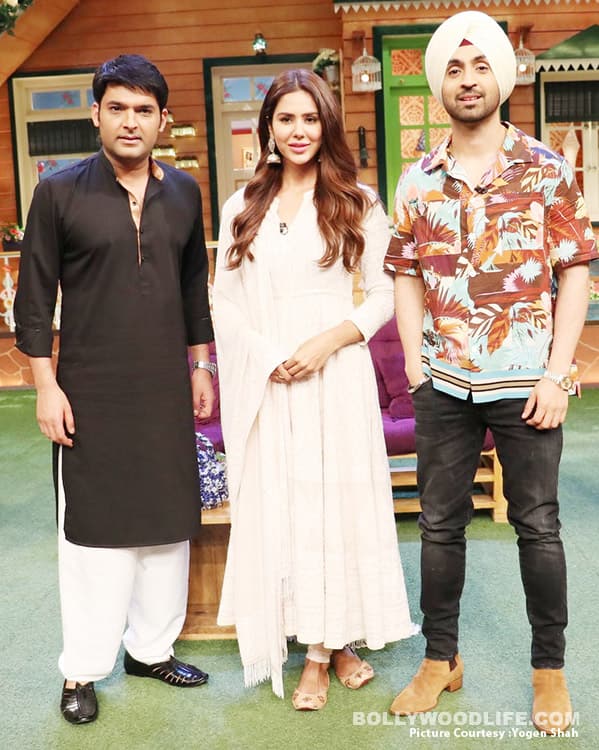 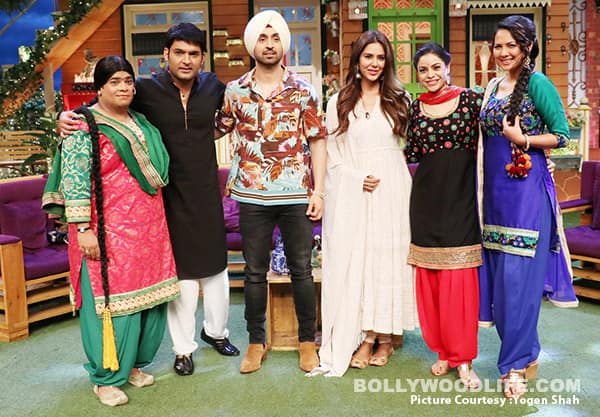 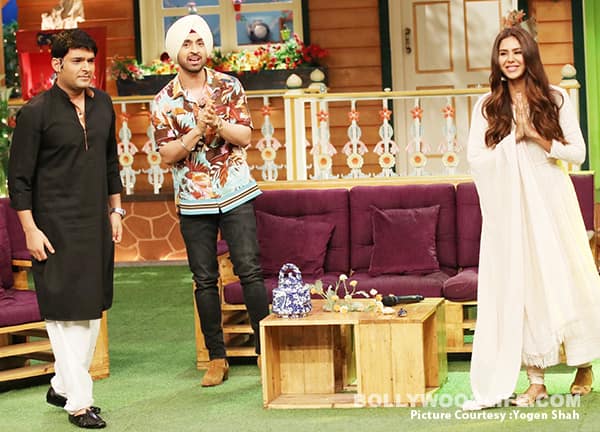 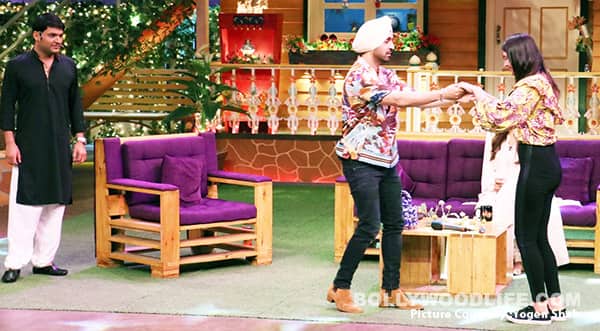 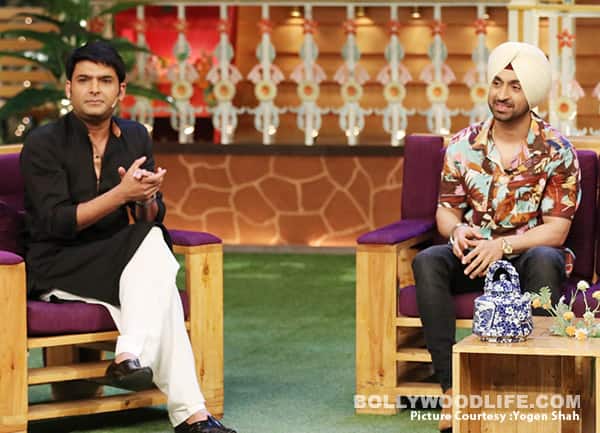 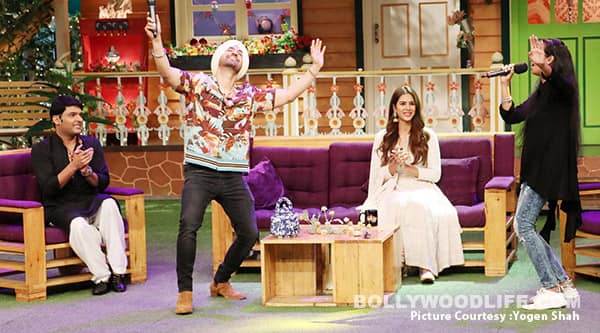 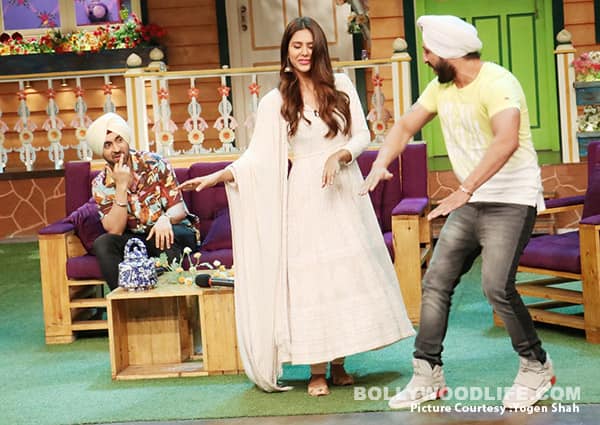 Sonam who has been a model also taught a man how to walk the ramp. Sumona Chakravarti and Rochelle looked damn pretty. Super Singh is a superhero flick directed by Anurag Singh. Stay tuned to Bollywood Life for more scoop and updates...