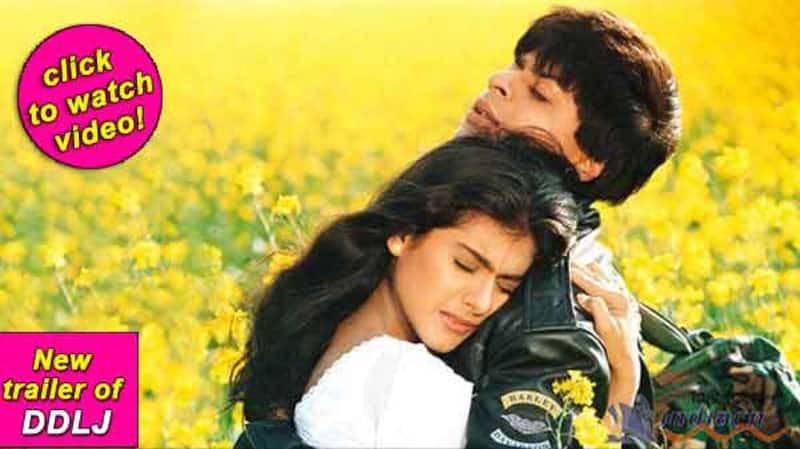 Raj and Simran’s iconic love story will complete 1000 weeks on December 12. As a tribute to the venture, Yash Raj Films has released a brand new trailer. Don’t miss it!

Boy meets girl, the two fall in love. The villain in the story is the girl’s grumpy ol’ dad who doesn’t approve of her union with the lover. The story also has ‘the other man,’ a legendary train sequence and a happy ending. All in all, Shah Rukh Khan and Kajol’s Dilwale Dulhania Le Jayenge is a perfect Bollywood love story which today, which will complete 1000 weeks on December 12!Raj(SRK) and Simran(Kajol) became a part of many journeys when they were first introduced in this venture by Yash Chopra on October 20, 1995. The film not only became a massive hit, but was also termed as one of the most iconic love stories the nation had seen. Still running in Maratha Mandir, DDLJ is stated to be the longest running film in the history of Indian cinema. Also Read - Priyanka Chopra drops her vacation pictures from Dubai and it's all things fun

As a tribute to the venture, YRF has released a brand new trailer. Showcasing some of the most iconic moments from the film, the trailer takes us down memory lane and reminds us of how Raj and Simran created history. Watch the video below and tell us what you think about it! Also Read - Shah Rukh Khan, Aamir Khan, Salman Khan and more biggest superstars of Bollywood and their first salaries