This could definitely be your new winter look! 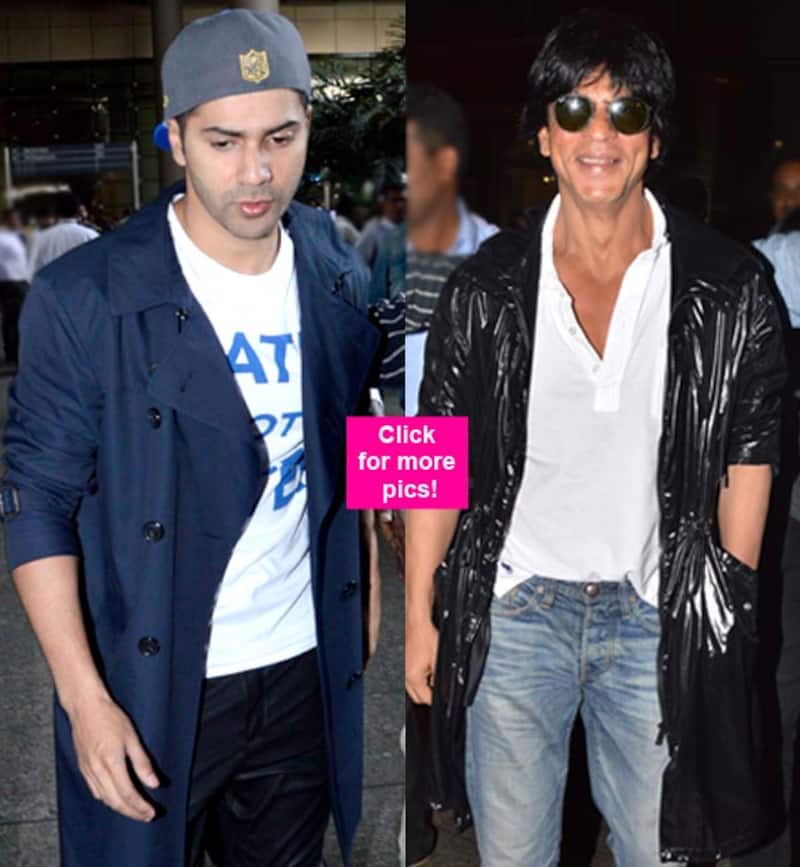 And Kajol and Kriti play the casual deal…

Shah Rukh Khan and Varun Dhawan might be playing brothers in their upcoming film, Dilwale, but looks like the co-stars like this brother deal more than you might think! For the promotions of their multi starrer Rohit Shetty film, Dilwale, the team flew to London to promote their film and boy did they get a good reaction! Shah Rukh Khan is definitely a charmer be it on screen or off screen because he swiftly mesmerised the British journalists with his wit and charm. Well, you can’t expect anything less from this actor anyway, right? And while SRK cast his charms, Varun too got a little ladies action! He was swarmed by ladies around him trying to get a hold of him and with his expression; we can tell that he was so lovin’ it! Also Read - Dunki: Taapsee Pannu on pictures from the sets being leaked; REVEALS Shah Rukh Khan, Rajkumar Hirani’s shocking reaction

And now that our shutterbugs caught them at the Mumbai airport, the news of them back is affirmative! And oh their airport look is definitely going to sweep you off your feet! Also Read - Raksha Bandhan 2022: Bollywood stars who are more successful than their brothers and sisters

SRK and Varun have caught a little London breeze in their fashion sense as both of them were spotted wearing trench coats.

Well, the trench coats sure are super cool, we wonder how the ladies didn’t get a hold of them. Kajol looked her simple best as she wore a casual white top and demin paired with a cool black leather jacket.

Kriti on the other hand decided to say bye to jackets and coats as she donned a grey full sleeves shirt with demins.

Well, boys and girls, you sure look your casual best! And yes, your looks prove that winter has come and it’s time for us to bring out the sweaters and hoodies from the closet. So tell us what you think of SRK and Varun’s trench coat style in the comments section below!