Bharat actress Disha Patani beats Kriti Sanon and Malaika Arora in a poll to become the hottest bikini babe! And who's complaining 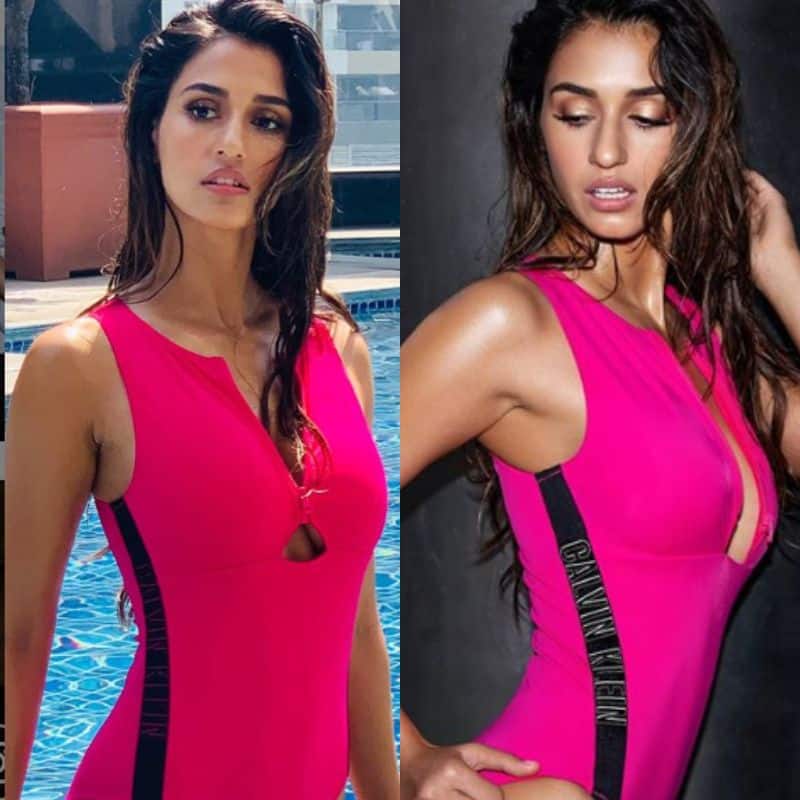 Disha Patani was on the verge of breaking the internet a few days ago as she posted a picture of herself in a pink monokini. The Bharat actress was clicked in a swimming pool and set temperatures soaring with her hotness quotient. And while that might seem like a mere statement, we make this statement with certain validation. A month back we asked our readers who they think is the hottest bikini girl of B-town. Disha Patani was competing with hot-shots Malaika Arora and Kriti Sanon. And while you stop to think who would have earned the title, we’ll inform you that Disha was crowned the hottest beauty in a swimsuit by fans. Also Read - Entertainment news today: Kriti Sanon refutes dating rumours with Prabhas; Ayesha Omar's reply on marriage plans with Shoaib Malik amid divorce with Sania Mirza and more

Since its Summer we asked which of the ladies left an impact in their swimsuits. We nominated Malaika's bikini look from her visit to the Maldives. The lady kept it very chic with sarongs, crochet mini-skirts, tops, and classy beachwear. Receiving 8 percent votes the actress came third in the poll. Also Read - Kriti Sanon refutes dating rumours with Prabhas; leaves their fans heartbroken

Not just Malaika's Maldives look was nominated, even Kriti Sanon's blue bikini avatar from her visit to the beautiful island was in the competition. The Luka Chuppi actress gave a tough competition to Disha Patani. However, with a narrow margin, Kriti lost the top slot. She received 40 per cent votes and stood second. Also Read - Trending South News today: Kangana Ranaut replaces Jyothika in Chandramukhi 2; Adipurush stars Prabhas, Kriti Sanon to get engaged and more

She craved a love that wasn’t just a wave, but an ocean ? ?? -Mark Anthony #throwback #Maldives

While the top spot was dominated by Disha Patani. The actress received a whopping 52 per cent votes, which added to her victory. We had nominated the same pink monokini, that was about to break the internet a few days ago. In another picture, Disha wore the same swimwear and looked as ravishing as one can imagine.

Well, looking at the pictures, we are quite impressed with Disha. On work, front Disha will be seen opposite Salman Khan in Bharat.