Recently, Disha Patani shared a bikini picture on Instagram, and her fans are loving it. Read on to know more... 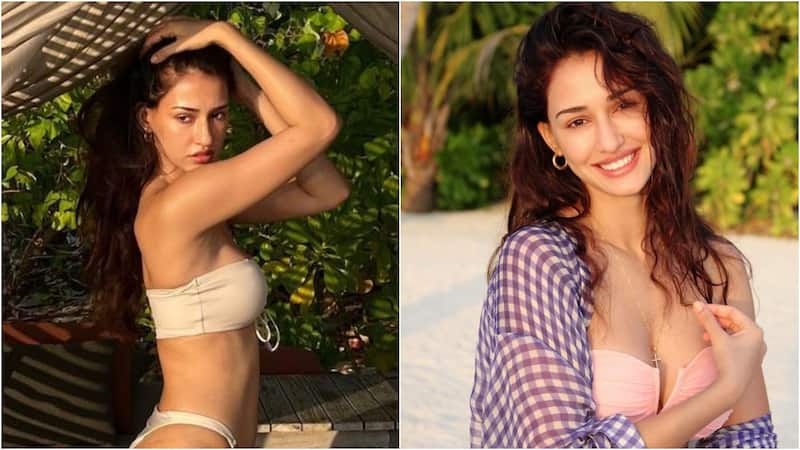 Disha Patani is undoubtedly one of the hottest actresses we have in Bollywood. While she has impressed one and all with her performance in multiple movies, the actress mostly grabs the attention of her fans because of her social media posts. Disha likes to treat her fans with her pictures in bikini and she sets social media on fire. Today also, she shared a bikini picture and her fans are going gaga over it. Check out the post below… Also Read - Tiger Shroff, John Abraham and more; Disha Patani shares hottest onscreen chemistry with her co-stars [View Pics]

Well, fans are loving this picture of Disha. A fan commented, “Garmi kaafi jaldhi aagayi.” Another fan wrote, “Hotness Overolled.” One more fan commented, “some people have nice eyes, some have nice faces and some have nice smiles, but you have all of them with a nice heart..!!” Another fan wrote, “Why always perfect.” Also Read - Ek Villain Returns actress Disha Patani sets social media on fire; shares UNSEEN steamy stills of the film [View Pics]

Disha has earlier posted many bikini pictures on her Instagram. She goes to Maldives for vacations and shares pictures from them. Reportedly, she goes on these holidays with her alleged boyfriend Tiger Shroff. Check out her other bikini pictures below… Also Read - Sushmita Sen trolled as 'baigairat' for watching Laal Singh Chaddha with ex; times when actresses were slammed for their life choices

On the work front, Disha will be seen in movies like KTina, Ek Villain Returns, and Yodha. Ek Villain Returns, which also stars John Abraham, Arjun Kapoor, and Tara Sutaria in lead roles, is slated to release on 8th July 2022. Yodha also features Sidharth Malhotra and Raashii Khanna, and it will hit the big screens on 11th November 2022. KTina started rolling before the pandemic, but due to Covid-19 the shoot was stalled, and currently, there's no update on the film.